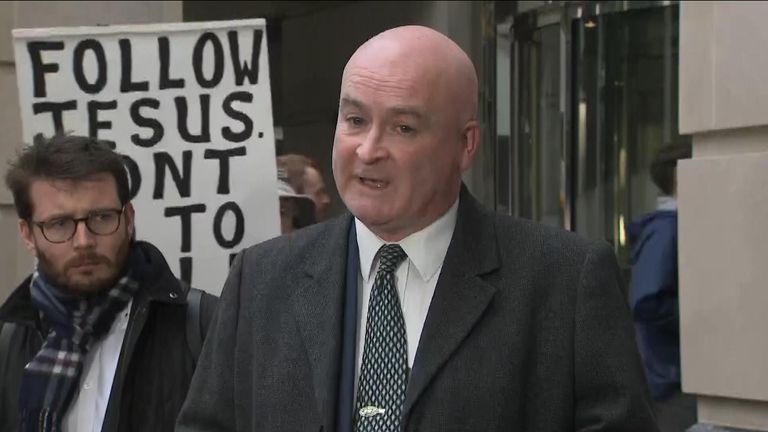 Transport Secretary Mark Harper has said “there is a deal to be done” with the rail unions to bring planned industrial action to an end following a “constructive” meeting with RMT leader Mick Lynch.

Mr Harper said he and Mr Lynch, the boss of the sector’s biggest union, “had an open and honest conversation about the serious challenges facing the railways” amid the looming strikes and have “common ground”.

“We both want the dispute to end and we both want a thriving railway which delivers for passengers and workers alike. To achieve this though, we need to work together, across the entire industry to ensure our railway industry thrives,” the transport secretary said in a statement.

“There is a deal to be done, and I believe we will get there – I want to facilitate the RMT and the employers to reach an agreement and end the dispute for the benefit of the travelling public.”

Speaking to broadcasters, he added: “So, I think there is a lot of shared agreement there, but we need to have the two sides – the trade unions and the employers – sit down, agree on the detail so that we can bring this dispute to an end.”

Mr Lynch agreed that the meeting was “positive”, telling reporters outside the Department for Transport: “We’re now starting to get a dialogue.”

He added that there had been a change in tone from what he called the “bellicose nonsense” from Grant Shapps, who was transport secretary under Boris Johnson from July 2019 to September of this year.

The RMT boss said Mr Harper had committed to writing to him about how he plans to take “forward steps towards a resolution”.

Speaking to Sky News later on Thursday, Mr Lynch said: “He is not going to negotiate with me, that is not his job, I understand that. But he has got to put some momentum into this process so that we can get a settlement and hopefully call off these strikes.

“But we won’t call them off until we have got tangible progress and a document we can put to our members in a referendum.”

Ahead of today’s meeting, the transport secretary told Sky News the government is “simply not in a position to pay inflation pay rises”.

Mr Harper told The Take with Sophy Ridge that he understands why “people facing these cost-of-living pressures want more pay”, but said if ministers were to grant this wish, “the danger is that we would embed inflation”.

Earlier this week, Mr Lynch insisted he’s “not the Grinch” as he announced four 48-hour strikes over Christmas and New Year, saying that there had been no improved offer on jobs, pay and conditions.

It means disruption for travellers, workers and shoppers in the run-up to Christmas and for people returning home after the festive break.

There could also be problems on other days because the RMT said an overtime ban would run from 18 December to 2 January. 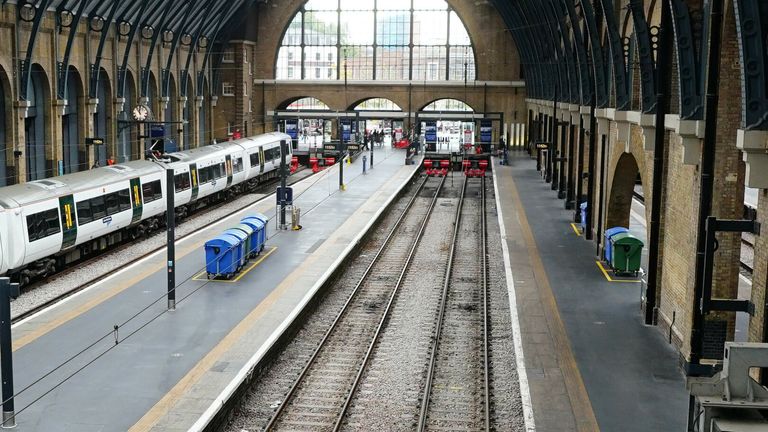 The transport secretary warned Sky News that the upcoming strikes will have “a very significant cost”.

The Christmas action will be the latest in a series of rail strikes that began in June and follows RMT members last week voting to continue striking for another six months.

Train drivers who belong to the Aslef union are staging a separate strike this Saturday, hitting services run by 11 operators, including Great Western and Southeastern.