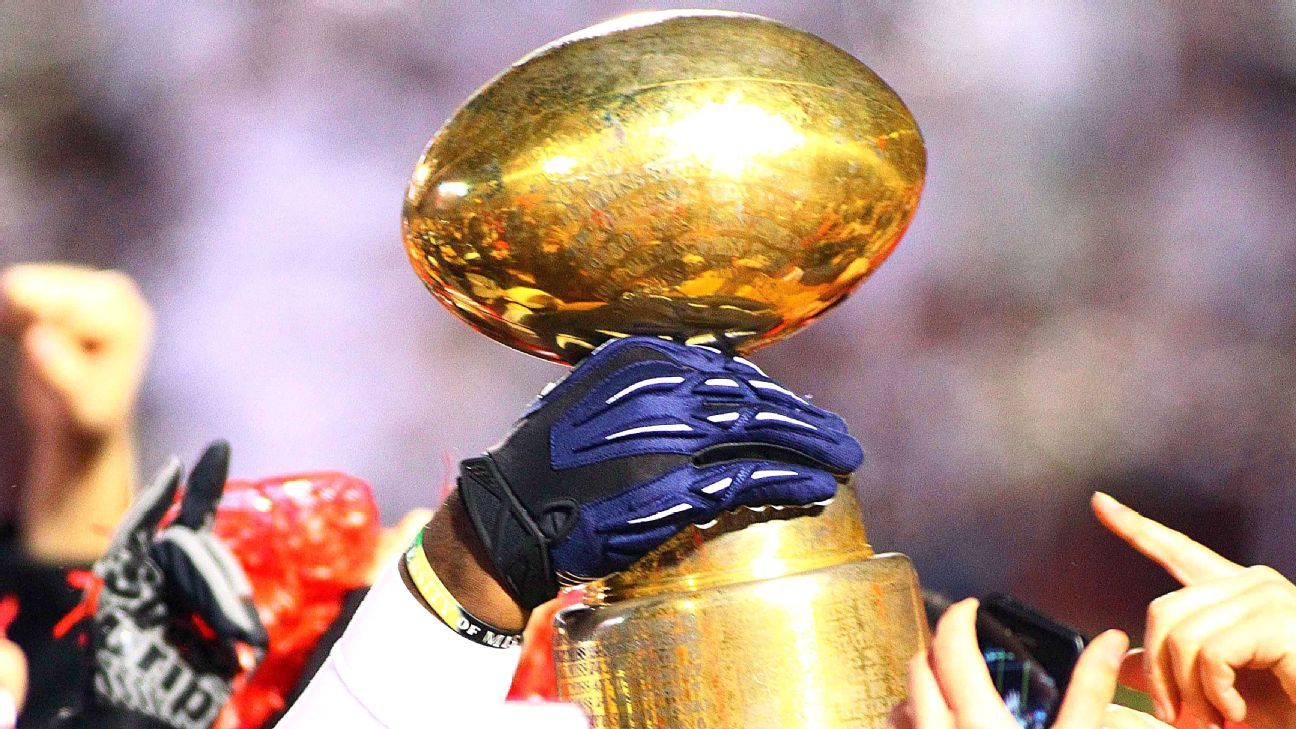 They call it the Egg Bowl, but the annual

And rather than play for overtime on the road, Ole Miss had Romaro Miller air it out downfield. Except Robert Bean deflected the pass and kicked it up in the air. Eugene Clinton got under it and caught the interception around the 50-yard line and ran the ball back to the 27 with 8 seconds left. Scott Westerfield then connected on the 44-yard game-winning field goal. Once Ole Miss went out of bounds on the kickoff return, fans rushed the field.

Legends are made in rivalry games. Before Dak Prescott led Mississippi State to the No. 1 ranking in 2014 and before he set school records on his way to becoming a fourth-round draft pick a year later, he was a sophomore in his first season as a starter, dealing with an arm injury that knocked him out of the two games before the Egg Bowl. And for the first three quarters against Ole Miss, he stood on the sideline.

But, with the Bulldogs trailing by a field goal with 11 minutes left, Prescott persuaded Mullen to let him in the game. After knocking off the rust during his first drive, he drove the offense 59 yards on 13 plays to secure a game-tying field goal. Then, in overtime, he ran for the winning touchdown.

Mississippi State escapes with a 21-20 victory after Ole Miss WR Elijah Moore was penalized for celebrating a touchdown by pretending to urinate like a dog and the Rebels missed the ensuing extra point.

First, there needs to be context about the Egg Bowl to end all Egg Bowls. Because if you thought the 2019 game was the first time an Ole Miss player faked urinating on Mississippi State’s field, you’d be wrong. Two years earlier, after a pregame scuffle, DK Metcalf scored a touchdown late in the third quarter, hiked his leg to mimic a dog peeing and incurred a 15-yard penalty.

And just to make sure the fire was still burning before the return trip to Starkville, let’s not forget A.J. Brown’s would-be touchdown at the end of a third-quarter blowout in Oxford and the pushing and shoving that turned into a bench-clearing brawl. To punctuate the lack of civility, referees assessed a penalty to every player on both teams.

OK, now on to 2019. There have been wild plays and wild finishes throughout Egg Bowl history, but no game has produced more fireworks than the one in 2019. After playing to a tie in the first half, the Bulldogs went ahead on a Garrett Shrader 5-yard touchdown run in the third quarter. And it looked as if that was that as Ole Miss punted twice and threw an interception in the fourth quarter. But then, with 2 minutes left, Matt Corral, who had come on in relief of starter John Rhys Plumlee, drove the Rebs 80 yards on 11 plays. On the 2-yard line with only 4 seconds remaining, Corral found Elijah Moore in the end zone for what looked like the tying score. Except Moore repeated Metcalf’s antics, hiked his leg right in front of a referee and was flagged for unsportsmanlike conduct. The touchdown held, but you can guess what happened next. Pushed back 15 yards from the penalty, Luke Logan missed the point after attempt and State won.

In a game in which both coaches were on the hot seat, neither survived. Ole Miss fired Matt Luke days later and replaced him with headline-grabbing Lane Kiffin. Not to be outdone, Mississippi State fired Joe Moorhead and got a big name of its own in Mike Leach.