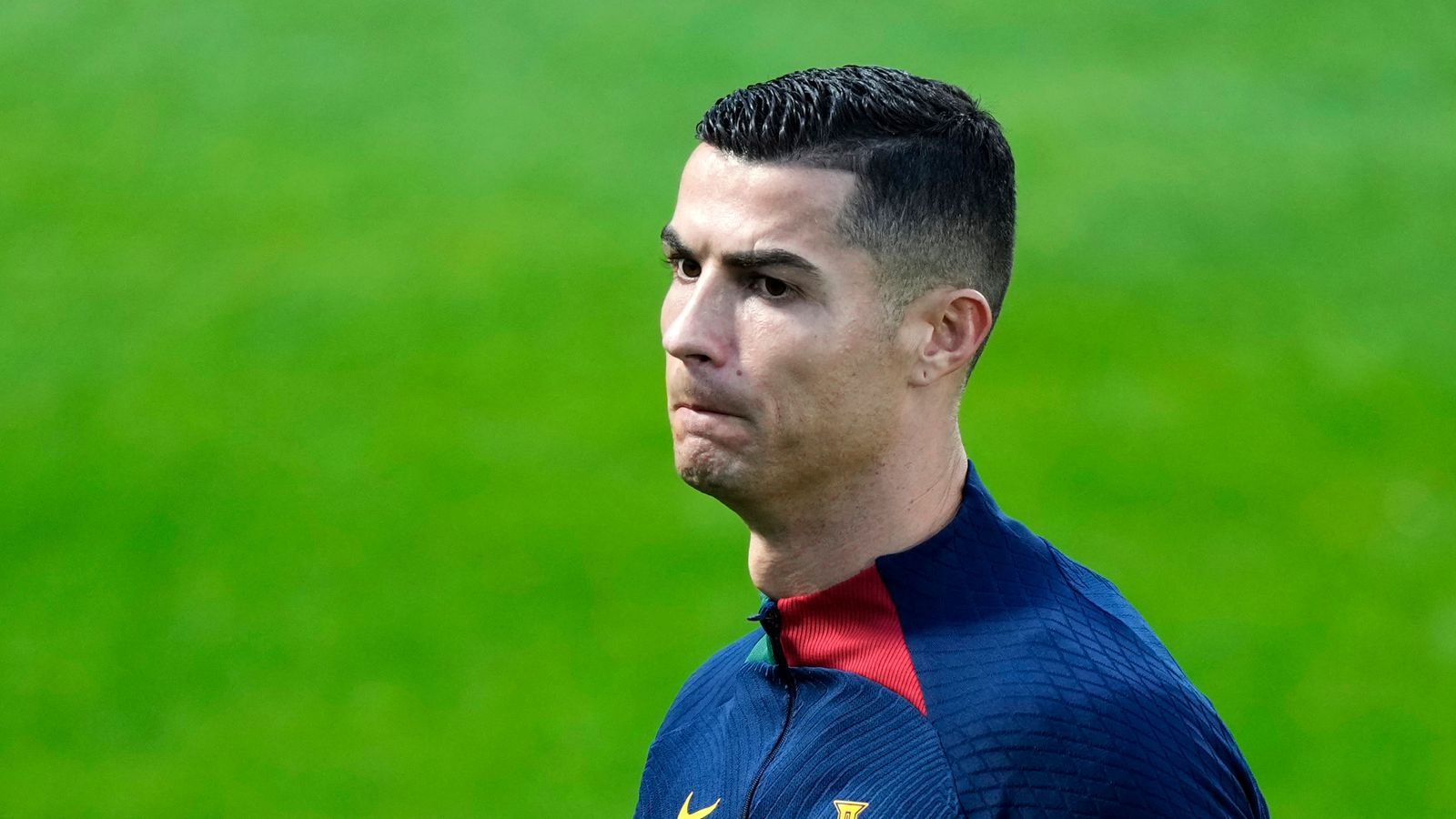 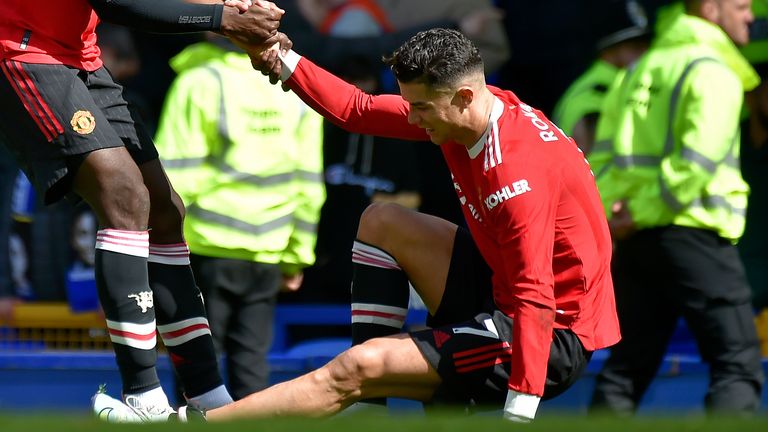 Cristiano Ronaldo has been suspended for two matches, fined £50,000 and given a warning for breaching an FA rule by slapping a mobile phone out of a boy’s hand following a match earlier this year.

The footballer, who was asked to leave Manchester United with immediate effect on Tuesday after intensely criticising the club in an interview with Piers Morgan, admitted to “improper” conduct after the final whistle of a Premier League game between United and Everton on 9 April.

Everton beat his side 1-0 at their home ground, Goodison Park.

As Ronaldo left the field, he was filmed throwing his right hand towards the ground and a phone bounced out the hand of teenage spectator Jake Harding and on to the floor.

The fan’s mother claimed her son was left “bruised” by the incident, which left the youngster “in complete shock”. The boy said the player hit his hand “very hard”.

A witness said they saw Ronaldo slap the spectator’s hand “with force” and thought at the time it was “overly hard”. Another said it was “unprovoked.”

Ronaldo, who was limping off the pitch with a leg injury, said he could not see who the arm belonged to, but could see it was “holding an object.” He said his instinctive reaction was to slap “the object away”, claiming the incident was “an instinctively proactive reaction”.

‘Deliberate and forceful slap down’

The Football Association’s independent Regulatory Commission, in its decision and written reasons, said Ronaldo admitted and was cautioned by police for offences of assault by beating (battery) and criminal damage.

He paid £200 to the spectator for damage caused to the phone, which was smashed, the commission added, and he apologised for the incident on Instagram and invited the fan to a match at Old Trafford.

A statement released by the FA said: “The forward admitted that his conduct after the final whistle of the Premier League game between Manchester United FC and Everton FC on Saturday 9 April 2022 was improper.

“An independent Regulatory Commission found that his conduct was both improper and violent during a subsequent hearing, and imposed these sanctions.”

The independent Regulatory Commission said the player could have simply ignored or walked around the spectator, who “posed no actual or perceived threat”.

Sanctions were deemed appropriate since the incident was “a deliberate and forceful slap down”, “petulant”, “caused damage… and reddening to the spectator’s hand”, and “the victim was a child” – aggravated by the fact that Ronaldo is a very high-profile footballer whose conduct was witnessed by many people.

The ban will still apply when Ronaldo joins a new club in any country but it does not apply to the World Cup.