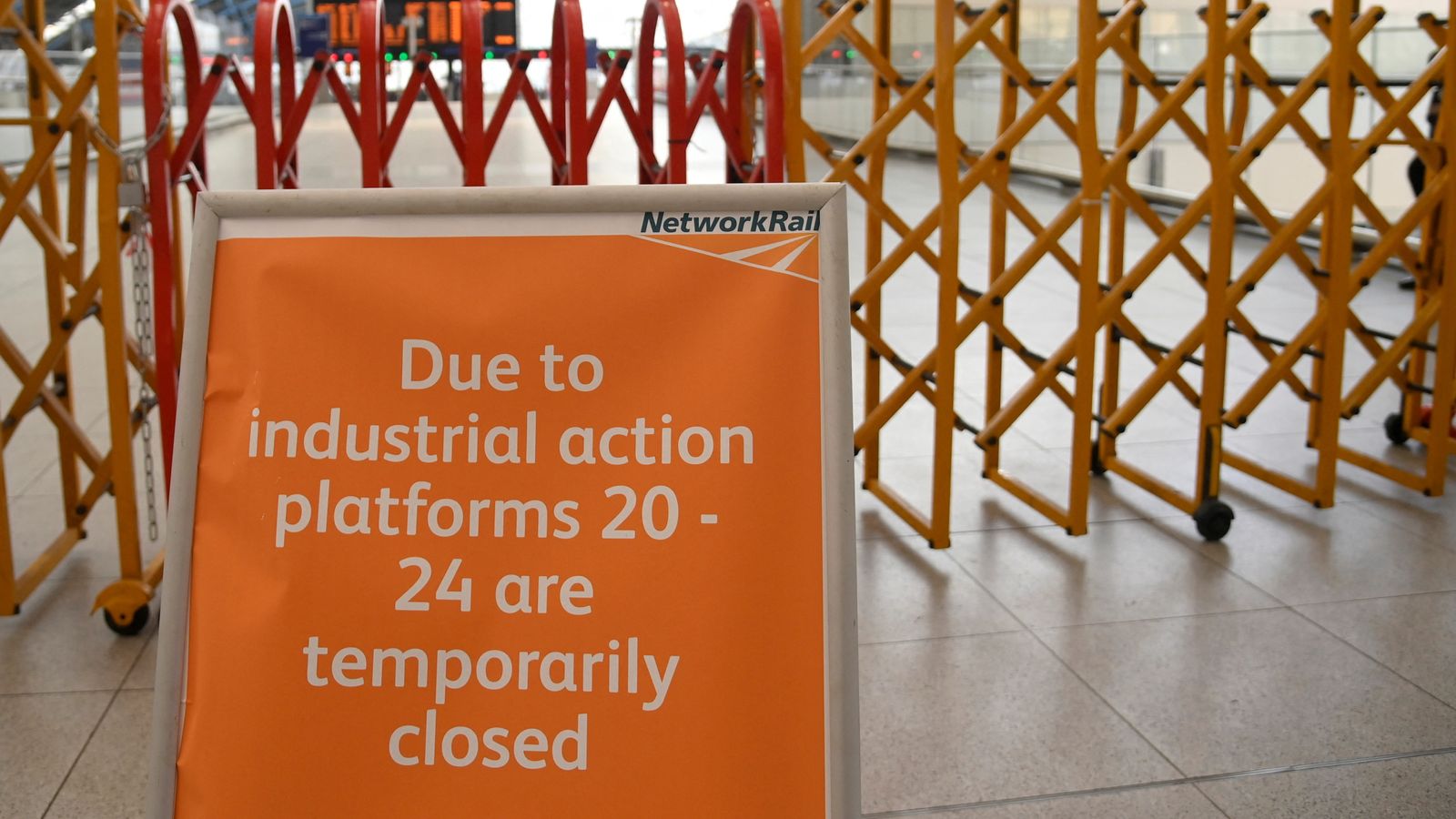 Train passengers face disruption across the festive period with railway workers set to stage a series of 48-hour strikes in the long-running dispute over jobs, pay and conditions.

More than 40,000 members of the Rail, Maritime and Transport union (RMT) across Network Rail and 14 train operating companies will strike.

There will also be an overtime ban across the railways from 18 December until 2 January, which means RMT will be taking industrial action across four weeks.

Many operators are still assessing the potential impact of the industrial action and will then provide more details to passengers.

It comes after a long period of action and as some operators, such as West Midlands Railway and Southeastern, prepare to introduce “easier to understand” timetables on 11 December, with some significant changes for some routes.

Which operators have given updates on the December and January strikes?

Not all train companies have provided information on how their services will be affected, but these are the ones that have:

GWR has warned its passengers to only travel by train if “absolutely necessary”. A reduced timetable will be in operation and many routes will have no services at all. Travellers should expect any trains which are able to run to be “extremely busy”. More details about the impact of the festive strikes “will be provided in due course”.

The company is still assessing how the December and January strike action will impact its services and will have “more information for you soon”.

EMR has said it is “working to identify” how the strikes will impact its timetables.

More information about the impact on services will be provided when available.

The operator hopes industrial action can be avoided, but warns passengers should “avoid travelling with us” on strike days and urges people to check for updates before travelling.

Disruption will be faced by travellers throughout the country if the strikes take place, with further updates expected to be given from these operators:

Rail passengers are also being warned of severe disruption across the network this Saturday when members of the train drivers’ union, Aslef, go on strike.

Who could buy Manchester United? The billionaire boyhood fan and seven other possible contenders
Chinese officials crack down on protests at Apple iPhone factory in Zhengzhou