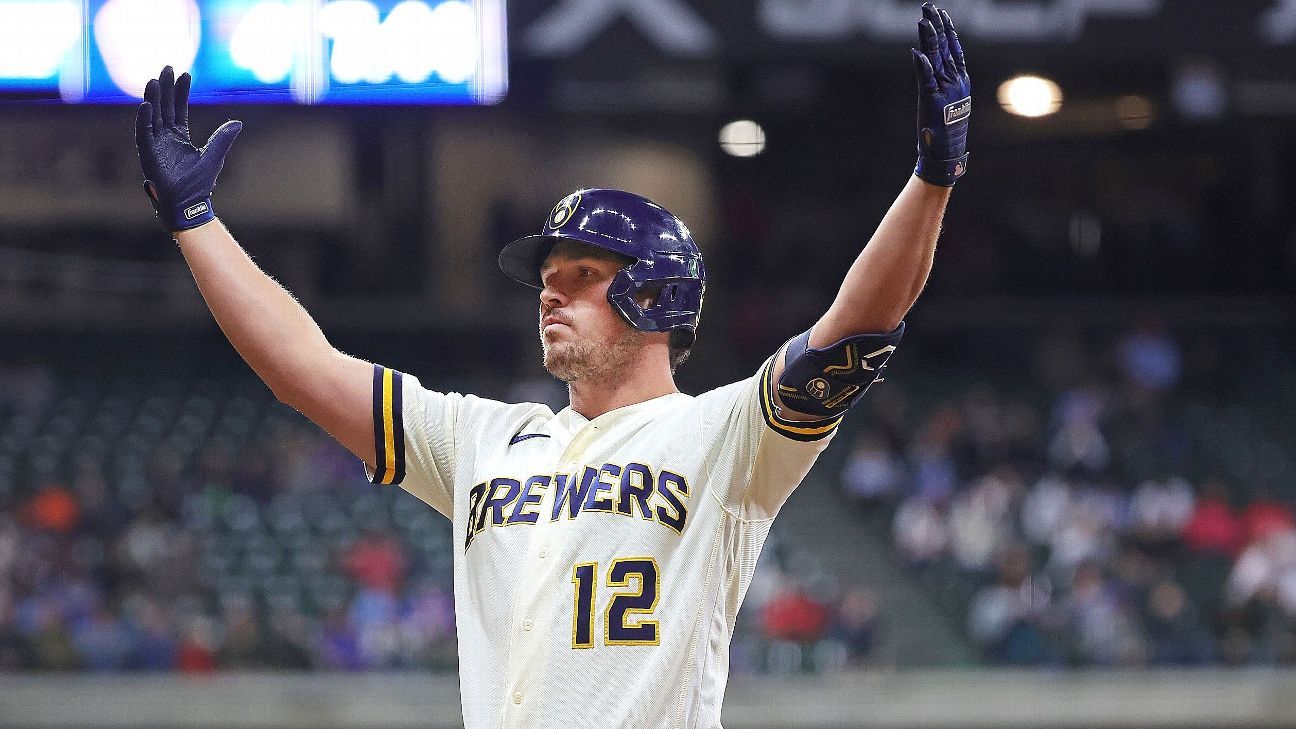 He joins an Angels team looking for offense to support superstars Mike Trout and Shohei Ohtani in a top-heavy lineup that struggled overall this year. Los Angeles went 73-89 and finished third in the AL West.

Los Angeles, whose postseason drought extends to 2014, has been busy in the early parts of this offseason. It acquired veteran infielder Gio Urshela from the Minnesota Twins and signed starting pitcher Tyler Anderson last week.

Milwaukee, with a limited budget, was second in the NL Central at 86-76 and missed the playoffs for the first time since 2017 after four consecutive appearances.

Renfroe was drafted 13th overall by San Diego in 2013 and spent his first four big league seasons with the Padres. But the Angels will mark his fifth team in five years, including Tampa Bay (2020) and Boston (2021).

Junk, 26, spent most of the season with Triple-A Salt Lake but made three appearances for the Angels, including two starts. He was 1-1 with a 6.48 ERA in 8⅓ innings.

The 25-year-old Peguero made 13 relief appearances for the Angels this season, compiling a 6.75 ERA in 17⅓ innings. He pitched in 38 games for Salt Lake.

Seminaris, 24, was selected by the Angels in the fifth round of the 2020 draft out of Long Beach State. He made a combined 21 starts and three relief appearances this year with High-A Tri-City, Double-A Rocket City and Triple-A Salt Lake, going 7-11 with a 3.54 ERA. He’s struck out 209 batters in 185 minor league innings.

“We are happy to welcome three quality young arms to our organization, two of which are already on the major league roster and have a chance to impact our team in 2023,” Milwaukee general manager Matt Arnold said. “The ability to add pitching depth to an already strong stable of big league arms is something we feel good about.”

Milwaukee has several outfield prospects who could fill Renfroe’s spot after playing in Triple-A this season.

Garrett Mitchell, a 2020 first-round draft pick, was called up late in the season and had an .832 OPS in 23 games. Sal Frelick, Esteury Ruiz and Joey Wiemer all spent at least part of the season at Triple-A Nashville. Ruiz was acquired from San Diego in the deal for All-Star closer Josh Hader just before the trade deadline.

“We are very thankful to Hunter for all of his contributions, both on and off the field,” Arnold said. “While he will certainly be missed, this is an opportunity for our group of exciting young outfielders to impact our major league team in the near future.”