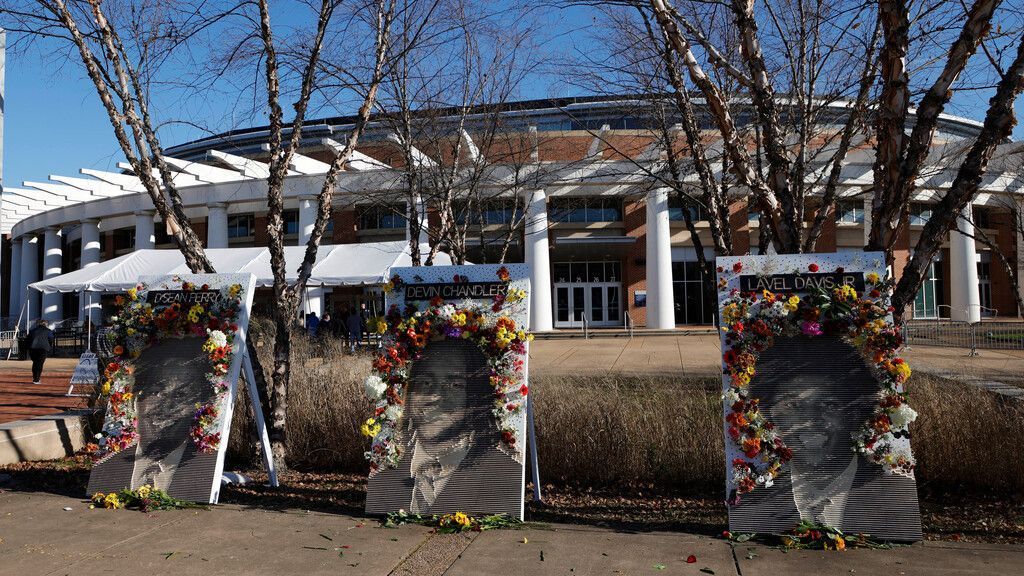 Wide receivers Devin Chandler and Lavel Davis Jr. and linebacker D’Sean Perry were shot and killed and running back Mike Hollins injured when Christopher Darnell Jones Jr. allegedly opened fire on a charter bus after returning from a class trip on Nov. 13. A fifth student, Marlee Morgan, also was shot, and she is recovering at home with her family. Hollins was released from the hospital on Sunday

Jones has been charged with three counts of second-degree murder and the use of a firearm in the commission of a felony. Prosecutors also have charged him with two counts of malicious wounding and additional gun-related charges related to the shooting of Hollins and Morgan.

Jones is being held without bail in a Charlottesville, Virginia, jail.

The Iron Bowl, The Game and beyond: What makes a perfect rivalry?
How MLB’s new rules — shift ban, pitch clock, bigger bases — will change this offseason’s free agency