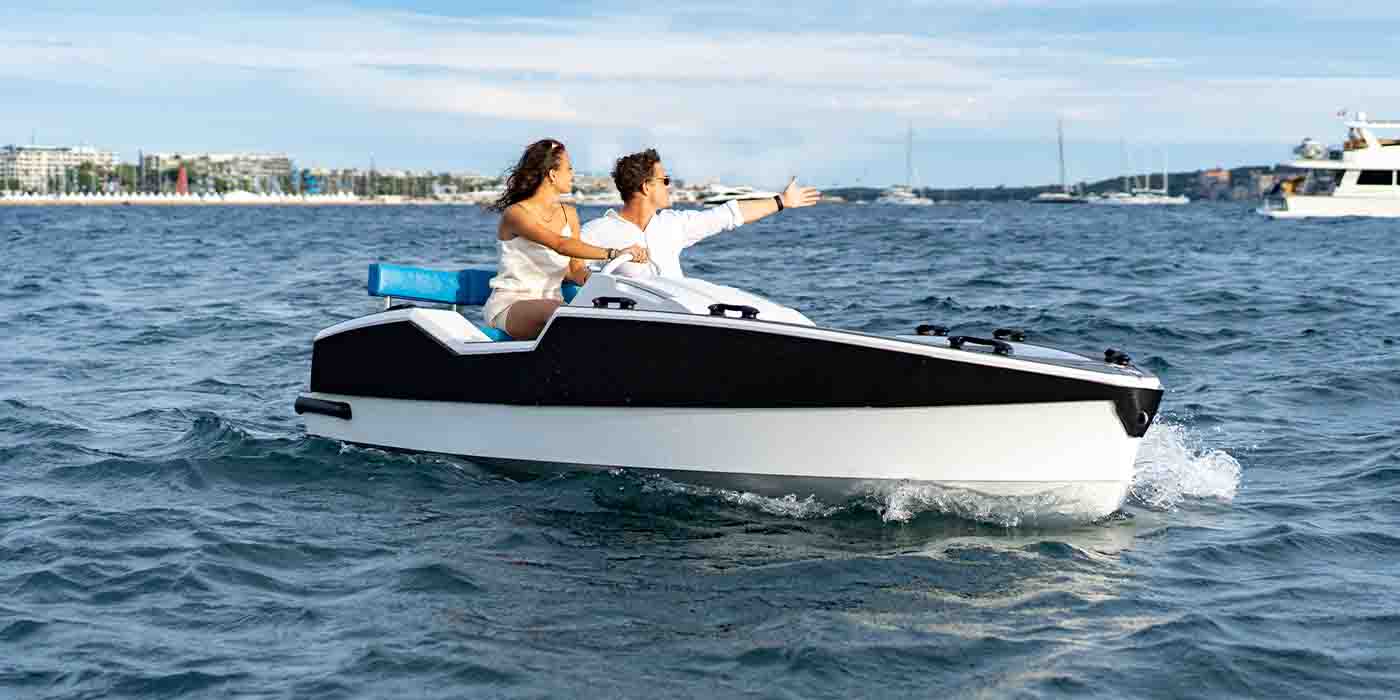 Solar electric yacht builder Silent Yachts has announced an all-electric tender to support its growing lineup of zero-emissions ships. Despite being a tiny vessel, the SILENT Tender 400 was built with the same design standards as Silent Yachts’ larger boats. Built with carbon fiber and up to 30 kW of electric power, the Tender 400 is light and agile, whether it’s sitting on the stern, or transporting up to six people to and from shore. Have a look.

Silent Yachts was founded by Heike and Michael Köhle, who together have sailed over 75,000 nautical miles around the world. Following their extensive travels at sea, the two decided there had to be a better way to propel yachts with clean energy.

After five years of sea trials that began in 2010, Silent Yachts had developed proven solar yacht concept, and began serial production of luxury sustainable vessels in 2016 with the SILENT-64. In the past, we’ve covered Silent Yachts’ larger vessels, like our trip aboard the SILENT-60, which first debuted in 2021.

As the solar electric yacht developer continues to expand into bigger and better at sea, it has shaken things up with a small but mighty electric tender to provide added mobility to its customers.

According to the press release from Silent Yachts, its all-electric SILENT Tender 400 measures four meters from transom to bow and takes a number of design cues from its 60- and 80-foot siblings, including its signature black and white finish.

Thanks to its carbon fiber design, the electric tender weighs just 90 kg (198 lbs), making its easier to lift in and out of the water using the hydraulic platform on the SILENT-60 for instance. Light weight also makes the all-electric SILENT Tender 400 ultra-efficient, offering the capability to transport at speeds over 20 knots. Founder and CEO Michael Köhler elaborated:

We are very proud to present the new SILENT Tender 400, which is one of the most efficient electric tenders on the market. It follows the same design principles as our award-winning electric yachts, with dimensions that enable it to fit both the SILENT 60 series and SILENT 80 series yachts. What is more, the hull gives passengers a really dry ride, even at speed and in confused seas.

Yacht owners who add the electric tender can choose between 20 kW inboard waterjet propulsion system, or a sportier outboard motor capable of 20 or 30 kW. Customers can also choose between a 16 kWh or upgraded 20 kWh lithium battery. Silent Yachts states the electric tender can cruise comfortably at 10 knots for at lease two hours before needing to recharge. With fast charging onboard, the SILENT Tender 400 can replenish in 2.5 hours.

This electric tender is currently designed for the SILENT-60 solar electric yacht, but can also be used on the SILENT-80 or any other yacht. Looking ahed, the company says it is already developing a larger, 5.1 meter electric tender designed specifically for its SILENT-80 series at the request of its customers. Check out the SILENT Tender 400 in action below: