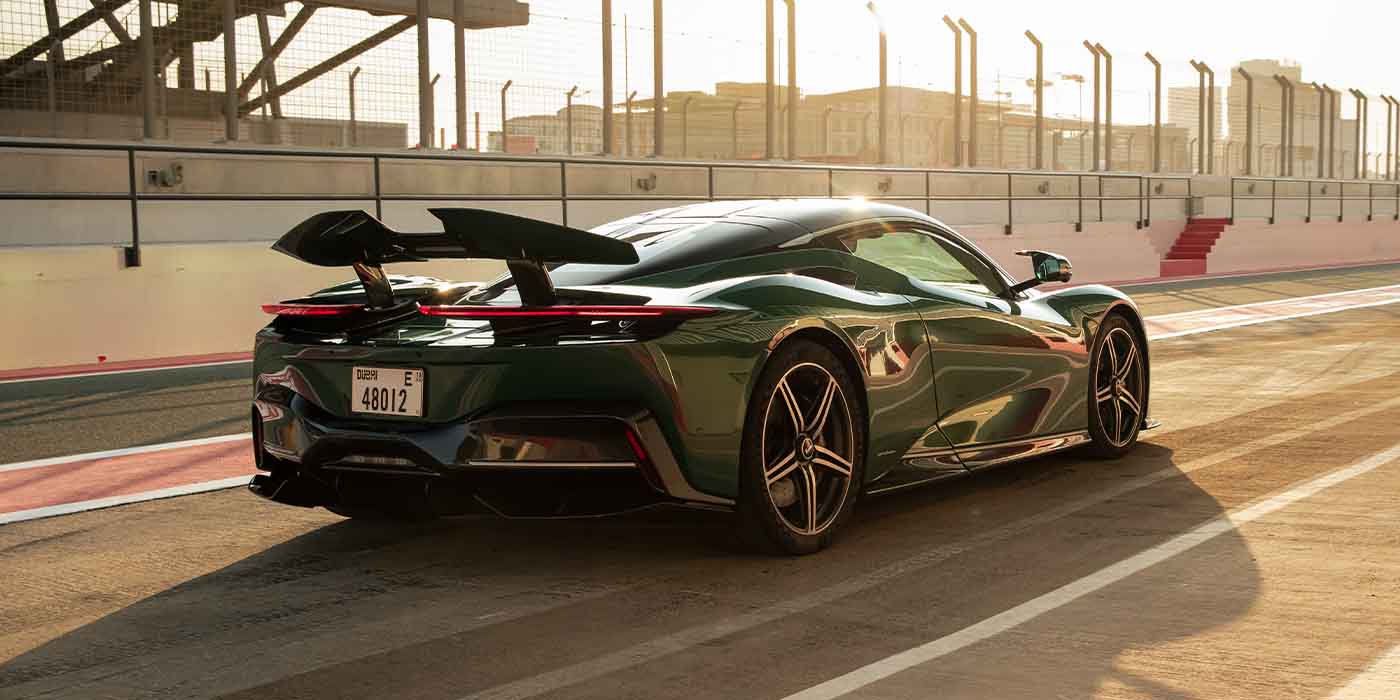 As part of its official debut in the Middle East, Automobili Pininfarina offered a demonstration of its all-electric Battista hyper GT and its 1,900 horsepower in action, celebrating a laundry list of new world records for a production vehicle. Learn more and see the Battista hyper GT’s insane acceleration from Dubai in the video below.

Automobili Pininfarina GmbH is a Munich-based subsidiary of Mahindra & Mahindra, who purchased the Italian car design firm Pininfarina SpA back in 2015. The exotic automaker’s Italian roots date back to the original Pininfarina marque founded in 1930 by Battista “Pinin” Farina.

In fact, the Battista hyper GT is named after its predecessor’s original founder that initially debuted as a concept EV at Monterey Car Week 2018. Although Automobili Pininfarina originally promised the Battista be available to challenge world records in 2020, delays said otherwise. The hypercar developer ended up unveiling a production-ready version at Monterey Car Week in 2021.

The handcrafted hypercars finally began rolling off the assembly lines at the automaker’s Atelier engineering and development hub in Cambiano, Italy, earlier this year with deliveries currently underway. However, the Battista hyper GT had yet to debut in the Middle East, so to truly demonstrate its power, Automobili Pininfarina took it to the track in Dubai alongside news of several confirmed world records.

According to its press release, Automobili Pininfarina achieved a series of world records during the final round of homologation for its all-electric Battista hyper GT. The automaker shared these acheivements while simultanesouly confirming the performance specs those very exclusive Battista customers will be able to experience.

To give you a feel for just how “hyper” this GT is, you’ve gotta read some of its confirmed specs. We’re talking 1,900 horsepower and 2,340 Nm of torque and a top speed of 350 km/h (217.5 mph). It’s no wonder the Battista hyper GT snagged some world records for a production car. Here’s its current trophy case:

Automobili Pininfarina Chief Product and Engineering Officer Paolo Dellacha spoke to the Battista GT’s world record achievements and the design that went into it:

I am proud that our new electric hyper GT delivers on the promises we made when we set out or development plan. In Battista, we have achieved performance beyond our original, extreme targets. Perfectly optimized weight distribution and low centre of gravity are at the heart of this result.  The combination of bespoke chassis and suspension tuning, tires proven over many thousands of test miles and four-motor torque vectoring delivering unprecedented power enables Battista to be the fastest accelerating road-legal car in the world. Battista’s incredible technical package includes a carbon ceramic brake system, helping the Italian hyper GT become the fastest braking electric car in the world. Our discerning clients here in the UAE have been overwhelmed by the Battista driving experience, which is as breathtaking as its award-winning design.

Each Battista takes over 1,250 hours to assemble in Italy and is fully bespoke for each customer. Only 150 in total will be made, hence their starting price of 2.2 million euros. Check out the world record holding Battista GT performing a 200 km/h acceleration test during its Dubai debut below.