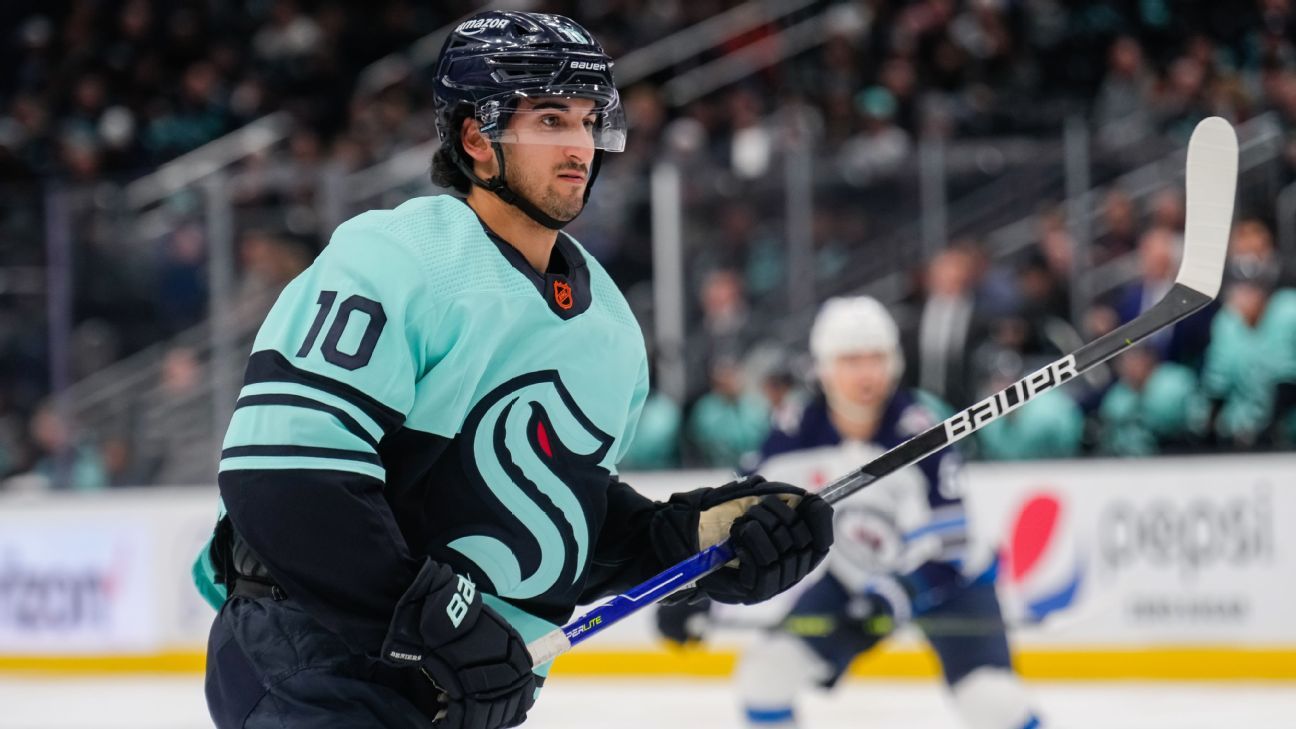 Good people. That is all Bob and Christine Beniers ever wanted their three children to be when they got older. They saw early signs of that in their youngest child when he was playing youth league basketball back home in Hingham, Mass., a Boston suburb.

Beniers had a teammate who was not the best at basketball. But Beniers kept passing him the ball to make sure that particular teammate got a chance to take a few shots in the game.

“After the game, that kid’s mother thanked me for what Matty did,” Bob recalled. “She said, ‘My son never touches the ball. … That’s the way any parent should want their son and daughter to be. That’s to be humble and nice to people and be aware of other people’s feelings. That’s a lot more important than hockey.”

Then Bob learned about another story. It was Halloween when Gourde and his family went to visit Beniers and Will Borgen, who share a house together. The Gourde’s arrived only to find Beniers and Borgen were dressed in costumes so Gourde’s two daughters could have Halloween with them before going trick-or-treating later that night.

“Stuff like that is how you know they are genuine, super good, super nice and we appreciated that,” Gourde said.

Beniers and Borgen are housemates who have bonded over watching games, watching Game of Thrones, playing video games and debating over who is worse at Mario Kart.

“They text each other from their rooms,” quipped Carson Soucy, who sits next to Borgen in the dressing room at the team’s practice facility.

Borgen said Beniers is a clean housemate who is also guilty of leaving his laundry in the dryer for a few days. He says they don’t cook much. But when they do, Beniers is the better cook of the two. Borgen says Beniers’ specialty is his garlic bread. It’s possible Beniers displayed those skills the weekend before Thanksgiving when his parents and two siblings flew to Seattle to do their version of Thanksgiving along with Borgen.

Going out to dinner gives them a chance to hang out even more, explore different restaurants and also see more of Seattle. It’s just that going out to dinner also means Beniers is learning what it means to be a professional athlete in a public setting.

What’s it like to be Beniers? How does he handle what comes with being a first-line NHL center, who could win the Calder and help the Kraken now and in the future, all while doing it in a market that is still new to hockey?

“I have no idea!” Beniers says in a way that makes everyone around him laugh. “I don’t even think about it. I think I have high expectations that supersedes what everyone else’s expectations are. I think for a lot of guys on this team someone might say, ‘You played a great game’ and you might think you played awful. I feel like I am the same way.”

Bob, however, does have a way to describe it: It’s surreal. For their family, they realize it was just a few years ago when Matty moved from home to go play for the National Team Development Program. The lessons he learned at the NTDP are still ones he carries with him to this day. Bob said the reason Matty takes a nap before every game is because that is what they did at the NTDP to help players understand how sleep can impact a routine.

Bob and Christine watch Matty’s games on TV. They also try to see him in person when time allows. They flew to Pittsburgh to not only watch the Kraken play the Penguins. But they flew to make sure they could celebrate their son’s 20th birthday. Bob said Christine made sure their son got his presents and “a big hug from mom” because those things are still important.

“I tell him all the time he is a very lucky young man,” Bob said. “I have also told him to take a lot of pictures so he can remember the ride.”