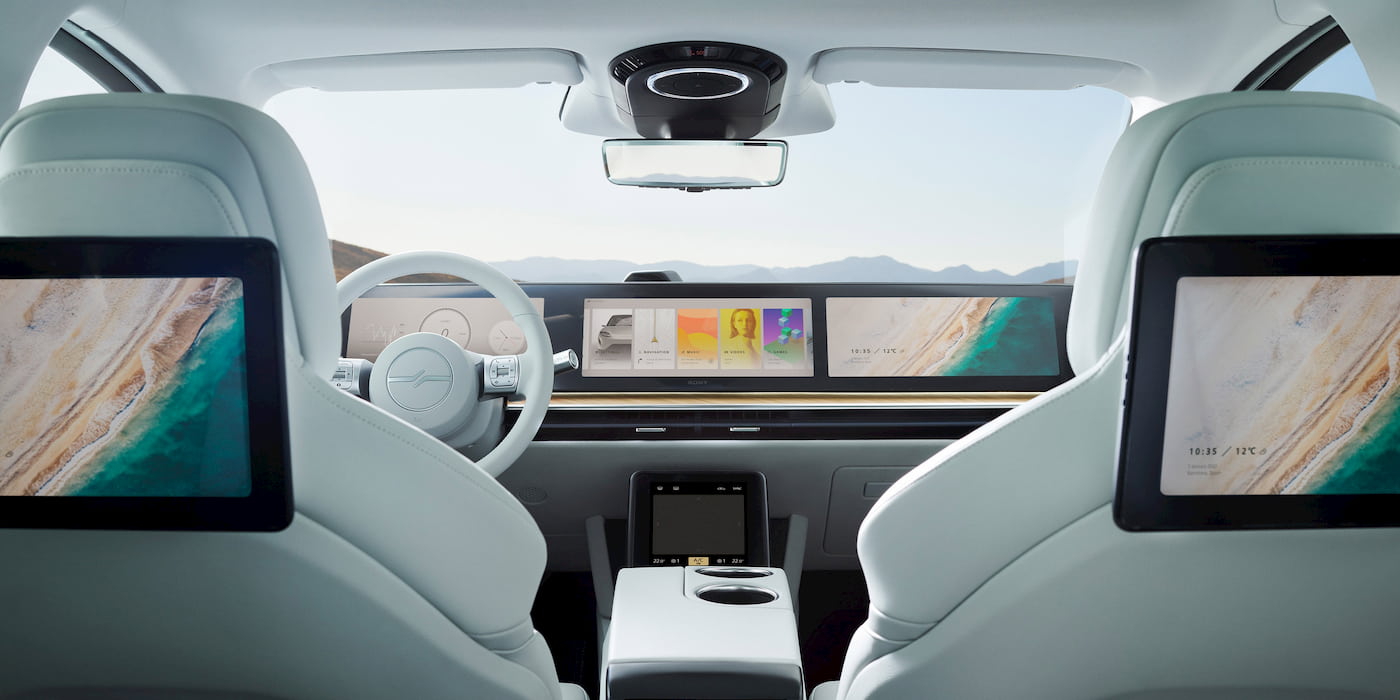 Sony Honda Mobility, the joint electric vehicle venture, has significant plans to compete in the growing EV market. Although the JV doesn’t have an EV model to show yet, the partners are already looking for ways to challenge top EV makers like Tesla by centering it around entertainment, which Sony is known for.

Sony has been teasing its Vision S EV concept for several years as it inches closer to a commercial launch. The tech company has insisted on having superior entertainment and software that can provide the building blocks for technology like autonomous driving.

Meanwhile, Sony’s CFO said the company would not be “making batteries or vehicles” by themselves. Instead, they were focusing on establishing a partnership with an existing automaker.

In June, Sony and Honda established a joint venture with the intention of building a new electric vehicle company called (you wouldn’t have guessed it) Sony Honda Mobility.

Although Honda has been relatively late to the rapidly expanding EV market, the automaker has stepped up its efforts recently. In October, Honda revealed its first mass-market EV SUV, the Prologue, set to make its US debut in 2024 using GM’s Ultium platform.

The new Sony Honda Mobility JV is planning to release its first EV in 2025, and despite not having a brand strategy, the company is already looking at ways to utilize its strengths to compete with the best.

In a new interview with Financial Times, Sony Honda Mobility leaders explained how the JV could leverage Sony’s powerful technology to challenge EV competitors like Tesla.

Sony has content, services and entertainment technologies that move people. We are adapting these assets to mobility, and this is our strength against Tesla.

He adds that “Tesla is not providing any content services,” and that including a PlayStation 5 in the Sony Honda Mobility EV is “technologically possible.”

Leaders from the newly established joint venture insist that the company’s electric vehicles will focus on entertainment, as new CEO, Yasuhide Mizuno, explains:

We will develop a car as hardware that will cater to the entertainment and network we would like to offer.

It’s no surprise to see Sony leveraging its entertainment and content to “upgrade” the driving experience. However, some sort of autonomous driving ability will need to be included to truly take advantage of the entertainment.

To that extent, Kawanishi adds:

To enjoy the space in your car, you have to make it a space where you don’t need to drive. The solution for this is autonomous driving. Autonomous driving will have to evolve considerably from the current level to get to that point, and it will take time for that to happen.

With this in mind, Sony Honda Mobility adding entertainment options is one way to gain a competitive advantage in the EV market. Still, for it to be usable, the technology will most likely need more time to develop.

Even if you are able to play your favorite video games, if the car doesn’t drive itself, it will only be functional for passengers or while you are pulled over.