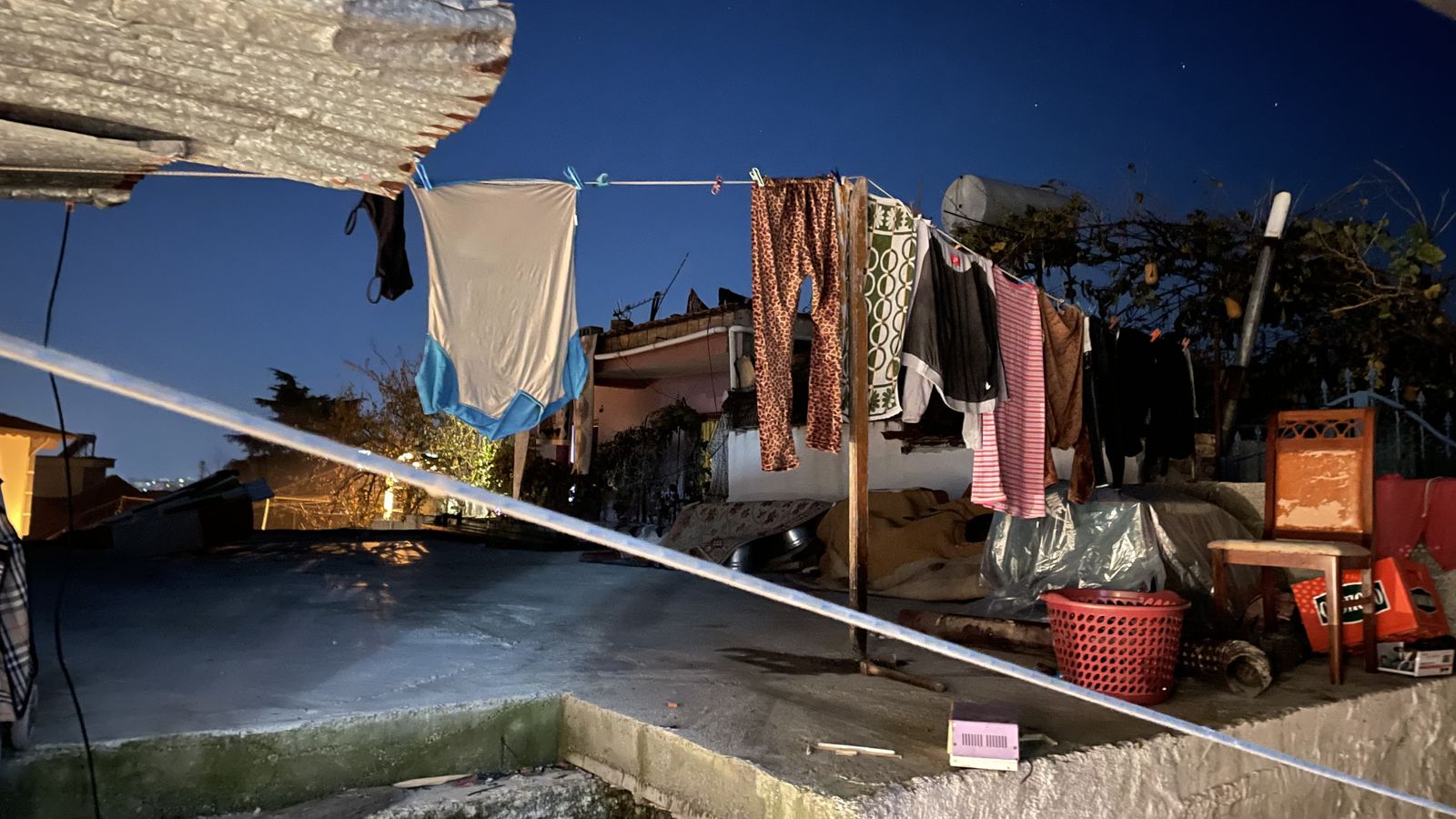 In the backstreets of Albania’s capital city, Tirana, there is little light and even less hope.

The warren of alleyways we are being guided along is home to some of Albania‘s poorest people.

It is here Enkileta Ferra lives with her children and extended family.

The house is made up of two small rooms where they cook, eat and sleep.

She points to an outside tap where they get their water and explains it often doesn’t work.

Enkileta’s husband is in prison for stealing metal to earn money on the black market and her children pick through the city’s bins every day looking for cans they can sell.

The deprivation the family lives in is clear, the desperation is overwhelming.

“I want to see my children sheltered,” Ms Ferra sobs. “I don’t want to see them on the streets.

“I want to live well, just like everybody else. I don’t want them to hang around the bins and beg.”

Read more from Albania:
‘We are worthy’ say Albanians smuggled into UK
Man undeterred despite being deported home
The border region where gun-runners and people smugglers enter EU

Dreams of a tattoo artist

Her 16-year-old son, Kledji, shows me around.

It doesn’t take long – there’s one bedroom for seven people, he says.

On the table is a homemade tattoo pen that he’s put together from rubbish he has collected.

He dreams of being a tattoo artist, but mostly he dreams of escaping abroad to countries including the UK, like thousands of others already have.

“It is different from here. There are jobs there. Everything is better there. The life is different. It’s not like here. Here is very poor. There are no jobs,” he says.

Albania is one of the poorest countries in Europe.

Six percent of people are under-nourished and one in 10 Albanians live in poverty, according to data from the German government.

That poverty is fuelling migration – both legal and illegal.

More than 12,000 Albanians have crossed the Channel in small boats to England this year, around 10,000 of them men.

“Every day we hear that people are trying to move outside the country,” Arber Hajdari, executive director of the Fundjave Ndryshe charity, says.

The charity supports around 17,000 families across Albania with food boxes, supplies and accommodation.

Its staff regularly hear stories of people paying traffickers to help them get to the UK.

“In my opinion, the youth is the problem. They have a very big community outside Albania, also in England, and they are trying to work together,” Mr Hajdari says.

“The guys who are living in England, for example, are inviting their friends to go there because of the salaries. They [earn] a lot of money there compared to here.

“It’s a very big risk and I think the risk is taken because they can’t get the working visa to go like normal people.”

In a café in Tirana, we meet Maria, who negotiated with smugglers to send her son to the UK.

It is not her real name – she has changed it to avoid being identified by the authorities or the traffickers.

She looked for legal routes first, she says, but they were all blocked.

“I chose another path dealing with some people that used to smuggle people in dinghies,” Maria says.

In the end, she couldn’t afford the fee and on this occasion, the trip was called off.

Others we met who have made it to the UK said that some smugglers offer deals where people can work off their debt illegally once they get to England.

Debt bondage agreements are hugely risky, opening people up to exploitation and extortion and all that after a perilous journey in a flimsy dinghy or hidden in the back of a truck.

But many say it’s worth it for the chance of a different future.

“You only live once,” Maria says. “Live like a worm or drown, because there is no other option, this is the way. Live like a worm, or risk your life. You have to put yourself in danger.”

On Monday, the UK and France signed a new deal to try to stop people crossing the Channel.

It included a 40% increase in officers on French beaches, £8m in extra funding and a new task force focused on reversing the recent rise in Albanian nationals and organised crime groups controlling the routes. 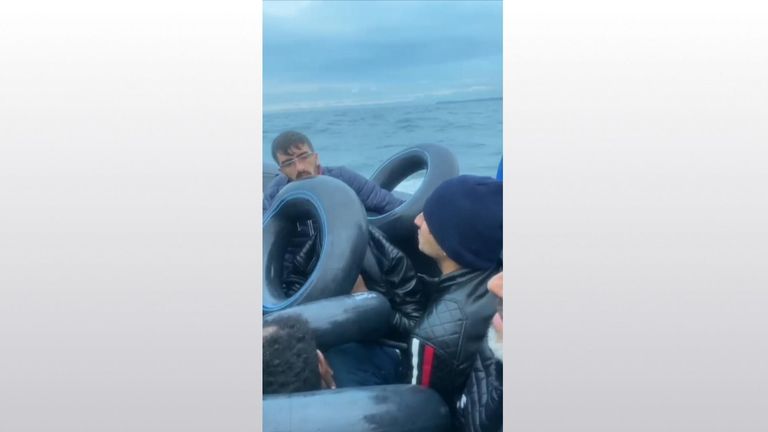 Why are Albanians coming to the UK?

It sounds promising but from our conversations in Albania, it may not be enough.

While a crackdown on smugglers could disrupt the boats crossing the Channel, without hope and opportunities at home, Albania’s illegal migrants are likely to keep on coming.