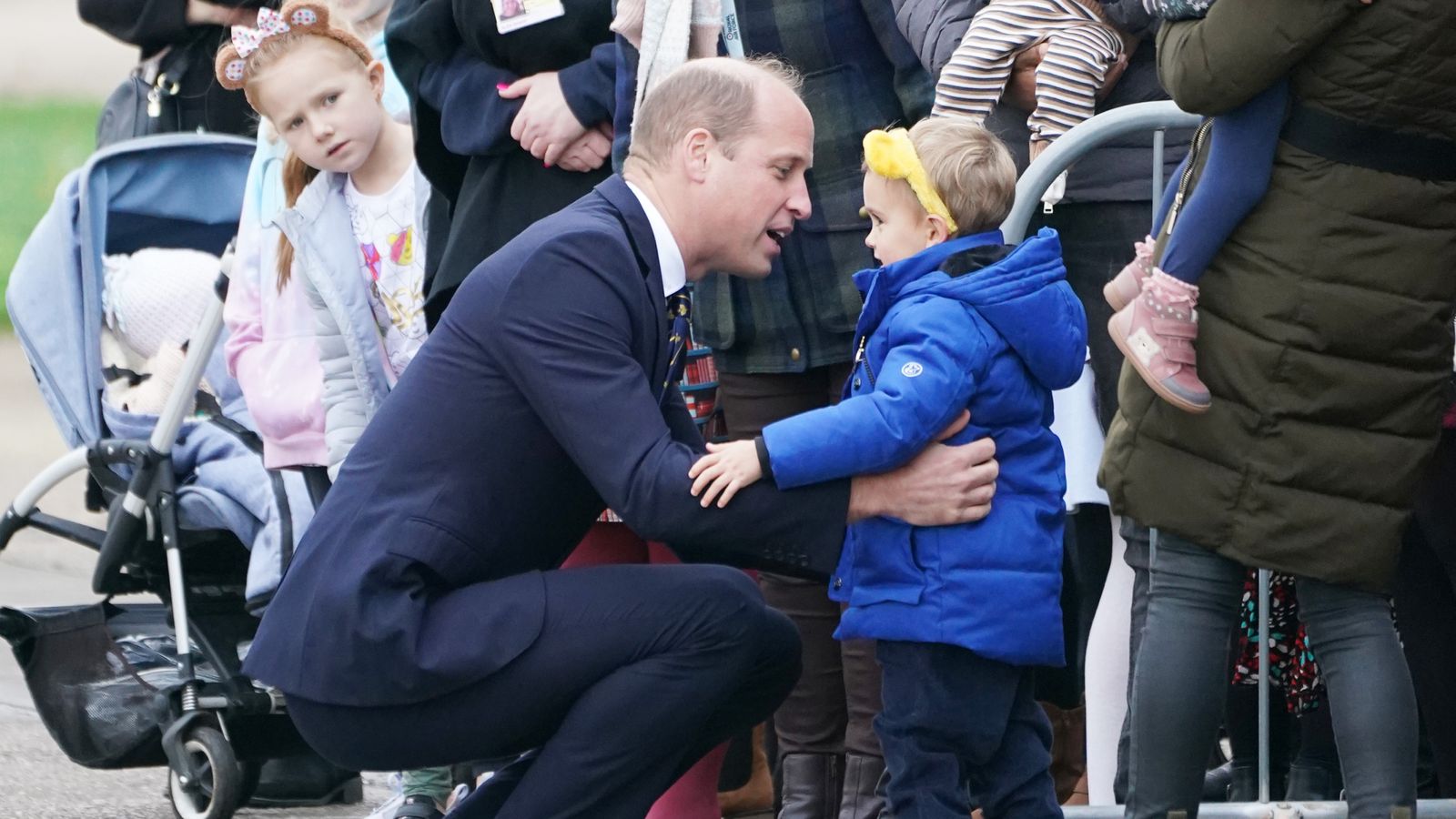 The Prince of Wales gave a little boy a hug and promised to put a picture he’d drawn on the royal fridge.

William posed for selfies and was even quizzed about I’m A Celeb during his visit to RAF Coningsby in Lincolnshire.

The future king was chatting with military families from the base when three-year-old Blake Fearnley presented him with a picture of Mickey Mouse. His mother Laura Fearnley, 33, said the royal took it and said “he would put it on his fridge”.

Mrs Fearnley said: “He walked off and then Blake decided he wanted to ask William for a cuddle so he followed him and said ‘please William may I have a cuddle’ and he did.”

Later the prince talked football with twins Abi and Steph Boland, who were left ecstatic when he posed for a video selfie with the 10-year-olds, who are both fans of his beloved Aston Villa.

Steph Boland said: “He said we’ve got a good team and we’ll ‘have it’ next season.”

Corporal Rachael Howes spoke to the prince when he met RAF personnel from the base involved in sport as he opened RAF Coningsby’s new boxing club.

Cpl Howes put the prince on the spot about I’m a Celeb asking him “who he wanted to win, Lioness Jill Scott or his relative Mike Tindall”.

William smiled and was overheard saying: “That’s a tricky one,” but diplomatically dodged the question, having been caught out over accusations of favouritism between the English and Welsh football teams earlier in the week.

Earlier, the royal was given a glimpse of the future when he donned a pair of virtually reality goggles being designed to improve fighter jet maintenance.

He was shown an array of innovative products under development to help technicians keep planes airworthy.

In a huge hanger used to maintain Typhoon jets, the future king chatted to RAF technicians and their BAE Systems counterparts.

William laughed as he turned down the opportunity to wear an exoskeleton that can help ground crew with repetitive and tiring tasks but did try out the goggles.

He said: “It’s weird” as he prodded a damaged cylindrical shape in cyber space, representing a mock section of fuselage, then added “very clever”.