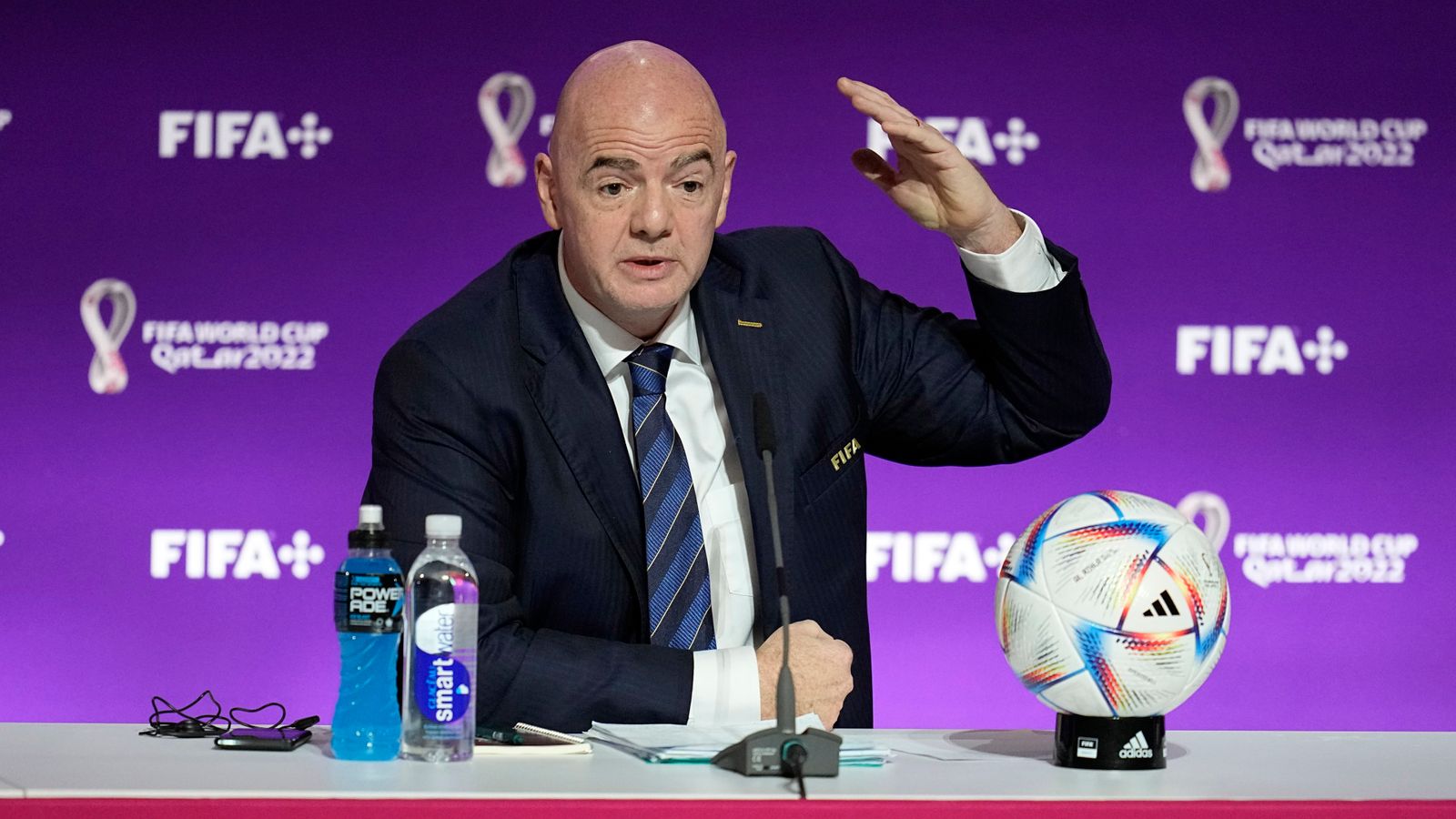 The president of football’s international governing body FIFA says the West should not criticise Qatar’s hosting of the World Cup – adding that European nations should instead apologise for their own histories.

Gianni Infantino said critics were in no position “to give moral lessons to people” at a news conference to mark the opening of the tournament.

The small host nation has come under fire for its treatment of migrant workers and its attitude to gay rights.

But Mr Infantino said: “For what we Europeans have been doing around the world in the last 3,000 years we should be apologising for the next 3,000 years before starting to give moral lessons to people.

“How many of these European or Western business companies who earn millions from Qatar, billions, how many of them have addressed migrant workers’ rights with the authorities?

“None of them, because if you change the legislation it means less profit. But we did, and FIFA generates much less than any of these companies from Qatar.”

“But I feel like it, because I know what it means to be discriminated, to be bullied, as a foreigner in a foreign country.

“As a child I was bullied – because I had red hair and freckles, plus I was Italian so imagine.

“What do you do then? You try to engage, make friends.

“And this is what we should be doing.”

Qatar’s ‘kafala system’ is a set of labour laws which allow Qatari individuals or businesses to confiscate workers’ passports and stop them leaving the country.

Human rights groups say this has given developers free reign to exploit them – exposing them to gruelling working conditions for little pay and not allowing them to go home until projects materialise.

There have been reports of migrant worker deaths that range from a few dozen to several thousand in the 12 years of preparation for the tournament.