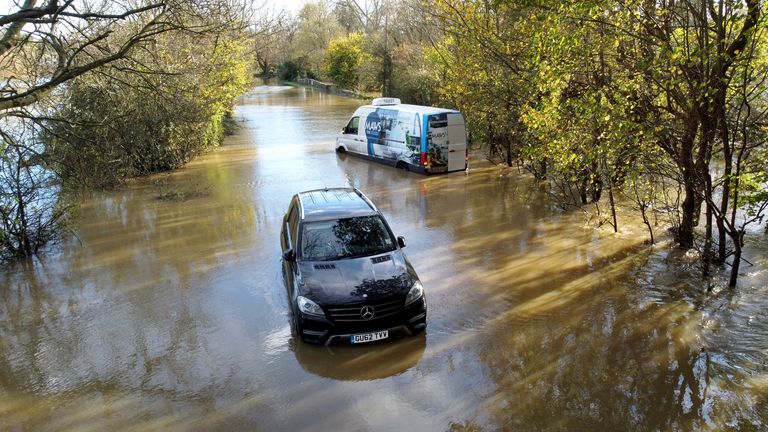 Yellow weather warnings are in place across the east of Scotland and north east of England until 6pm on Friday.

Meanwhile an amber rain warning was issued for the northeast of Scotland from the early hours until 3pm.

There are also 11 flood warnings and 88 flood alerts in place in England.

On Friday morning, all schools in Brechin, Montrose and Kirriemuir were closed due to localised flooding, as well as more than a dozen others.

“With this kind of rainfall, we are expecting some flooding,” he said.

“We have very strong onshore winds and very large waves,” he added.

“There may be some disruption to transport, including ferries and the road network.”

Yellow warning areas may also see some flooding, he added.

Temperatures will hover around 9C to 11C, more typical for this time of year.

Mr Morgan said the weather at the weekend would be “quite clear” with a chance of snow.

“It stays quite clear over the weekend,” he said.

“We may see the first snowflakes of autumn over high ground and in the Scottish hills and the Pennines.”

Mr Morgan added: “There is more uncertainty than usual after Sunday.

“It will probably be pretty unsettled, with some rain at times and possibly quite windy as well.”

Briton to plead guilty to manslaughter over ‘mercy killing’ of terminally ill wife in Cyprus
Next two years will be challenging for Britons, says Chancellor Jeremy Hunt