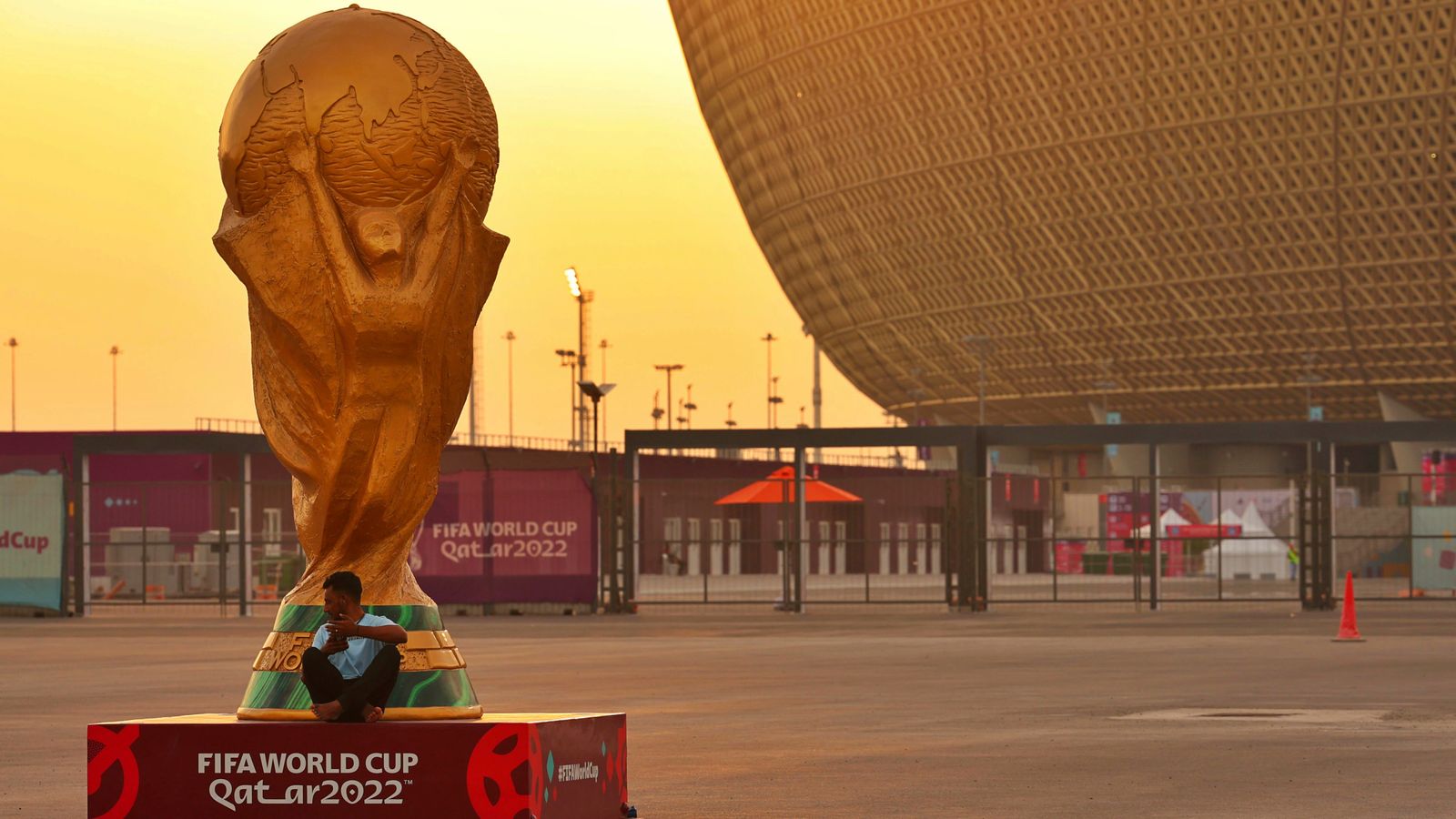 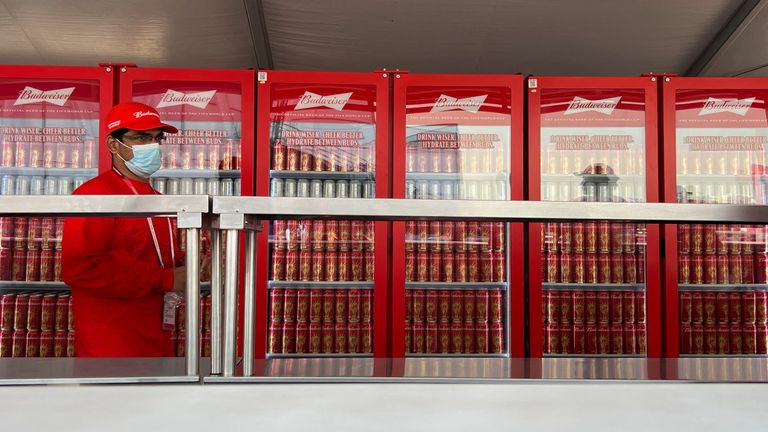 World Cup fans in Qatar will not be allowed to buy alcohol at the tournament’s eight stadiums.

The U-turn comes 48 hours before the competition’s opening game between Qatar and Ecuador at the Al Bayt stadium in Al Khor on Sunday.

Qatar had originally ordered Budweiser stands to be less prominent, but now alcohol won’t be sold at all at stadiums – with the exception of corporate spectators.

FIFA said: “Following discussions between host country authorities and FIFA, a decision has been made to focus the sale of alcoholic beverages on the FIFA Fan Festival, other fan destinations and licensed venues, removing sales points of beer from Qatar’s FIFA World Cup 2022 stadium perimeters.”

It added Bud Zero would still be available, and that it would “continue to ensure that the stadiums and surrounding areas provide an enjoyable, respectful and pleasant experience for all fans”.

A source briefed on the decision told Sky News: “These have been long-term discussions, and the overall feeling from everyone involved was that the stadiums need to be for everyone.

“This World Cup is different to others in that a larger number of fans are attending from across the Middle East and South Asia, where alcohol doesn’t play such a large role in the culture. The thinking was that, for many fans, the presence of alcohol would not create an enjoyable experience.

“The fan zones will be different in that some are clearly designated as alcohol-serving, while others are alcohol-free. Fans can decide where they want to go without feeling uncomfortable. At stadiums, this was previously not the case.”

It had to relax its alcohol restrictions to allow FIFA sponsor Budweiser to sell its products outside match venues and fan zones.

Now Qatar 2022 has gone even further – at the insistence of Qatar’s Al Thani royal family, it is understood.

A tweet from the official Budweiser account on Friday morning, which was later deleted, simply said: “Well, this is awkward…”

One fan replied to the post, saying, “I cannot watch England play whilst I’m sober next Monday” – to which Budweiser responded: “Don’t be, we’ll join you.”

It would have been the only alcoholic beverage available to fans.

The Football Supporters’ Association, for fans in England and Wales, criticised what it described as a “total lack of communication and clarity from the organising committee towards supporters”.

“Some fans like a beer at the match, and some don’t, but the real issue is the last minute U-turn which speaks to a wider problem,” it said in a statement.

“If they can change their minds on this at a moment’s notice, with no explanation, supporters will have understandable concerns about whether they will fulfil other promises relating to accommodation, transport or cultural issues.”

Read more:
Drunk fans will be sent to special zones to sober up
Qatar World Cup: Nine stories to watch out for

As one of FIFA’s biggest sponsors, Budweiser has the exclusivity to sell beer at World Cup matches.

Qatar had initially told fans they would be able to buy beer outside the stadium bowl itself, within the perimeter for ticketholders, “three hours prior to kick-off when the gates open and one hour after the final whistle”.

Now, it is understood beer will only be available in alcohol-serving fan zones in Qatar after 6.30pm and drunk fans will be sent to special zones to sober up.

In response to the request to move its outlets, Budweiser owner AB InBev told Sky News: “AB InBev was informed on November 12 and are working with FIFA to relocate the concession outlets to locations as directed.

Qatar World Cup organisers said “operational plans are being finalised” when asked about the change to the location of beer stations earlier this week.

The World Cup Supreme Committee told Sky News: “These plans include venue management teams enhancing overlay requirements for all competition venues. This has a direct impact on the location of certain fan areas.

“Pouring times and number of pouring destinations remains the same across all eight World Cup stadiums.”