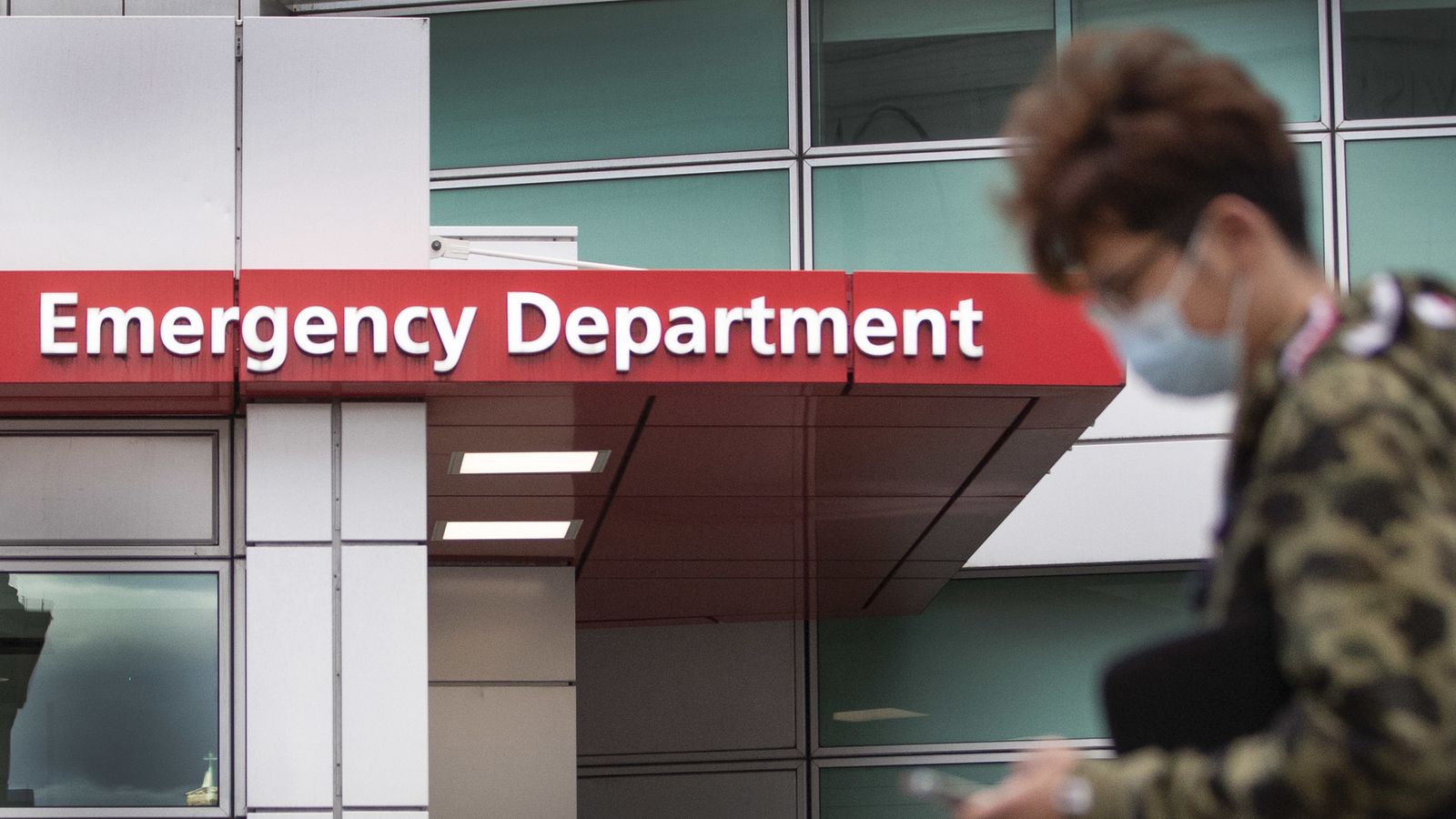 Nearly all of the new NHS funding announced by the chancellor will be eaten up by the costs of inflation and growing demand, with just £800m left over for the improvement of services.

In his autumn statement, Jeremy Hunt promised an additional £3.3bn in funding for the NHS for each of the next two years.

Analysis by the Nuffield Trust, shared exclusively with Sky News, suggests that rising prices and growing demand will use up three quarters of next year’s increase, and the entirety of the increase scheduled for 2024/25.

Half of the total funding boost is likely to be eaten up by inflation, as the UK endures a second year of rising prices. A Sky News analysis found that energy price increases added £121m to the running cost of NHS buildings in the year to March.

That leaves just £795m left over for improving services next year, a quarter of the £3.3bn headline funding boost.

The increase scheduled for 2024/25, meanwhile, is set to be entirely taken up in dealing with the pressures of inflation and growing demand.

John Appleby, chief economist at the Nuffield Trust, said that the final amount “could be higher or lower”, depending on whether trusts overspend and whether certain key costs, like nurses’ pay, increase faster than expected.

Nurses are set to go on strike next month over the government’s decision not to raise their pay in line with inflation.

Rising energy costs are already putting NHS England’s finances under strain. Sky News analysis of data from NHS Digital found that an 18% rise in fuel prices added £121m to the running costs of the health service’s buildings in the year to March.

Many NHS trusts expect costs to rise further. A recent report by the British Medical Journal found that some trusts were budgeting for an additional £2m per month in fuel costs next year.

Nottingham University Hospitals NHS Trust confirmed to Sky News that it expects its annual energy bills to more than triple in 2023, adding £24m to its running costs.

It’s not just energy prices that are rising. The increased costs of hiring cleaners, for instance, has added £76m to the health service’s expenses over the past year, while higher costs for providing inpatient meals has added a further £38m.

Matthew Taylor, chief executive of NHS Providers, told Sky News that the new money promised by the chancellor would allow the NHS to “just about keep the show on the road”.

“It will enable us to continue to manage a very difficult situation, and hopefully make further progress in areas like waiting lists.

“What it won’t do is address the fundamental issues and get the NHS to where the public would like it to be.”

More than 7 million people in England are currently waiting for treatment. That’s nearly one in eight of the population, and the number has been rising for 28 consecutive months.

The number of people waiting more than four hours at A&E is also at record levels, while ambulance response times are far above target.

David Maguire, senior analyst at the King’s Fund, told Sky News that local NHS trusts were likely to face “really, really tough decisions” about where to focus their resources in the coming years.

“You always have to prioritise emergency and urgent care. That might mean less focus on goals like improving productivity or investing in preventative care. We’re already seeing a pull back at the NHS England-level on some of the funding for transformation efforts, for example around digital technology and data usage.”

This wouldn’t be the first time the NHS has cut back on long-term investments in order to free up resources for frontline services.

Between 2014 and 2019, £4.3bn earmarked for capital investment was instead used to fund day-to-day spending.

That decision has left the NHS with a backlog of maintenance work worth £10.2bn – equivalent to 92% of the entire annual cost of running the NHS estates.

Nearly a fifth of that backlog (£1.8bn worth) is classified as “high risk”, meaning it could result in “catastrophic failure, major disruption to clinical services or deficiencies in safety liable to cause serious injury or prosecution”.

“We’ve got some hospitals which are currently being held up by struts,” said Mr Taylor.

“That’s not what you want people to be doing – lying in a hospital bed looking at a temporary strut holding up the roof. These hospitals aren’t currently dangerous, but in time they will become dangerous and this needs to be addressed.”

And that capital budget is already low by international standards. In the decade before the pandemic, OECD data shows, the UK’s long-term investments in the healthcare sector amounted to just 0.25% of GDP – compared to 0.38% in France and 0.69% in the US.

In order to reduce the number of patients waiting for treatment, NHS England set a target in February of returning NHS activity to pre-pandemic levels by early 2022-23, and increasing activity a further 29% within two years.

Thousands of additional staff have been hired in recent years, but the impact of COVID-19 and the demand of the target means that the NHS is still short of staff.

Spending on agency workers reached £3bn in the year to March, up from £2.4bn two years earlier.

Hours before the chancellor’s statement on Thursday, the National Audit Office said the NHS was unlikely to meet its activity targets, pointing to the impact of inflation, staff shortages and productivity issues.

Despite a 13% increase in the number of clinical staff since 2018, the number of people being removed from the NHS waiting list each month has risen by just 2%.

NHS chief executive Amanda Pritchard said the chancellor’s decision to increase funding for the health service showed that “the government has been serious about its commitment to prioritise the NHS”.

“While I am under no illusions that NHS staff face very testing times ahead, particularly over winter, this settlement should provide sufficient funding for the NHS to fulfil its key priorities,” she said.

Next two years will be challenging for Britons, says Chancellor Jeremy Hunt
Awaab Ishak: Housing association boss apologises for two-year-old ‘s death – but will not resign