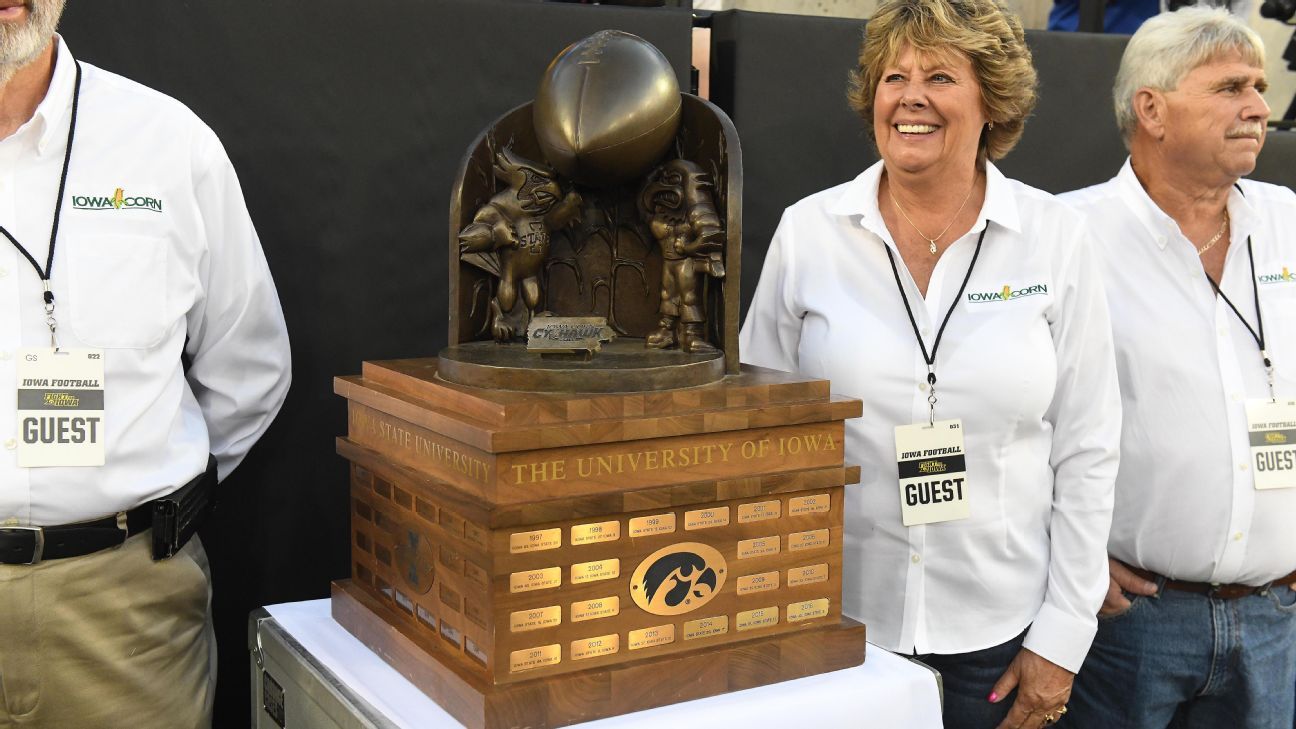 IOWA CITY, Iowa — Iowa and Iowa State will continue their annual football showdowns through at least 2027.

Athletic directors Gary Barta of Iowa and Jamie Pollard of Iowa State on Thursday announced the extension of the Cy-Hawk Series contract.

Iowa and Iowa State have played annually since resuming the series in 1977, excluding the pandemic-shortened 2020 season. The teams first met in 1894, with Iowa holding a 46-23 advantage in the series. Iowa State won 10-7 in Iowa City in September.