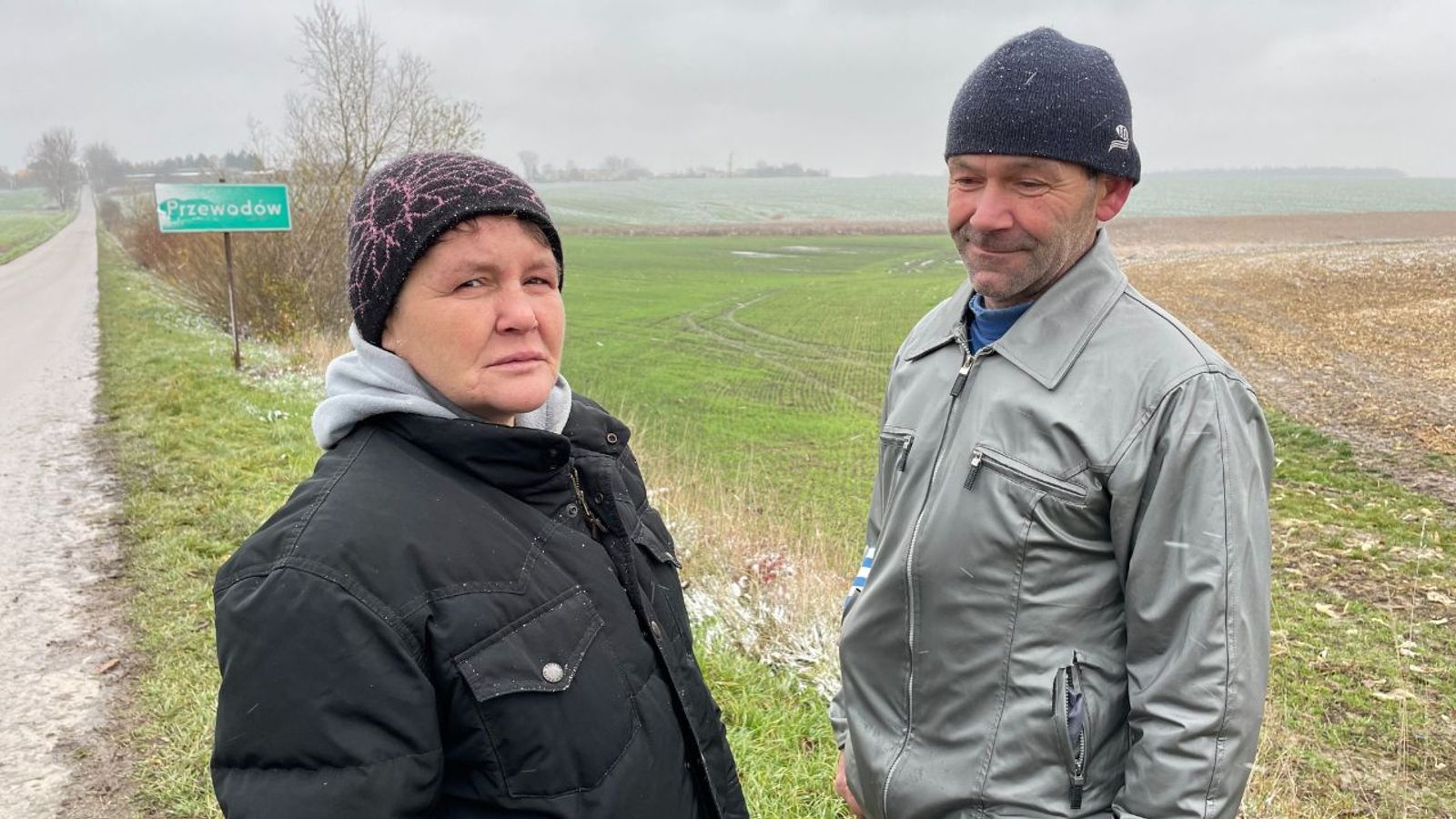 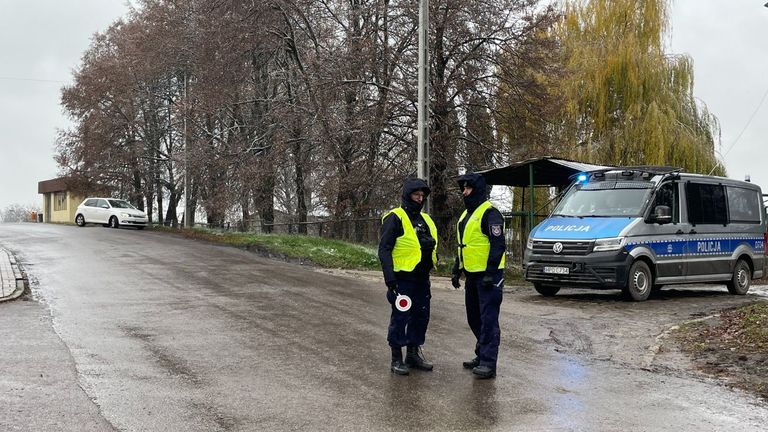 Before this week, few had heard of Przewodow. Now the army watches over parts of this little village and soldiers sweep the rural roads.

This is the place where the war in Ukraine spilled over when a missile crossed the Polish border, killing two people.

On Wednesday, a missile which struck an area of drying grain in the small Polish village sent shockwaves across NATO member countries.

President Volodymyr Zelenskyy has said he has “no doubts” that Ukraine was not to blame for the missile strike, while US President Joe Biden said it was “unlikely” to have been fired from Russia.

The two people killed were both local fathers, and familiar faces in a community of a few hundred.

We meet Stanislaw wheeling his bicycle to the church.

He went to school with both the men.

He tells me he was feeding his cows when the missile came down, and feared the Russians were coming

“Shivers ran down my spine and I thought they were attacking us,” he says.

Mrs Czepiel points to the hill where the rocket hit.

The 48-year-old lives a few miles away and tells me the force of the blast shook her house. She heard two explosions and saw a cloud of dust.

“I ran out of the house, my hands and legs started to shake. No one knew what happened, but we knew something bad had,” she says.

Situated around four miles from the Ukrainian border, the people of Przewodow are now feeling both loss and fear.

This is the first time a weapon from the conflict in Ukraine has crossed the border into Poland, and for many the war now feels dangerously close.

Poland, the USA and NATO think the missile was most likely a stray from Ukrainian air defences – a point Ukraine currently disputes.

If the initial findings are correct, then two loved local men died in a seemingly tragic accident.

“How is it possible? You go to work and you die,” says Mateusz, who is still reeling from shock.

He was one of the first on the scene and saw his colleagues’ bodies.

“[It’s] two men who I knew and they died,” he says in disbelief.

As this community grieves, it’s also aware it’s had a lucky escape.

For the moment the fighting hasn’t bubbled over the border, but this is a reminder of how easily the conflict can spread.

At least 21 killed in fire at refugee camp in Gaza Strip
Race to the metaverse: The fight to shape the future of the internet