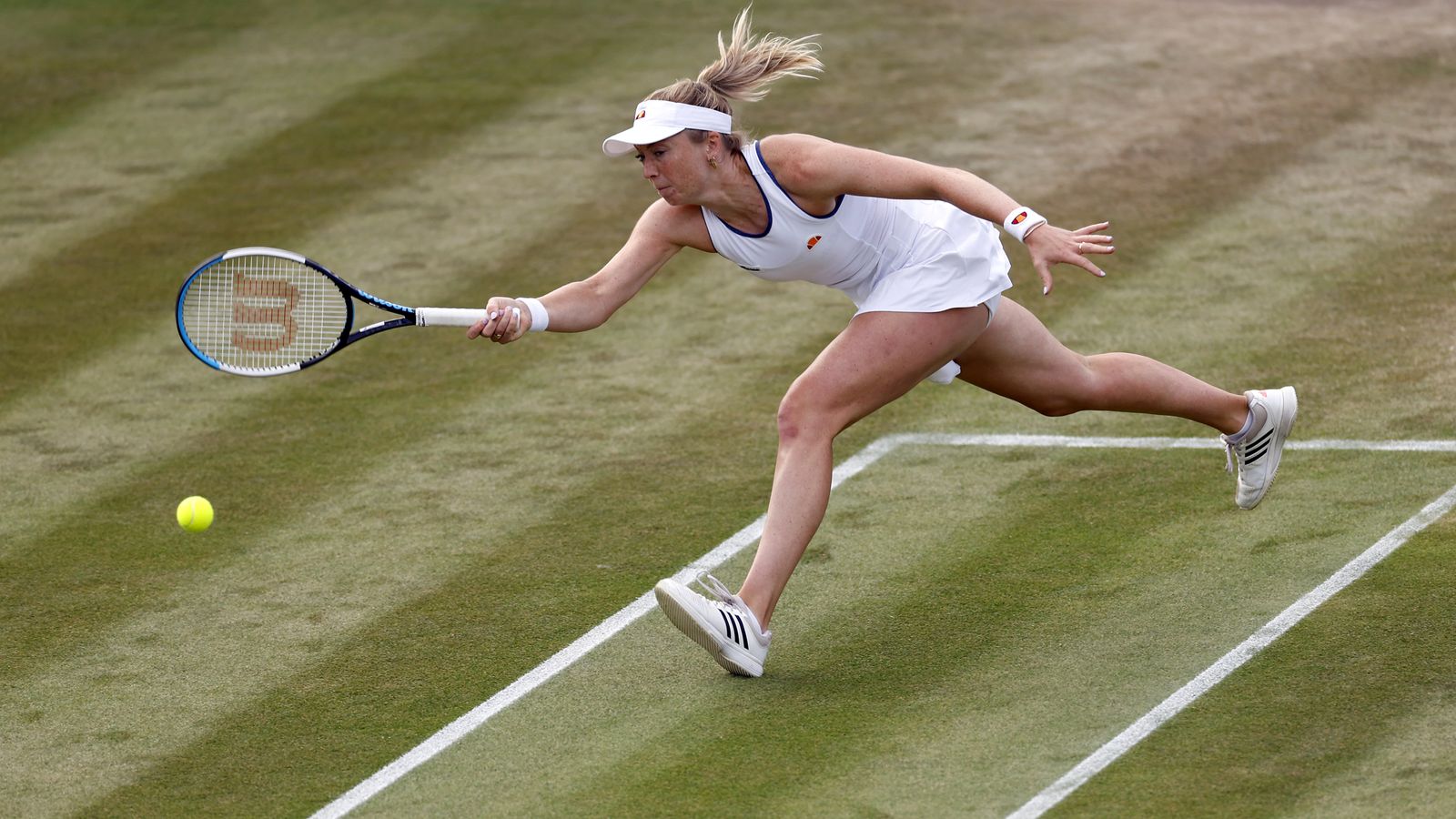 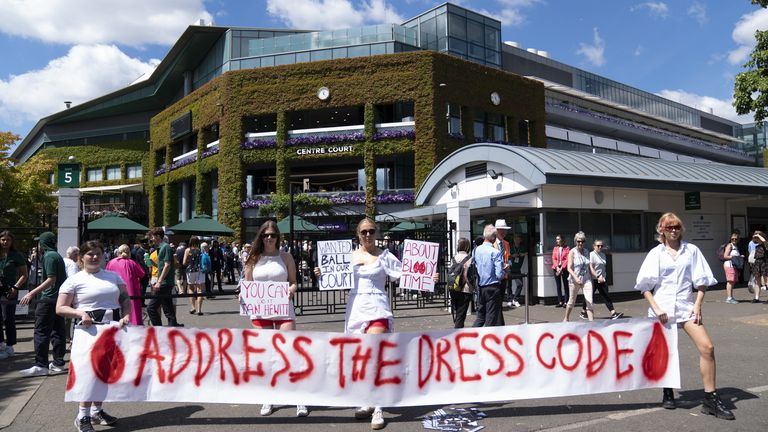 Women will be allowed to wear dark-coloured underwear during the tennis tournament from next year to reduce anxiety while on their period.

Chief executive Sally Bolton said: “Following consultation with players… women and girls competing at The Championships will have the option of wearing coloured undershorts if they choose.

“It is our hope that this rule adjustment will help players focus purely on their performance by relieving a potential source of anxiety.”

At the 2022 tournament, campaigners from Address The Dress Code staged a protest outside the main gate at Wimbledon over its all-white clothing policy.

In July, British tennis star Alicia Barnett opened up about the stress of wearing Wimbledon whites while on her period and trying to play world-class tennis while feeling “bloated and tired”.

She added: “I think being on your period on the tour is hard enough, but to wear whites as well isn’t easy.”

Barnett hopes the taboo around periods will be gradually lifted by players speaking about it.

There have been similar discussions in other sports.

In recent months, Manchester City Women confirmed they will no longer wear white shorts, as part of their home kit to help players “perform at their highest level” while on their periods.

West Bromwich Albion’s women’s football team also decided to switch to navy shorts to get rid of the anxiety of having to wear white.

Arsenal forward and England player Beth Mead said in July: “it is very nice to have an all-white kit but sometimes it’s not practical when it’s the time of the month. We have discussed it as a team and we have fed that back to Nike.”

Official guidelines for Wimbledon previously stated: “Any undergarments that either are or can be visible during play… must also be completely white”.

Now the rule has been extended to include the phrase “except female players who are allowed to wear solid, mid/dark-coloured undershorts provided they are no longer than their shorts or skirt”.