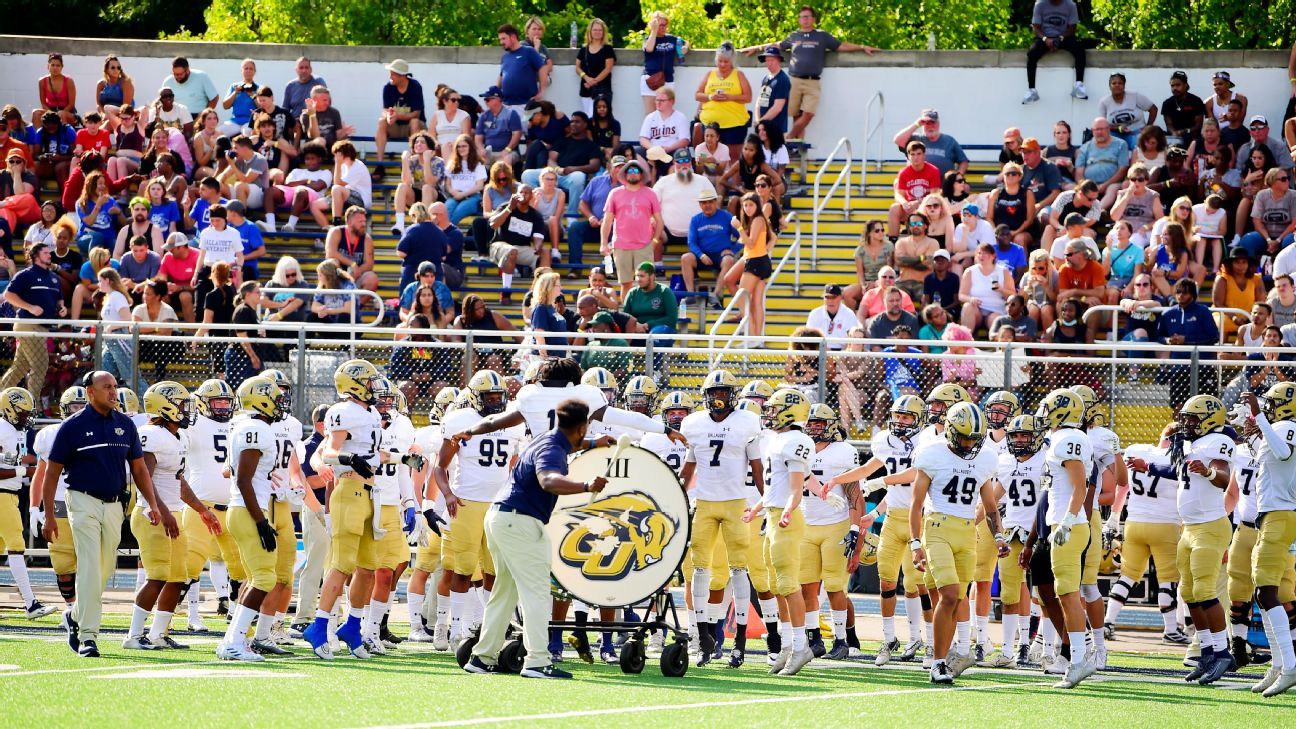 WASHINGTON — Last week, on an unseasonably warm November afternoon, Gallaudet offensive line coach Todd Collins jogged onto the field, pushing the team’s big bass drum on wheels to midfield, where he banged on it repeatedly, signaling to the nation’s only deaf and hard of hearing team it was time to stretch. While many couldn’t hear the thunderous, rhythmic beat that echoed through the otherwise quiet campus, they could all feel its vibration.

Lateral stretch to the right.

Lateral stretch to the left.

On one knee for hip flexors.

Coach Chuck Goldstein, who is hearing, hasn’t used a whistle at practice in 13 years.

As the sun set on the nation’s only entirely deaf campus, the lights in the nearby dorm rooms glowed softly. When one blinks, it signals a visitor has arrived. The doorbells at Gallaudet change the lighting instead of making a sound because most students wouldn’t hear a doorbell or a knock. On game nights, it’s not uncommon to see multiple windows winking on different floors. In the morning, alarm clocks vibrate under pillows.

The football team is undersized, composed of many players who have never been on a full roster, are still learning their position and can’t hear when the official blows a whistle to stop the play. They were picked this preseason to finish fifth in the Eastern Collegiate Football Conference, but the Bison have won their conference title and are returning to the Division III NCAA tournament for only the second time in school history, and the first time since 2013. They will travel to Doylestown, Pennsylvania, on Saturday to face No. 8 Delaware Valley University in a first-round game at noon ET.

“With all the close games, and you’re not supposed to be winning, it’s almost like the cherry on the cake every time you win again,” said defensive coordinator Stephon Healey. “I think the world has a lower expectation of us. We have a belief in ourselves, and to be able to get it done has just been … it’s been pretty magical, to be honest.”

Goldstein remembers the moment a little girl walked by and was staring at the players. He sat down at the table with the girl and her mom and introduced himself as coach Chuck. He learned the girl had never seen a deaf person before, so he explained how they were talking to each other.

“At that point, a light bulb went off,” he said. “Oh my goodness, her first impression of a deaf person is us, the Gallaudet football team. I set the bar really high about expectations when we travel. We represent every deaf person. I’m hearing, and I still represent the deaf community. If we act like fools, that little girl’s first impression is all deaf people are fools. And so we take pride in who we are and who we represent. That GU logo, we’re America’s deaf team. You see Alabama’s uniform, Penn State’s uniform, you know how they are. That’s what we are.”

For Gallaudet, the drum is equally as symbolic and part of their tradition, but it’s also used to celebrate a defensive stop or a big play — and it’s practical. Half a dozen or so beats during the game indicates it’s time for the special teams unit to take the field.

“We’re signing punt, but you have 70 guys on the sideline and no one’s looking at a person signing,” Goldstein said. “So we bang the drum, they feel the vibration, and they know where to look — the middle of the field, coaches sign the punt, everybody runs on the field.”

After a win, the big bass drum rolls back out.

That’s when they start dancing.