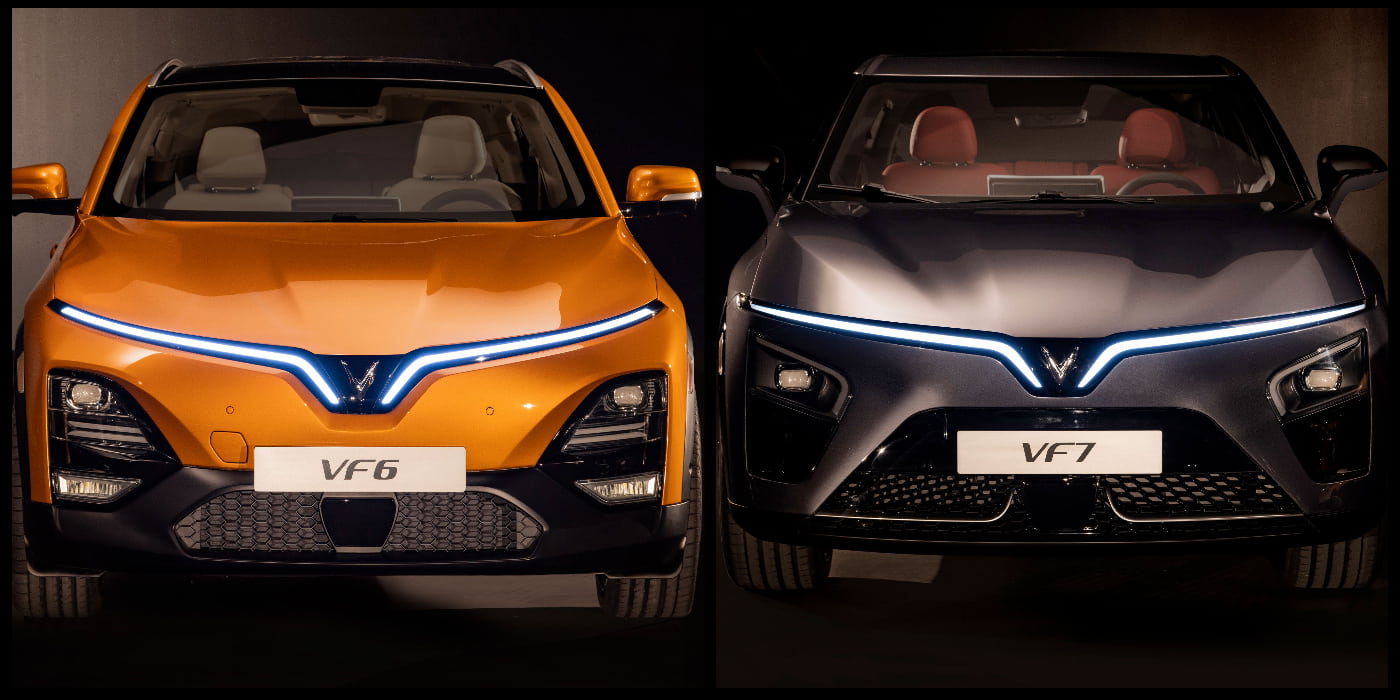 Vinfast is quickly becoming a sneaky bet in the EV market after adding two new electric SUVs, the VF 6 and VF 7, to its US lineup. With a four-electric SUV portfolio, one in each of the most popular segments, Vinfast is looking to become the “EV manufacturer for everyone.”

After Vinfast delivered its first electric model, the VF e34, making it the first EV sold in Vietnam, the company set its sights on becoming a global electric vehicle maker.

Vinfast is part of Vietnam’s largest private enterprise, Vingroup, which focuses on creating a “better life for people” with its sustainable technology and services.

The automaker made waves in the EV market after introducing the VF 8 and VF 9 at last year’s LA Auto Show. Within 48 hours of opening reservations for the electric SUVs, Vinfast says it received 24,000 global orders.

To align its strategy of becoming a global EV powerhouse, Vinfast vowed to end internal combustion vehicle (ICE) production by the end of 2022 while unveiling an electric model in every auto segment.

Vinfast delivered its first 100 VF 8 electric SUVs in September, reiterating its intentions to become a global brand. The company said the next batch (around 5,000) will be shipped to the United States, Canada, and Europe starting in November 2022, so customers could expect to start receiving them by the end of the year.

US customers will now have access to another two electric SUVs, the VF 6 and VF 7, as Vinfast gives us a closer look at what we can expect.

At the LA Auto Show, Vinfast gave a first look at what US-based customers can expect from the automaker’s smaller EV SUV models co-crafted with the famous Italian design house Torino Design.

The VinFast VF 6 and VF 7 have high-end interior and exterior design, luxurious interior space and advanced technology. With four electric car models that have been introduced in North America so far, covering B-C-D-E segments, each model is created for a specific customer with a unique style and high use value, VinFast is quickly becoming an electric vehicle manufacturer for everyone.

The VF 7 is the company’s compact SUV, slightly bigger than the VF 6, that combines a “dynamic” exterior with a modern tech-focused interior. Vinfast highlights the shape of the compact SUV with its signature front LED bar and dramatic curves.

Vinfast’s VF 6, on the other hand, is a smaller electric crossover, which the company says is for those seeking a “technologically advanced EV driving experience.”

The automaker’s smaller SUV features a “modern, spacious interior,” with the central focal point being the large touchscreen interface. See how the two models compare with the preliminary specifications below.

Like other Vinfast EVs, the two additional electric SUVs in the United States will include advanced safety features while owners can have peace of mind with a 10-year unlimited mileage or lifetime warranty on the battery.