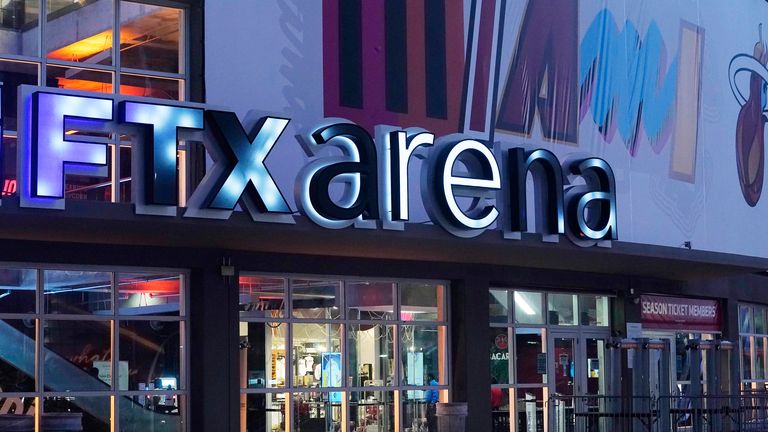 Celebrities including NFL star Tom Brady and comedian Larry David have been named in a class-action lawsuit against cryptocurrency exchange FTX, accusing them of being culpable for promoting the failed firm.

FTX, one of the world’s biggest cryptocurrency exchanges, went bankrupt last week – a staggering reversal of fortune for a firm once valued at $32bn.

The Bahamas-based company and its founder, Sam Bankman-Fried, are under investigation by state and federal authorities for allegedly investing depositors’ funds in ventures without their approval.

Before it went under, FTX was known to use high-profile figures to promote its products.

It also had the naming rights to a Formula One racing team, as well as a sports arena in Miami.

The lawsuit, filed late on Tuesday, alleged these stars brought instant credibility to the platform, and are therefore just as culpable as Mr Bankman-Fried.

It is not the first time a celebrity has fallen foul of cryptocurrency promotion. In October, Kim Kardashian agreed to pay $1.26m (£1.12m) to settle charges over a post on her Instagram.

“Part of the scheme employed by the FTX Entities involved utilising some of the biggest names in sports and entertainment – like these defendants – to raise funds and drive American consumers to invest … pouring billions of dollars into the deceptive FTX platform to keep the whole scheme afloat,” the lawsuit said.

Class-action lawyer Adam Moskowitz filed the lawsuit in the southern district of Florida.

Mr Moskowitz is the lawyer representing the victims in the collapse of a residential tower in the state.

The crisis has raised further questions about the regulation of cryptocurrencies and other digital assets.

The US House of Representatives Financial Services Committee said it expects to hear from Mr Bankman-Fried, who now faces potential civil and criminal charges.

“The fall of FTX has posed tremendous harm to over one million users, many of whom were everyday people who invested their hard-earned savings into the FTX cryptocurrency exchange, only to watch it all disappear within a matter of seconds,” committee chairperson Maxine Waters said.

Singapore’s finance minister and deputy prime minister said the collapse of the FTX exchange has “very serious allegations that amount to potential fraud”.

Lawrence Wong said recent developments in the crypto market reinforced the city-state’s position that they were “on the right track” in focusing on digital assets innovation, but also taking a strong stance against crypto speculation and trading by retail investors.

Bitcoin and other cryptocurrencies took a battering as FTX teetered on the brink of insolvency.