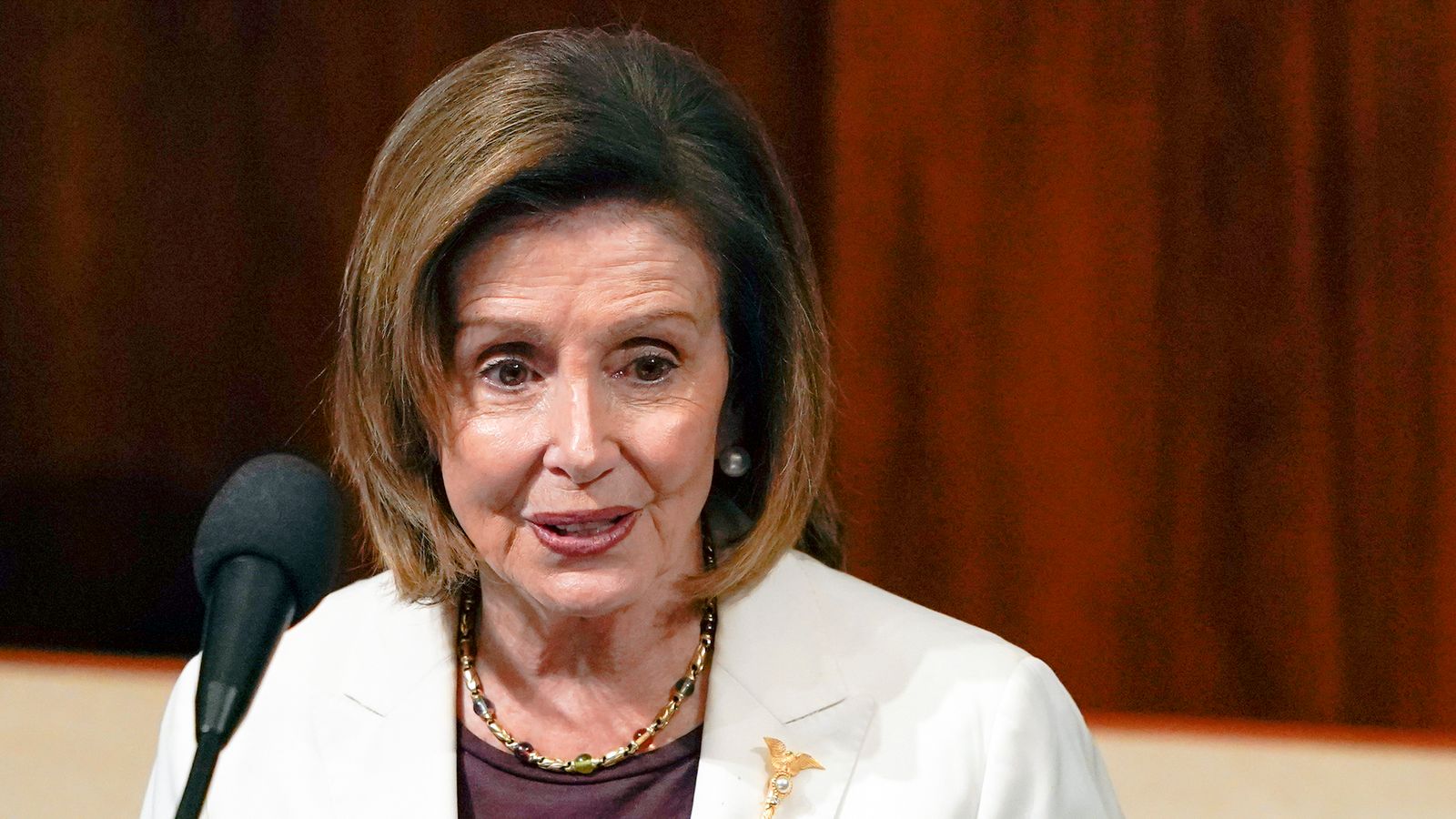 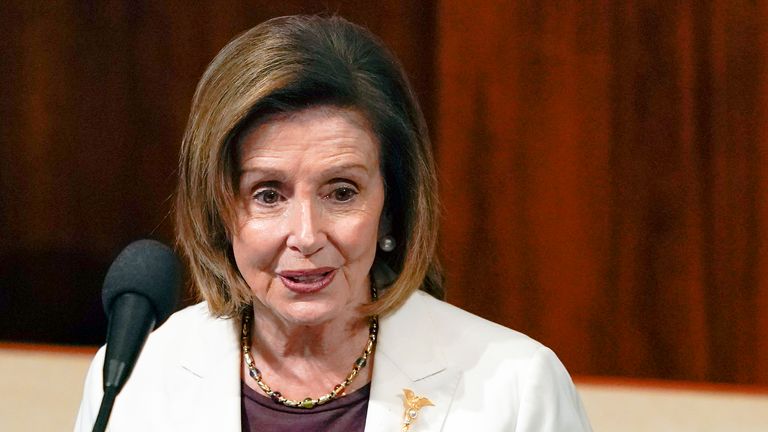 Nancy Pelosi has said she will not run again to be Democratic leader in the House of Representatives, after nearly two decades in the role.

The veteran politician lost the speakership after the Republicans took the House in the recent midterm elections.

Despite saying she would step down from the role she has held since 2004, Mrs Pelosi said she would continue to represent San Francisco in the House, as she has done for 35 years.

The 82-year-old has served as speaker twice during her time in Congress, and was the first woman to take the role when she was elected in 2007.

She revealed her decision in a speech to the House on Thursday and was cheered by her fellow Democrats, who must now choose a new leader.

The favourite to replace Mrs Pelosi as Democratic leader is Representative Hakeem Jeffries of New York.

Now they have the majority, the speakership will likely pass to House Republican leader Kevin McCarthy when the new congress is sworn in on 3 January.

In her speech she recalled visiting the Capitol for the first time as child when her father was sworn in as a Congressman.

She described the House chamber as “sacred ground” and called it the “heart of American democracy.”

“I never would have thought that someday I would go from homemaker to House speaker,” she said.

“I will not seek re-election to Democratic leadership in the next Congress. The hour has come for a new generation to lead the Democratic caucus.”

Referencing last year’s attack on the Capitol, she continued: “American democracy is majestic but it is fragile. Many of us here have witnessed our fragility first-hand, tragically in this chamber. And so democracy must be forever defended from forces that wish it harm.”

She also noted the increase in the number of women serving in the House since she first joined it and thanked her family and staff.

“A new day is dawning on the horizon,” she added.

Pelosi was first elected to the House in a special election and steadily moved up the ranks, securing leadership positions
before winning her first term as speaker in 2007.

She first served as speaker from 2007 to 2011 as Democrats rode opposition to the Iraq War to control of the House.

She became speaker again in 2019 when Democrats rode a wave of opposition to Trump to win control of the House and was re-elected as speaker in November 2021.