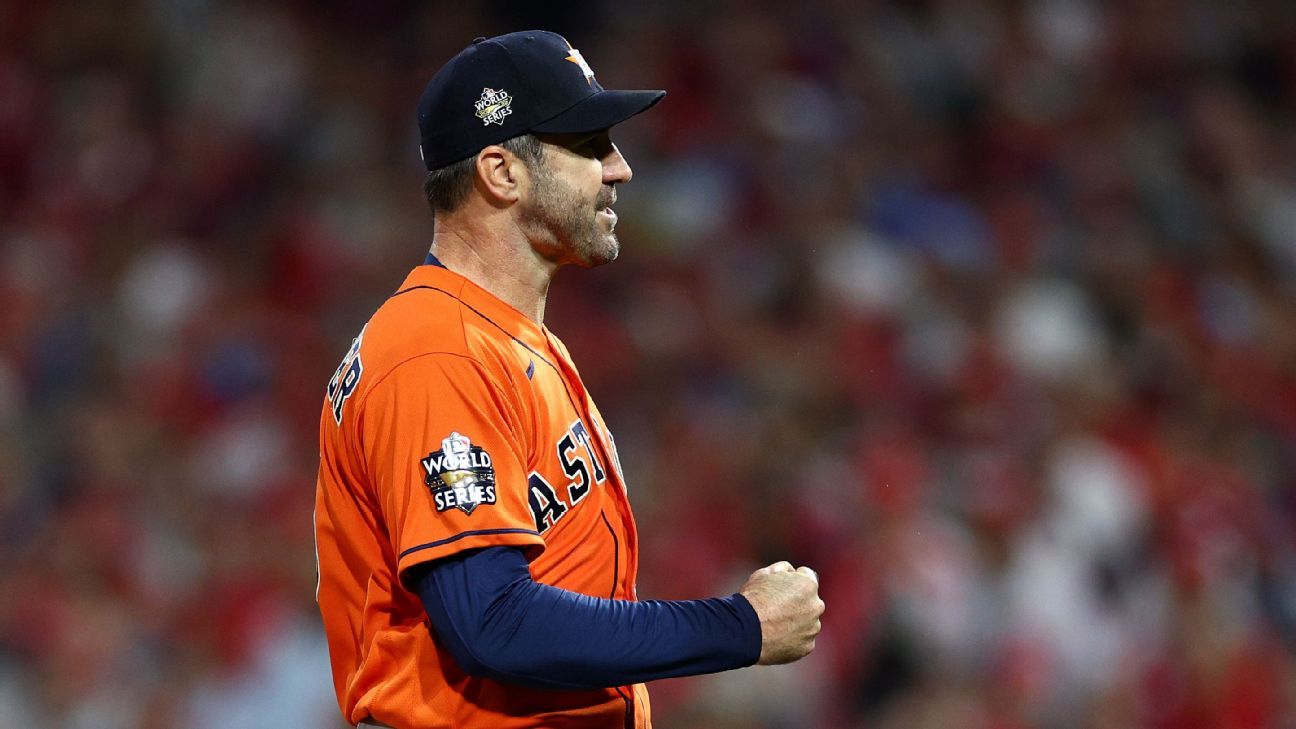 With the World Series in our rearview mirror — though the champion Astros are surely still reveling in their victory — the 2022 season is all but done, with one final piece left: awards!

The winners of MLB’s four major end-of-season awards — Rookie of the Year, Manager of the Year, Cy Young Award and Most Valuable Player — are being announced starting at 6 p.m. ET on MLB Network each day this week.

On Monday, Seattle’s Julio Rodriguez took home American League Rookie of the Year honors, while Atlanta’s Michael Harris II won in the National League. On Tuesday, Cleveland’s Terry Francona was named AL Manager of the Year, and the Mets’ Buck Showalter won for the NL. On Wednesday, 39-year-old Justin Verlander secured his third career Cy Young by winning the AL honors, while Sandy Alcantara made Marlins franchise history in the NL with his victory — marking the first time since 1968 that the Cy Young winners were each unanimous choices.

Each award will be announced at 6 p.m. ET on MLB Network. Here is the schedule:

Unlike last year, when none of the MVP candidates reached the postseason, five of this year’s six finalists made the playoffs — with last year’s American League MVP, Shohei Ohtani, once again left out of October. Of the six, just one appeared in the Fall Classic (and won) — Yordan Alvarez. The AL’s MVP race is, unsurprisingly, led by none other than Aaron Judge, while the National League’s race features two teammates — Paul Goldschmidt and Nolan Arenado — vying for the honors.

We have everything you need to know for awards week — previewing each award in addition to our ESPN MLB experts’ predictions for who should take home the hardware. Be sure to check back throughout the week as this page is updated with results and analysis from Bradford Doolittle as each award is handed out. 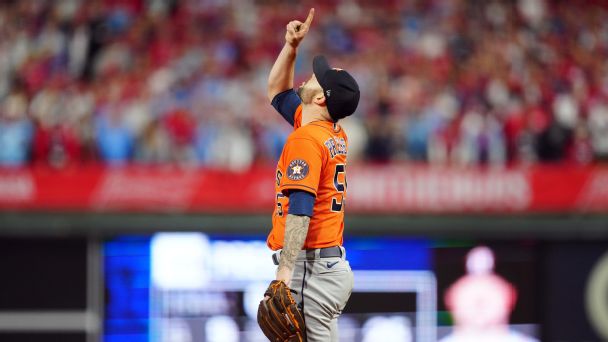 The Astros capped off an incredible postseason run with their second title since 2017.

Can Houston repeat? »
Inside Justin Verlander’s first WS win »
How Astros are rewriting their legacy »
Dusty Baker finally gets his ring »

Doolittle’s take: Justin Verlander once seemed all but indestructible, maintaining every bit of his dominance as he advanced into his late 30s. Then, after one fateful start in the stunted 2020 season, Verlander proved to be human. Tommy John surgery, rehab and that lone outing over a two-season span followed. Time comes for us all and it had been a great run. Verlander would return, but dominant Verlander?

Yep. Still here — and he’s the fourth oldest player to win a Cy Young in MLB history. All Verlander did in his return from his long layoff was lead the AL in wins, ERA, ERA+, WHIP and hits allowed per nine innings. Just like that, it’s all back on the table — Verlander’s long-stated desire to pitch into his mid-40s, his quest to win 300 games, one more monster contract, all of it.

My one qualm with the voting came before Wednesday’s results were even announced, which is that I thought Ohtani should have been a finalist and Verlander’s top competitor for the award. Even if that had happened, I would still have leaned towards Verlander. As for Cease and Manoah — both young, emergent aces — they’ll have plenty of more shots at this honor.

I am a little shocked that it was unanimous. While I thought Verlander should win, the separation between him, Cease and Manoah wasn’t overwhelming. It’s a great achievement though and amazing that we have two unanimous Cy Youngs in one season.

Here’s how my AXE leaderboard had it:

From Tommy John to Cy Young form at 39? Inside Justin Verlander’s unprecedented return to dominance