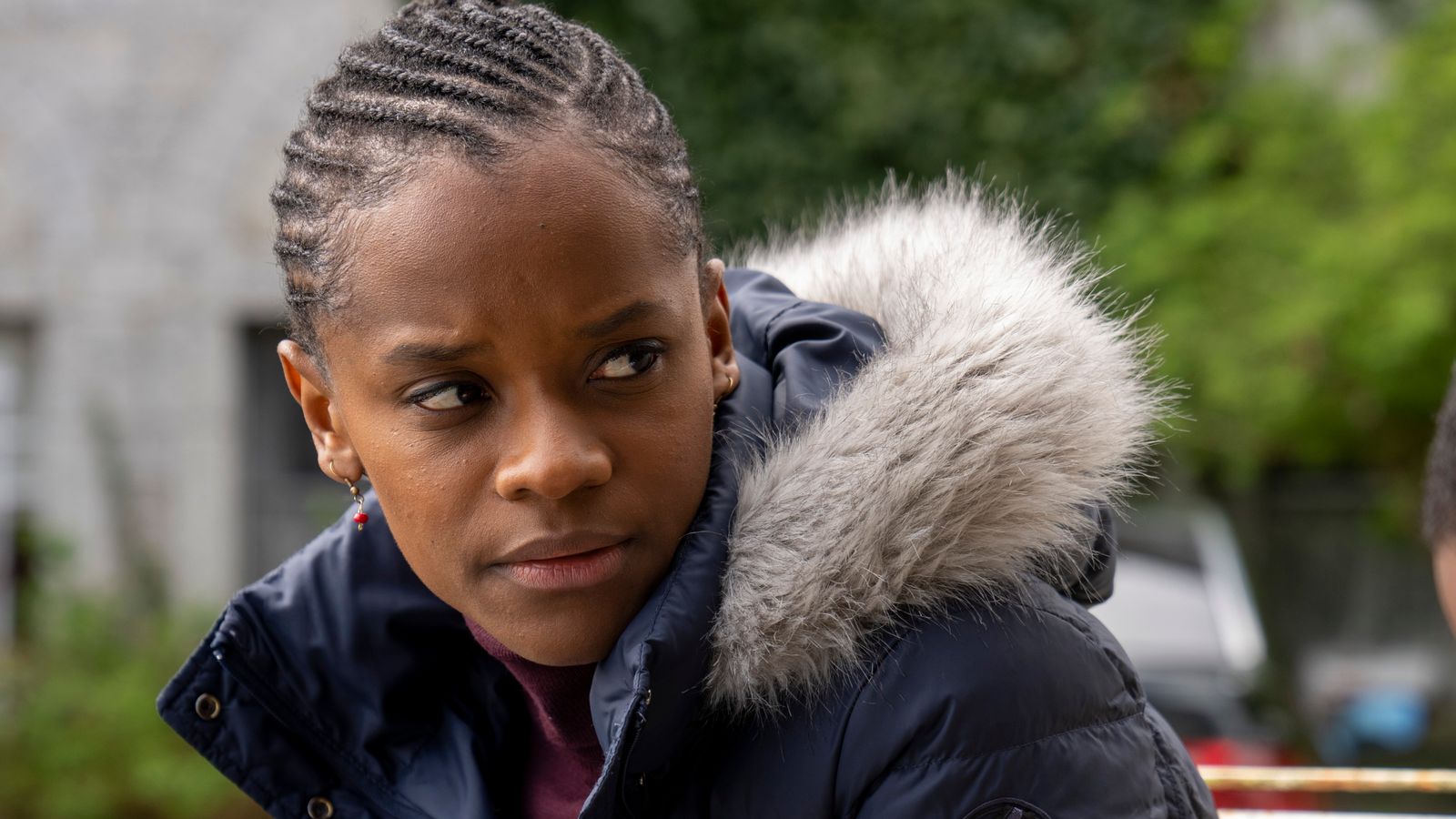 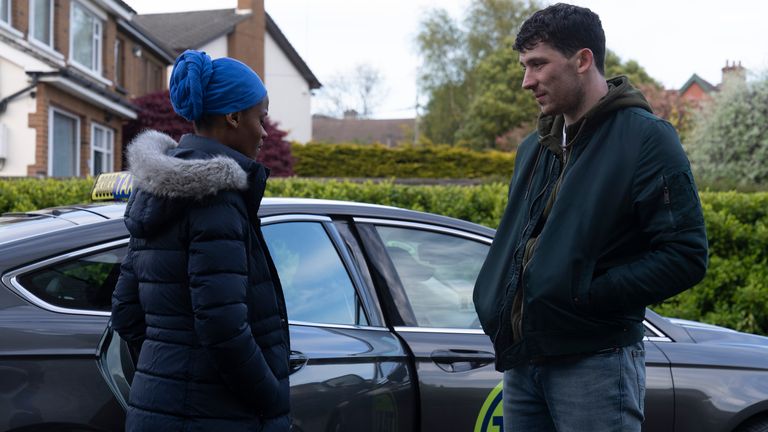 After starring in the highly anticipated Black Panther sequel Wakanda Forever, Letitia Wright can now be seen in another film addressing themes of loss, as well as how we treat people from other countries.

But rather than being set in a fictional place where superheroes help keep the peace, Aisha is a study of the very real immigration system in Ireland.

The drama, from writer-director Frank Berry, who is known for his socially conscious films, sees Wright playing the titular role of Aisha; a Nigerian woman who befriends a former prisoner (played by The Crown’s Josh O’Connor) while seeking asylum in Ireland, but whose future in the country is under threat.

Wright told Sky News that in preparing for the role she spoke to many people who had faced similar issues to her character.

“Frank [Berry] was able to introduce me to the people who he’s been communicating with for the past four or five years of him making the script and putting it together, so I got to have real conversations with women who’ve gone through similar situations as Aisha,” she said.

“I got to dive into the documentaries, dive into the research material that’s provided for me via Frank and our production company, and I just got to sit with it and allow myself to be a vessel for these stories and to feed that into the character of Aisha.

“Because on the page, the work is pretty much done for you and it’s on the page and it’s excellent – but it’s even more so when you’re speaking to people on a real level.

“It channels the scene, it channels you as an actor to just be more sensitive and it does something for you in the scene – it brings a reality and a truth that you can’t find by maybe just reading it and not speaking to people on a real level.”

As viewers watch Aisha struggling to start a life in Ireland, the realities of the way the system works (or seemingly doesn’t work) make for frustrating viewing.

Wright says the work has stayed with her.

“In a way when I represent any human being on screen I see it as truth,” she said. “When we’re speaking to these women and we’re speaking to these young men and children who have gone through so much within the system, you realise that this story is pieced together from all their voices, but we just found a linear way to take you through that journey in the form of a film.

“But yeah, it does stay with you and it does allow you to see that your project is allowing you to give a voice to the voiceless and that’s really imperative for us on this journey.”

Berry, who is Irish, says the idea for the film came about while researching his last film about the Irish prison system, when he discovered it was run by the same government department as the immigration system.

He says he then set about “listening and meeting people over a long period of time” in order to make Aisha as close to the truth as possible.

“It comes from a documentary impulse, because my background is documentary – so it’s to create a space for discussion, really,” he said.

“And if it’s not close to reality, then it’s undermined… the aims and purposefulness of the whole endeavour is to create conversation, that’s the motivation behind all my work really, it’s what drives me.”

Wright says she wanted to be involved because Aisha felt so authentic as a character.

“I’m drawn to stories that explore characters on a human level [and are] multi-layered – I thrive for that, I’m thirsty for that and I try to look for that in each project,” she said.

“Aisha is a beautiful contribution to my catalogue of truth-telling, but yeah, I try to find projects and characters that will move you because cinema is very hard and filmmaking is very hard, it’s not an easy process.

Aisha is in cinemas and on Sky Cinema from 17 November