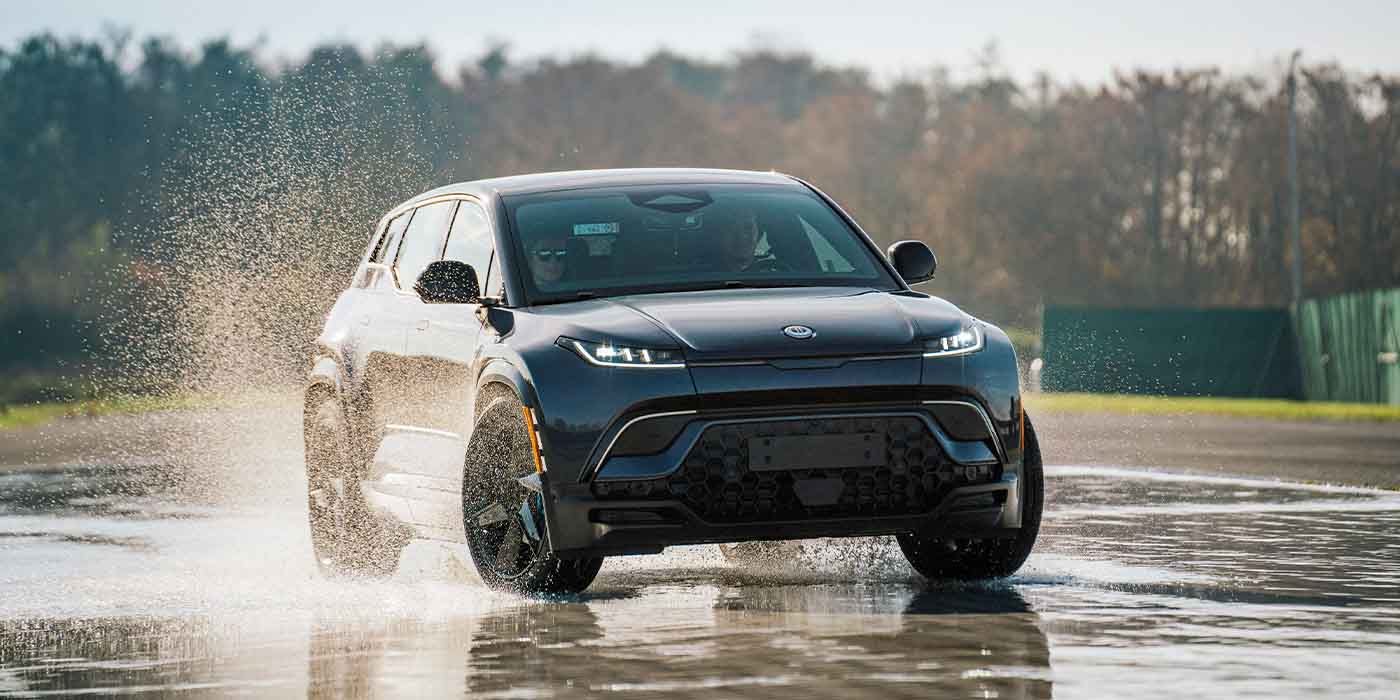 American EV automaker Fisker Inc. has just hit a major company milestone years in the making. Contract manufacturer Magna Steyr has officially begun production of the Fisker Ocean SUV at its carbon neutral facility in Graz, Austria. With Magna’s help, this second iteration of the Fisker brand continues to prove the naysayers wrong while moving to deliver a truly unique looking EV.

Shortly after its rebirth as Fisker Inc. ($FSR), the American automaker began teasing an all-electric SUV focused on sustainability and a distinctive design founder Henrik Fisker is known for. There have been plenty of bumps along the way, but Fisker truly got the Ocean’s wheels turning so to speak, when it signed a contract manufacturing agreement with Magna International.

As one of the top five largest contract manufacturers in the world, Magna was a brilliant partner to bring onboard to help get the Fisker Ocean over the production finish line. It was on this same day one year ago that Henrik and the Fisker team officially debuted the Ocean SUV in front of a crowd at the Los Angeles Auto Show.

Since then, Fisker has an reported increasing appetite for the Ocean ahead of production, most recently tallying over 63,000 reservations following its Q3 report. Furthermore, its 2023 Sport and Ultra trims of the Ocean are already sold out in the US. Throughout all the updates the past 365 days, Fisker continually relayed that Ocean production remained and track, and it wasn’t lying.

Ocean Production kicks off a new era of Fisker EVs

Fisker shared a brief press release this morning, confirming the long anticipated start of Ocean production in Austria, where Henrik Fisker has been frequently visiting to monitor the flagship EV’s progress. He shared his thoughts:

It’s an emotional day as we start production of the world’s most sustainable vehicle in record time – on time – in the carbon-neutral factory in Graz. We’ve challenged the old model of longer development timelines, reflecting our team’s agility and dedication to creating emotionally desirable vehicles with the newest, most unique, experience on our price range. We have the highest quality at launch, aligned with our commitment to leading the industry in sustainability. More than 63,000 customers worldwide share our enthusiasm. It’s a day for our team and fans to celebrate.

Good on you, Henrik. You deserve to celebrate this moment because many have doubted you. The team should absolutely celebrate today, but get back to work tomorrow. The next task will be delivering the Fisker Ocean SUVs and dealing with any and all issues that come with bespoke vehicles and scaled production.

By debuting an EV with starting MSRP of $37,499, Fisker had also made good on a promise to offer EV below $30k, should that customer qualify for the full $7,500 federal tax credit. However, new terms of the Inflation Reduction Act signed back in August now disqualify the Fisker Ocean from any federal tax credits since its production is overseas. The company has, however, found a few workarounds and is even working with Magna Steyr to possibly establish manufacturing on US soil.

Fisker’s second model, the PEAR will be built in the US by Foxconn at its recently acquired Lordstown plant in Ohio. That EV could very well qualify for federal tax credits, would could be tremendous for consumers considering Fisker Inc. says it will arrive at a starting price below $30,000.