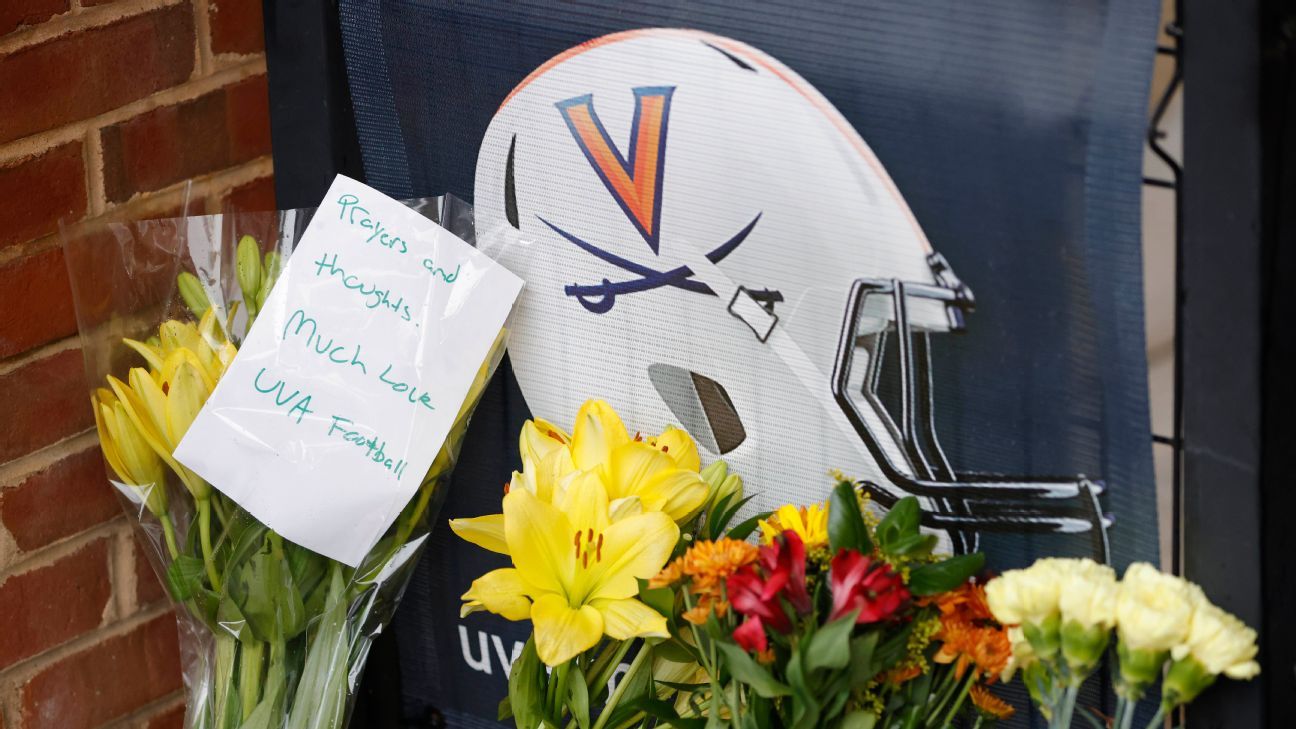 Hingeley told the judge that Jones had previously been convicted on a misdemeanor charge of having a concealed weapon in Chesterfield, Virginia, on June 10, 2021. He was fined $100 and given a 12-month suspended sentence. A judge also issued a three-year good behavior bond in that case, according to court records obtained by ESPN, and the judge ordered Jones to forfeit the firearm.

At the time of that arrest, Jones also had outstanding warrants on misdemeanor hit-and-run property damage and reckless driving charges in Petersburg, Virginia, from 2021. He was convicted on Oct. 28, 2021, and that judge also issued a 12-month suspended sentence on each of those charges.

Junior receiver Lavel Davis Jr. of Dorchester, South Carolina, and junior defensive end/linebacker D’Sean Perry of Miami also were killed in the shooting. Running back Mike Hollins of Baton Rouge, Louisiana, is hospitalized after being shot in the back. A fifth person on the bus, Virginia student Marlee Morgan, was also shot.

“We are all grieving and saddened and devastated by these events in our community,” Hingeley said. “All of us in this community care for the victims’ families and wish for the speedy recovery of those who are being treated at the hospital and who were wounded. We wish that there could be comfort for the family members of the victims who died in this terrible tragedy.”

Jones, 22, was transferred to the Albemarle-Charlottesville Regional Jail on Tuesday from a facility in Henrico County, Virginia, where he had been arrested without incident the day before. He is charged with three felony charges of second-degree murder and firearm use in the commission of a felony, as well as two counts of malicious wounding and additional gun-related charges related to shooting Hollins and Morgan.

Hollins’ family has confirmed that he was injured in the shooting. Gordon McKernan, a spokesman for the Hollins family, told ESPN on Wednesday that Hollins had emergency surgery Sunday night to remove a bullet from his stomach. Doctors performed a second surgery to check for internal injuries and were encouraged by what they found, according to McKernan.

McKernan said doctors removed Hollins from a ventilator after the second surgery.

According to UVA Health, one patient was discharged from the medical center Tuesday and the other patient remains in serious condition.

The violence at the state’s flagship public university has set off days of mourning among students and faculty, the broader Charlottesville community and other supporters. Classes resumed Wednesday, although the school announced it was canceling its final home football game of the season, a game against Coastal Carolina scheduled for Saturday.

No decision has been made yet about whether UVA will participate in its final game of the season on Nov. 26 against Virginia Tech in Blacksburg, the university said in a news release.

University president Jim Ryan said Monday that authorities did not have a “full understanding” of the motive behind the shooting. Jones was a member of the football team during the 2018 season, a one-semester walk-on, according to athletic director Carla Williams.

ESPN’s Paula Lavigne and The Associated Press contributed to this report.