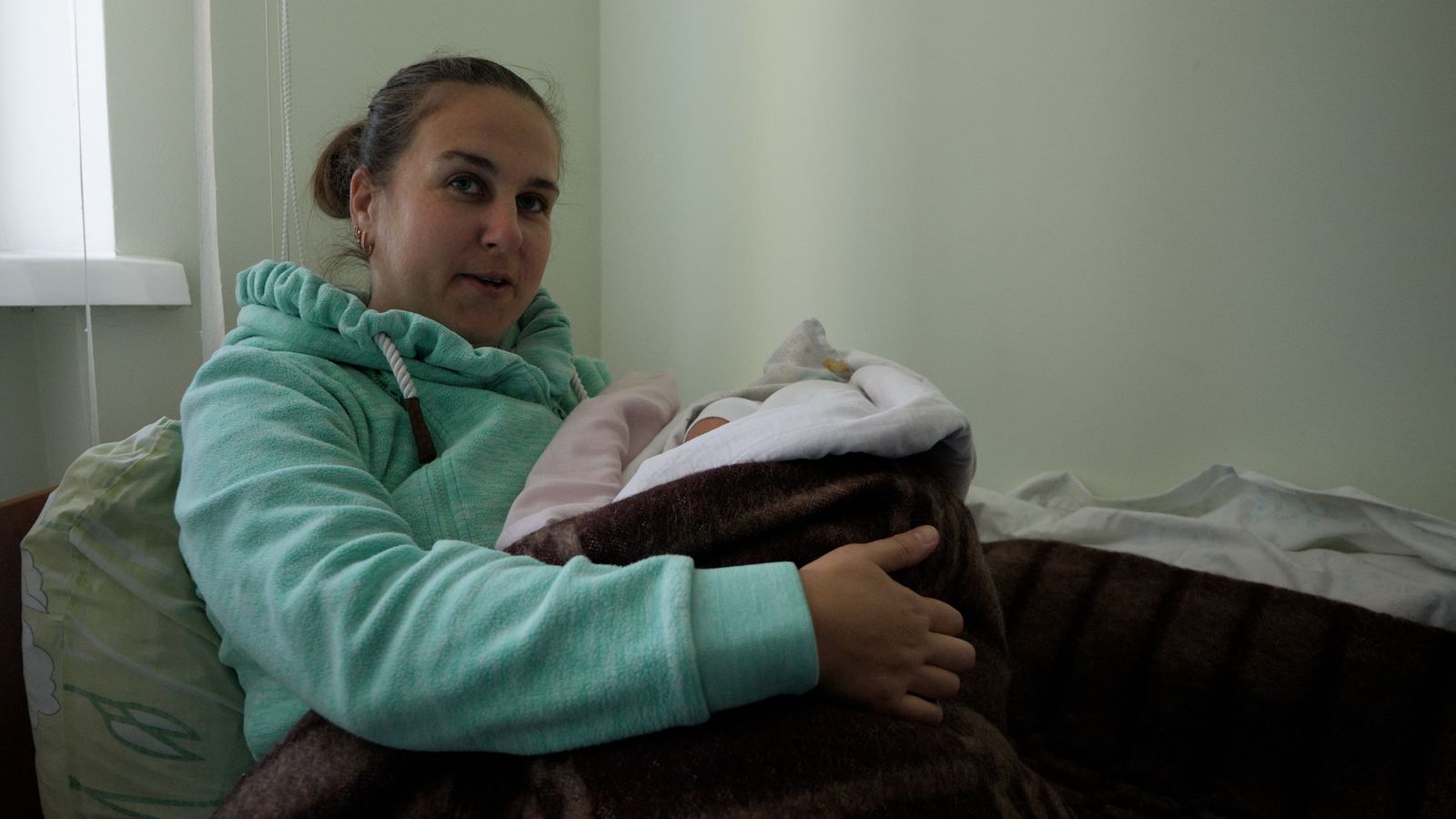 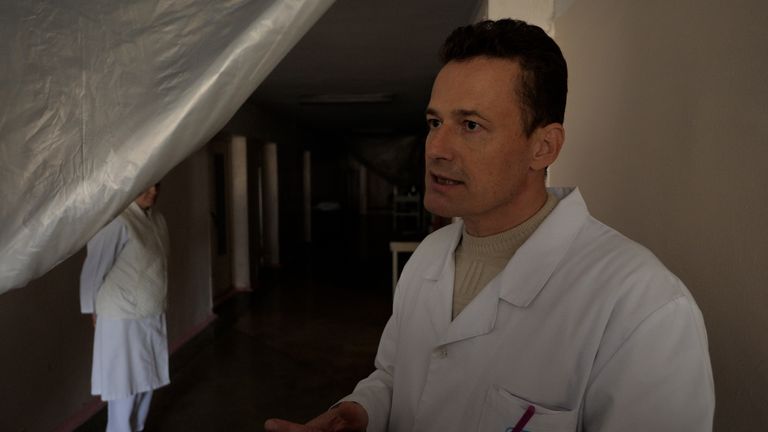 Head doctor Irina Starodumova guides me through the gloom with torch in hand in Kherson’s central hospital.

As we walk, she tells me that they look after people with the sound of shelling in the background, a constant reminder that war is never far away.

Every aspect of her work, and her team’s work, has been impacted by the war and the liberation of her city will not make things better overnight.

“We have to refuse help to some patients, unfortunately. We have the same needs as before the war, but we can’t get any medicines now,” she says.

They are short of everything here but perhaps most of all power.

There’s only one generator for the entire hospital and sometimes they can’t get enough diesel to keep it running.

When they retreated, the Russians destroyed infrastructure in the city that provides basic services and it’s those with the greatest need that are suffering most.

As we are taken to the maternity ward, we can hear artillery thumping over our heads – the staff never get used to this trauma they cannot escape.

Inside the difficulties are acute.

Alyona has just gone into labour and keeping her warm is the priority for the medics – they’ve set up an electric bar heater; it’s improvised but it works.

“We can’t provide heating for everyone after they’ve given birth. We can do it during surgery, and we are able to provide heating during some procedures. But we can’t warm up all mums and newborns after the birth.”

In the room next door is Yulia.

Her son Constantin came into the world on the day this city was liberated, the nurse helps them keep warm using plastic bottles of hot water.

The babies in the unit were all conceived just before the start of this war and for nearly all of their pregnancies the mothers were living under Russian occupation.

For Marina, her happy day is tinged with sadness.

“I could say he is a child of war from the beginning to the end; when Kherson was occupied until it was liberated. I don’t even know whether his father knows he has a son.”

This war has been grinding on now for nine long months but the mothers here hope their children will grow up knowing only freedom.

Inside Kherson: What next for Russia’s war with Ukraine?
Missile that hit Poland killing two is unlikely to have been fired from Russia, US President Joe Biden says