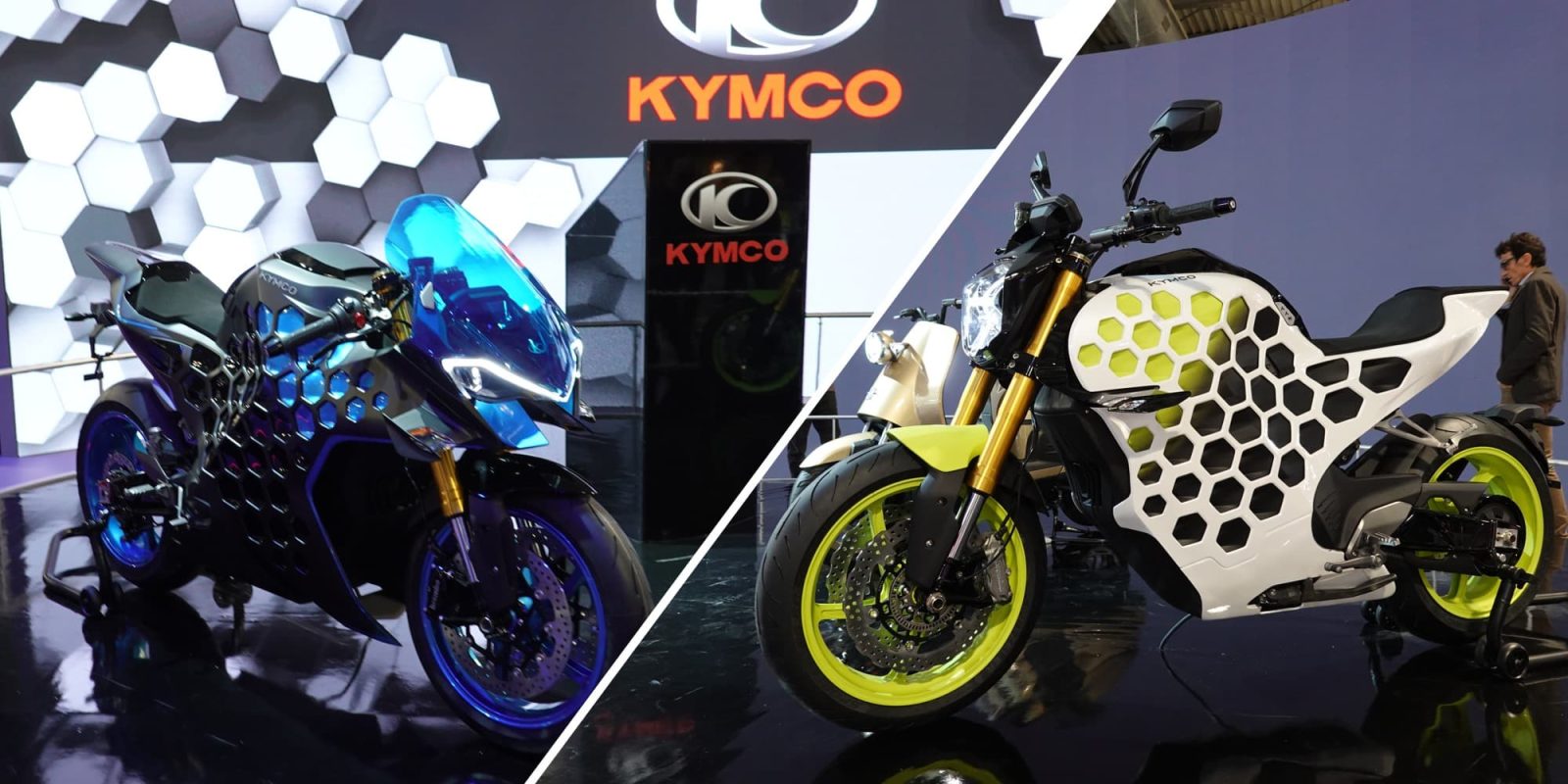 KYMCO unveiled updated versions of its two high-performance electric motorcycle prototypes at the EICMA Milan Motorcycle Show, giving riders a taste of what’s to come from the major two-wheeler manufacturer.

KYMCO is better known for its scooters and smaller format motorcycles, but the brand announced a stark departure with its 2018 unveiling of the KYMCO SuperNEX electric superbike.

A year later KYMCO rolled out the RevoNEX, a slightly toned down model designed more for high-performance recreational riding than laying down track times like the SuperNEX.

Both bikes were supposed to offer high speeds, high torque, and, most interestingly, a multi-speed gearbox.

Both bikes also seemed to disappear from the company’s product horizon, with only occasional updates over the years but lacking clear timelines for production.

Now KYMCO is breathing new life into the pair of bikes, unveiling their updated designs at EICMA 2022, where I had the chance to sit down with KYMCO’s chairman Allen Ko to learn more.

KYMCO SuperNEX and RevoNEX expand on the original design philosophy that gives riders five distinctive experiences: the joy of shifting, the thrills of performance, the assurance of control, the sensation of sound, and the versatility of driving modes.

We don’t yet know exactly what the bikes will offer in terms of concrete tech specs — which has become a running theme with electric motorbike unveilings at EICMA 2022. But we have a pretty good idea of what platform the SuperNEX and RevoNEX might share.

KYMCO was one of the key investors in Harley-Davidson’s public offering of its electric motorcycle brand LiveWire. The Taiwanese motorbike manufacturer already has major manufacturing agreements with other motorcycle companies such as BMW and Kawasaki, proving itself as a manufacturing partner for major international brands.

It thus seems likely that KYMCO will perform a similar role with LiveWire, helping to manufacture some of the company’s upcoming electric motorcycle platforms or components.

That could lead to LiveWire’s Arrow platform or other design foundations making their way into KYMCO’s products, most notably into the SuperNEX or RevoNEX.

While this hasn’t been officially announced by either brand, KYMCO representatives have indicated that the move is likely in the works.

We also don’t yet know much about the gear shifting that will be employed on the bikes, though Ko hinted in an interview with Electrek that it will likely be a form of simulated electronic shifting as opposed to a traditional gear box.

In another example of KYMCO’s partnership prowess, the company also unveiled an electric scooter developed with MV Agusta known as the Ampelio.

The i-One Fly scooter uses a pair of batteries to power its higher-spec 3.6 kW motor.

The Super 6 Pro also uses a pair of batteries but has an even higher power 6.4 kW motor.

With IONEX’s batteries as a starting point, other manufacturers can leapfrog their own production to quickly iterate electric scooters around an existing drivetrain.

It’s a solution we’ve seen employed by other companies in the market, allowing early movers in the market to capitalize on their proven technologies.

What do you think of KYMCO’s unveilings from the EICMA 2022? Let’s hear your opinion in the comments section below!