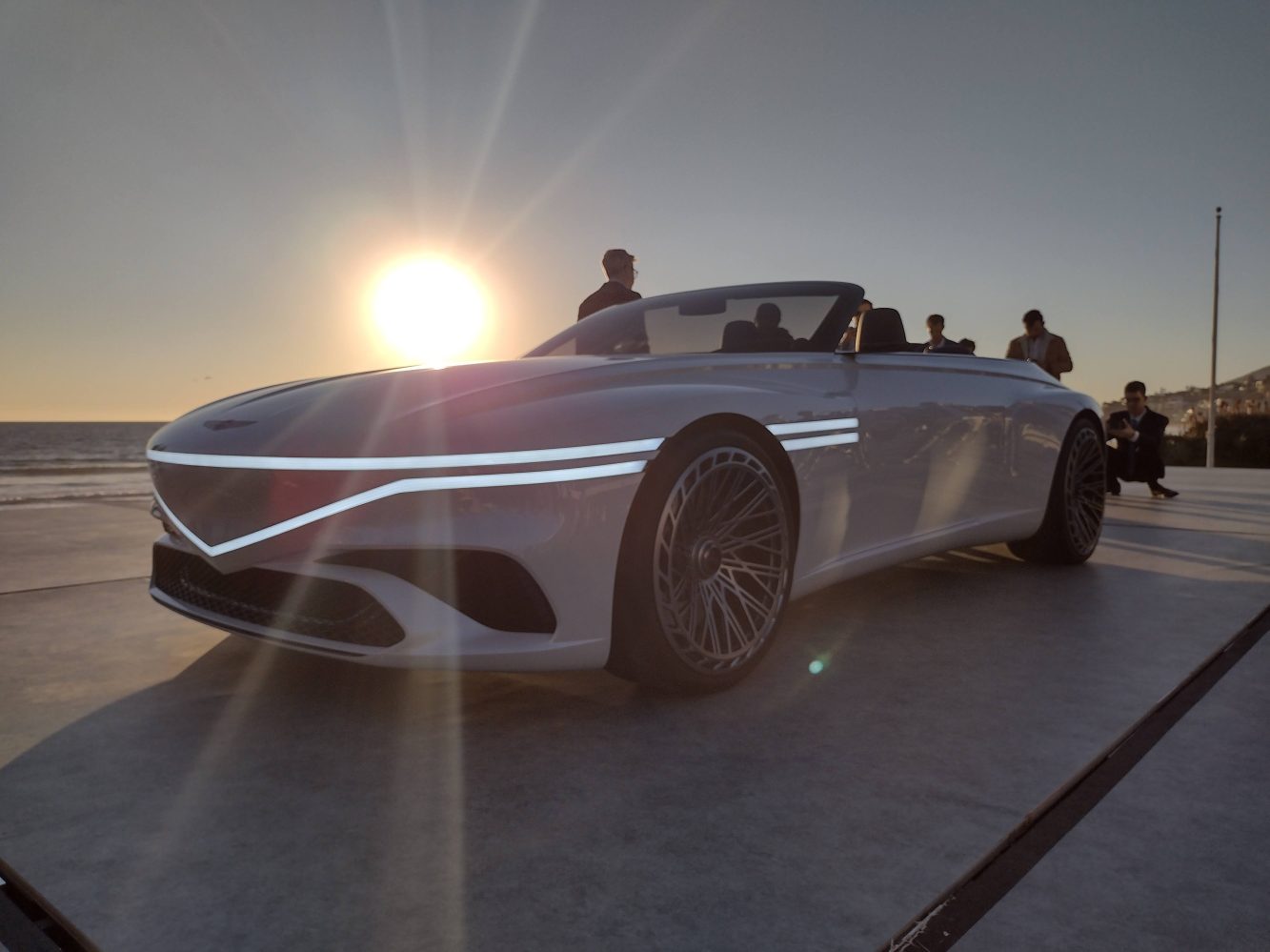 After the release of the Genesis Concept X Speedium, Genesis has unveiled a totally new vehicle, concisely named the Genesis X Convertible. Genesis was keen to observe the reaction of the present media, and is undoubtedly watching the public’s reaction through articles just like this one. With Genesis lending a listening ear, what do you think? Dope or nope?

Many don’t realize that Genesis, the flagship badge of the Korean Hyundai Group, is already selling two fully electric vehicles. The first is the G80 Electrified, an electric luxury sedan that recently expanded sales operations into a total of 12 states. The second received a similarly narrow release, the GV60 crossover. The G80 was made by adapting the current gas-powered G80, whereas the GV60 was built from the ground up to utilize Hyundai’s E-GMP platform.

With the backing of ambitious investments from Hyundai, Genesis will stop gas-powered vehicle development in 2025, and offer only electric models starting in 2030. With this in mind, we take a look at the new Genesis X Convertible.

The design is unabashedly heavy on lighting strips. The front grille is replaced by the spanning head light bars. These lights continue well past the front fender, and continue again after being interrupted by the tire. The sides of these white lights were shown to change to an amber color during a signal. The rear of the vehicle bears a similar pattern, with the dual red light bars continuing onto the side of the vehicle.

The classic convertible silhouette is a fairly conservative choice for a concept vehicle. One of the few departures from the timeless shape is the rear end, which carries a small spoiler protruding out from the top of the trunk. The trunk edge itself is concave from the side, adding a bit of a butt to the back of the vehicle.

The X Convertible concept was designed in just a few months by auto veteran Luc Donckerwolke. With some internal feedback at Genesis, Donckerwolke began the project this last June. A card stock drawing (seen below) was handed out at the unveiling event, presumably a recreation of an original idea.

During a brief interview, Donckerwolke was short on details for this, or future convertibles from Genesis. When asked about the intended electric options Genesis could be exploring, Donckerwolke responded:

We don’t talk in details about this car yet, in terms of the performance and everything. We’re working on this, this will come with time. At the moment we’re showing the search for an icon for the brand, and this is one of the possibilities.

I like this design. Assuming it’s an EV, I hope Genesis pursues it all the way to production. The EV space is getting representation in more and more segments, and I think it’s about time the convertible market got some “coverage” from a larger model. My dream EV is a big ghetto-blasting DJ Kool Herc convertible with speakers so big they blow a hole in society.

Considering the brand only has a few years of ICE development left, someone is going to be left holding the hot potato. Genesis has three concepts up for adulation right now; the Coupe, the Speedium, and this Convertible. Which of these will be stuck with a gas engine, and which will continue uninterrupted into the modern age?

Sound off in the comments section and let Genesis know what you think.