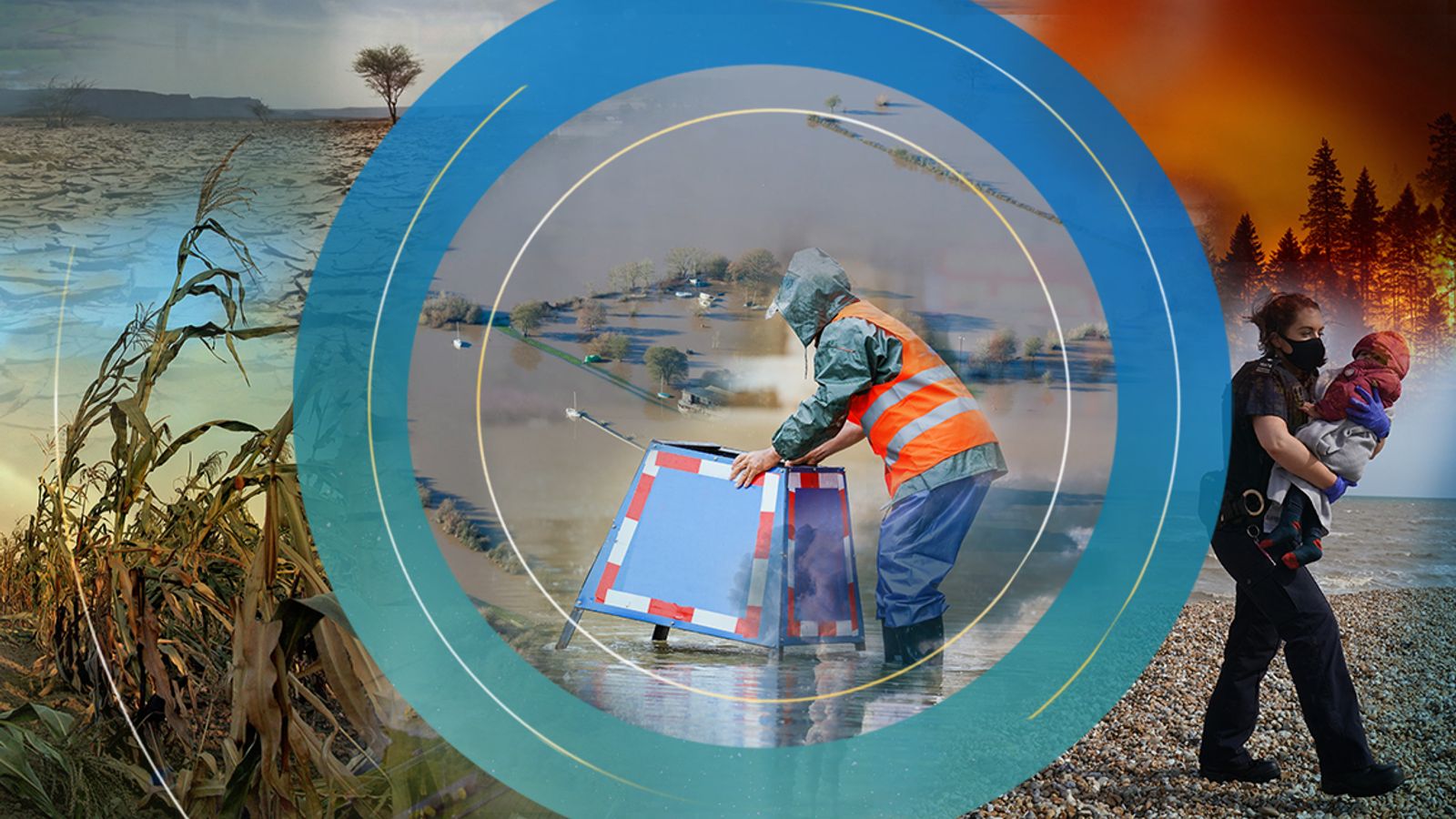 Aid and climate spending is one “lever” the government can pull to help curb illegal migration, the environment secretary has told Sky News.

Tackling the issue is a priority for the Conservatives and this week the government struck a new deal with France to try to reduce Channel crossings in small boats.

Asked if spending on international climate programmes, which comes from the aid budget, can help tackle the issue, Therese Coffey said: “I think they all help in that regard.

“Having that stability, bringing peace and prosperity for people and the planet. They go hand in hand,” she said in an interview at the COP27 climate summit in Egypt.

But Rishi Sunak slashed overseas aid from about £14bn a year to £11bn when he was chancellor, hitting projects such as those supporting girls’ education and polio vaccinations for children.

Since becoming prime minister – and seeking to fill a £55bn hole in the public coffers – Mr Sunak has continued to classify more spending in Britain as aid, leaving much less for overseas.

Climate funding is a priority area for the UK’s aid, but experts warn humanitarian and climate challenges often overlap.

On the biodiversity-themed day of the conference in Sharm El-Sheikh, the environment secretary today announced various small pots of money, including £5m of new cash to help tackle deforestation in the Amazon.

Donning a Union Jack-patterned scarf, the minister said investing in climate and aid spending helps create “stable countries and food production, sustainable use of resources – it all comes together”.

Some 21 million people are uprooted from their homes each year by extreme weather like floods, storms and scorching temperatures.

In many parts of the world this is being supercharged by climate change, according to the United Nations.

These numbers are expected to soar in the coming decades. International think tank IEP estimates more than a billion people could be displaced globally by 2050 due to climate change and natural weather dangers.

It is impossible to achieve climate targets without protecting nature, she added as she prepares for the biodiversity summit in Montreal in December – a smaller version of the climate COP.

But she conceded she was “disappointed” that the government recently missed an October deadline to publish new targets on air quality, water quality, nature and waste management.

“It’s important that we get those right because they are long-term and they need that commitment from right across government. But we are working at pace to deliver them,” she pledged.