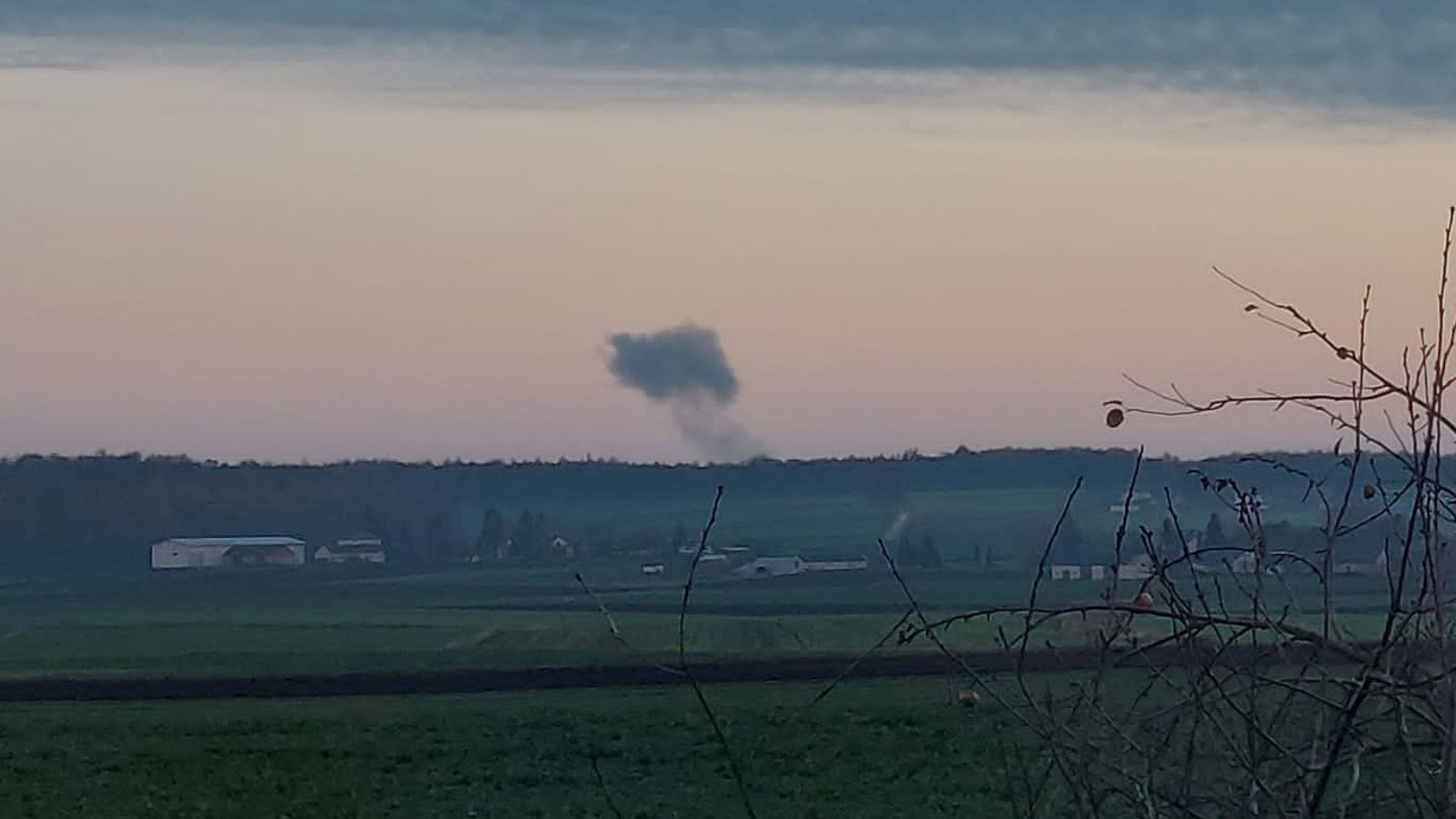 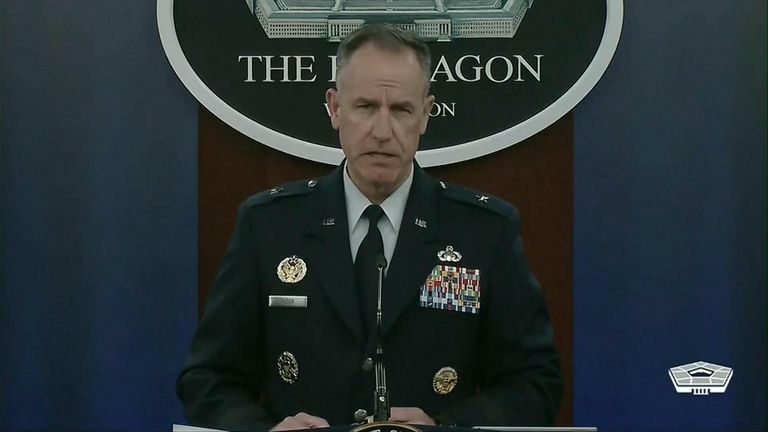 Poland’s government spokesman, Piotr Muller, said the country was raising the readiness of its military units.

He also confirmed that there had been an explosion that killed two Polish citizens, and said discussions were underway over whether to activate NATO’s article four, which involves all members meeting at the alliance’s HQ.

Ukrainian President Volodymyr Zelenskyy said Russian missiles had struck Poland and he had long warned that Russian actions were not limited to Ukraine.

He added that a strike on NATO territory was a “significant escalation” and “action” was needed.

A NATO official said the alliance was investigating and coordinating closely with Poland.

US Pentagon spokesman Brigadier General Patrick Ryder said America would “defend every inch of NATO territory”, but added that he had “no information to corroborate press reports” of the alleged Russian attack.

Polish media said missiles hit an area where grain was drying in Przewodow, a village in eastern Poland near the border with Ukraine.

“Firefighters are on the spot – it’s not clear what has happened,” said firefighter Lukasz Kucy.

It added in a statement: “No strikes on targets near the Ukrainian-Polish state border were made by Russian means of destruction.”

However, Moscow launched a large number of missiles at Ukraine on Tuesday, knocking out power for seven million households.

Some of the missiles hit Lviv in western Ukraine, which is only about 50 miles from the Polish border.

Lord Richard Dannatt, former head of the British Army, told Sky News: “Modern technology is pretty accurate, so it’s quite difficult to explain away that this might have been an accident.

“If it wasn’t an accident then it was a test of the West’s response, and that’s something that’s got to be thought through very carefully.”

“Latvia fully stands with Polish friends and condemns this crime.”

The president of the European Council, Charles Michel, tweeted: “We stand with Poland.”

Germany’s foreign minister, Annalena Baerbock, said she was monitoring the situation closely and in contact with Polish friends and NATO allies.

“Russia’s recklessness is getting out of hand.”

Belgian Prime Minister Alexander De Croo tweeted: “We are all part of the NATO family.”

The Estonian foreign ministry said the news from Poland was “most alarming” and said it was ready to defend “every inch of NATO territory”.

US will ‘defend every inch of NATO territory’

Fabrice Pothier, former director of planning at NATO, told Sky News that a NATO member which had been attacked could “trigger article five” and call all other members to help in its defence.

He added that it was too early to say whether what happened in Poland was an “intended attack” or whether it was the “misfiring of a missile”.

However, he said there was enough reason to trigger article four, which involves NATO members meeting at the alliance’s HQ to discuss the perceived threat “and to take concrete actions”.

Those actions could include augmenting the air defences of both Poland and Ukraine, Mr Pothier added. He described Ukraine as “de facto the first line of defence of the alliance”.

A UK Foreign Office spokesman said: “We are investigating these reports and liaising closely with allies.”

Poland has not been involved in the conflict, but has welcomed millions of Ukrainian refugees and has widely condemned the war.

Hundreds rescued by helicopters and boats after heavy rainfall sparks floods in Australia
Ukraine war: Hope and hardship inside the maternity ward in newly liberated Kherson