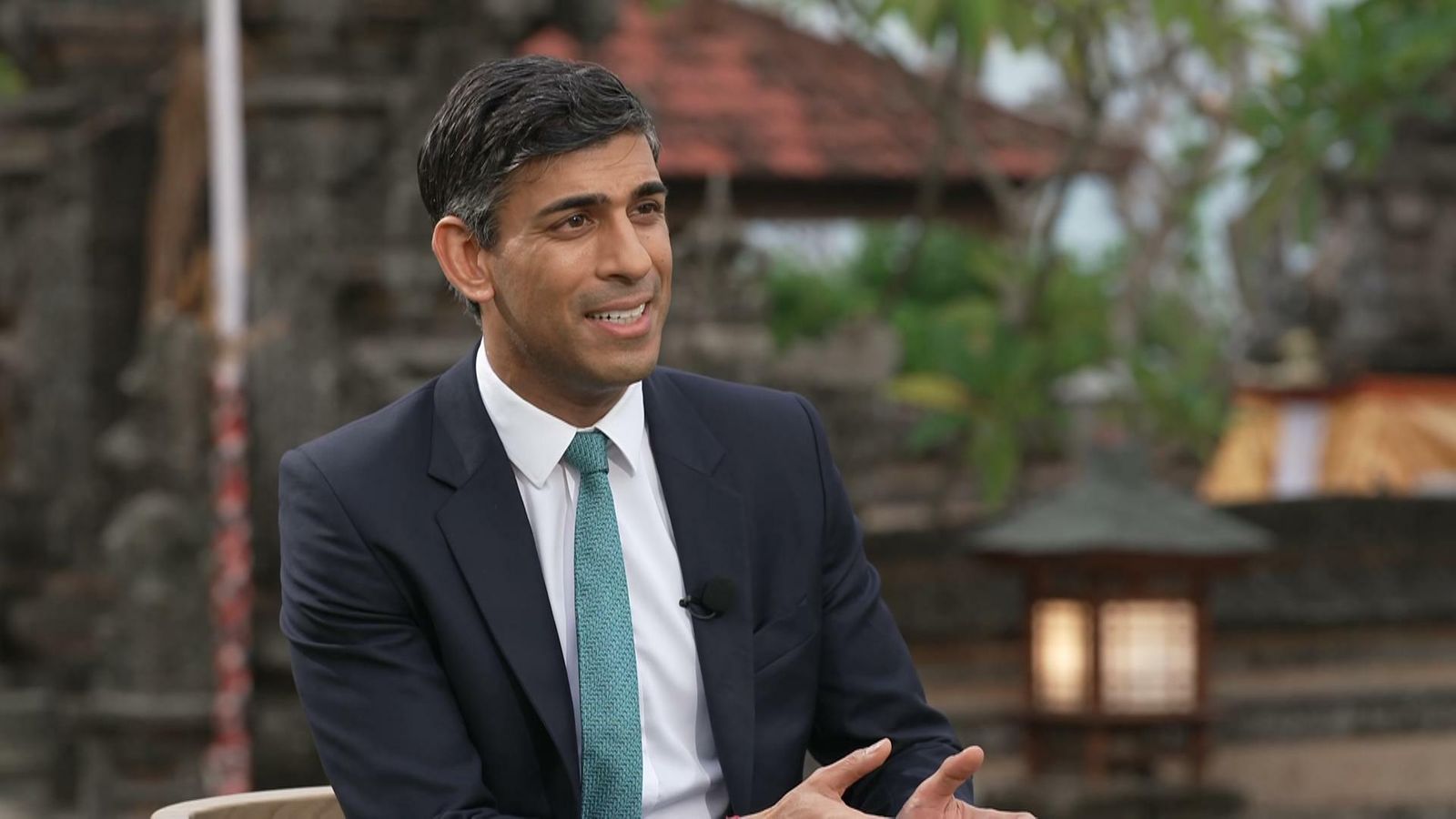 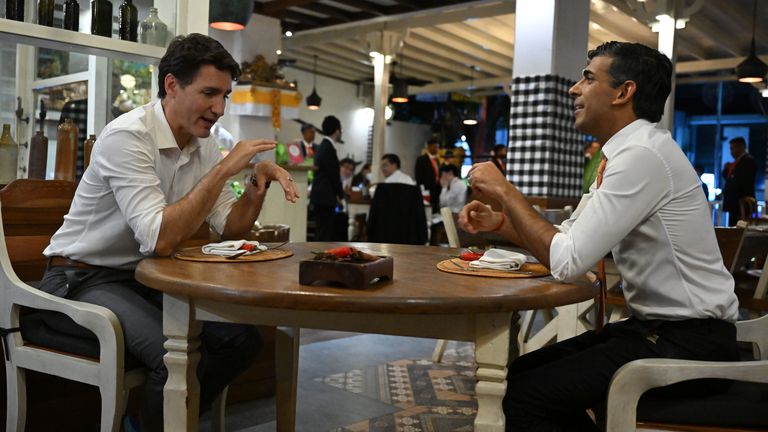 The prime minister, who is in Bali for the G20 summit, refused six times today to say sorry for the decisions his predecessor made, which caused severe and continuing financial turbulence.

He acknowledged that “mistakes were made” by Ms Truss and her chancellor Kwasi Kwarteng, whose unfunded £45bn tax cuts sent mortgage rates soaring, and created a run on sterling and a gilt market freefall.

However, every time he was asked by Sky News’ political editor Beth Rigby to apologise, he repeated that errors were made and said: “What I want to do now is fix them.”

He admitted there are “difficult decisions” to be made to get the economy back on track, but he is “prepared to do difficult things”.

Mr Sunak added: “I spent the summer talking about the challenges that our country faces, talking about what I thought was required to grapple with those and fix them to build a foundation which we could provide jobs and growth and prosperity for people over time.

“So I think that people know where I stand on all of these issues. And now that I’m prime minister, I’m going to make sure that we deliver on that.”

Although Mr Sunak spoke out against Ms Truss’s plans for the economy during the summer’s leadership campaign, he said he would not vote against her mini-budget.

He said since he took over the reins, there is now “much more stability in the UK’s financial position in terms of what the UK is paying to borrow money and what’s happened to the pound”.

Analysis released on Monday by the independent Resolution Foundation think tank found Ms Truss’s mini-budget cost the UK £30bn, doubling the sum the Treasury says will have to be raised by Jeremy Hunt, the chancellor.

Mr Hunt will seek to tackle that £60m “black hole” in the autumn statement on Thursday.

The chancellor told Sky News over the weekend there will be tax rises for everybody, although the most wealthy will have to contribute more, and he will announce a rise in the national living wage.

Mr Sunak said the government has a plan “to limit the increase in mortgage rates that will bring inflation down”. 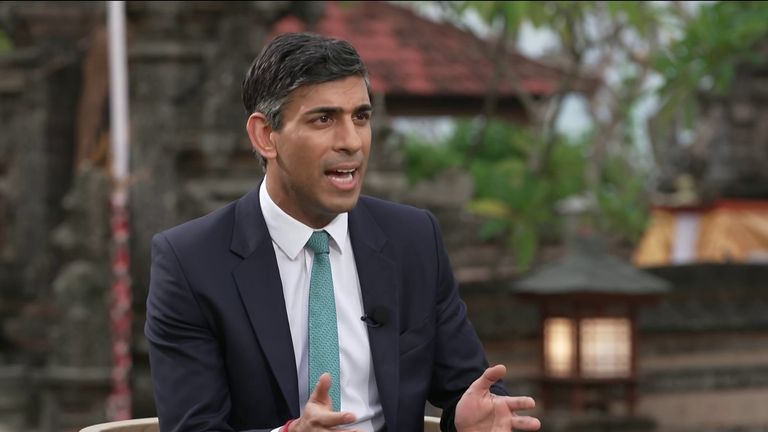 “I think that people can be reassured that we will put a plan together that will do that, and that is what you will see on Thursday,” he added.

“I think the chancellor has been very clear about the challenges we face. It’s right that we’re upfront and honest with the country about the scale of the challenge we face.

“But what we’ve also said is that the way we go about that will have fairness and compassion at the heart of those decisions.”

Mr Sunak is on his second major international visit as PM, after the COP27 climate change talks in Egypt last week.

He said he is “hopeful” he will have a meeting with Xi Jinping, the Chinese president, and said his country poses a “systemic challenge” to the UK’s values and interests.

On Tuesday morning, Ukrainian president Volodymyr Zelenskyy spoke over a videolink to the leaders of the 20 biggest economies, including Russian Foreign Minister Sergei Lavrov who is there on behalf of Vladimir Putin.

Mr Zelenskyy, who previously called the summit the G19 as he missed out Russia, told the group now is the time to stop the war in Ukraine.

There is doubt over whether a joint communique over the Ukraine war will be produced at the end of the summit as it would have to be approved by Russia.