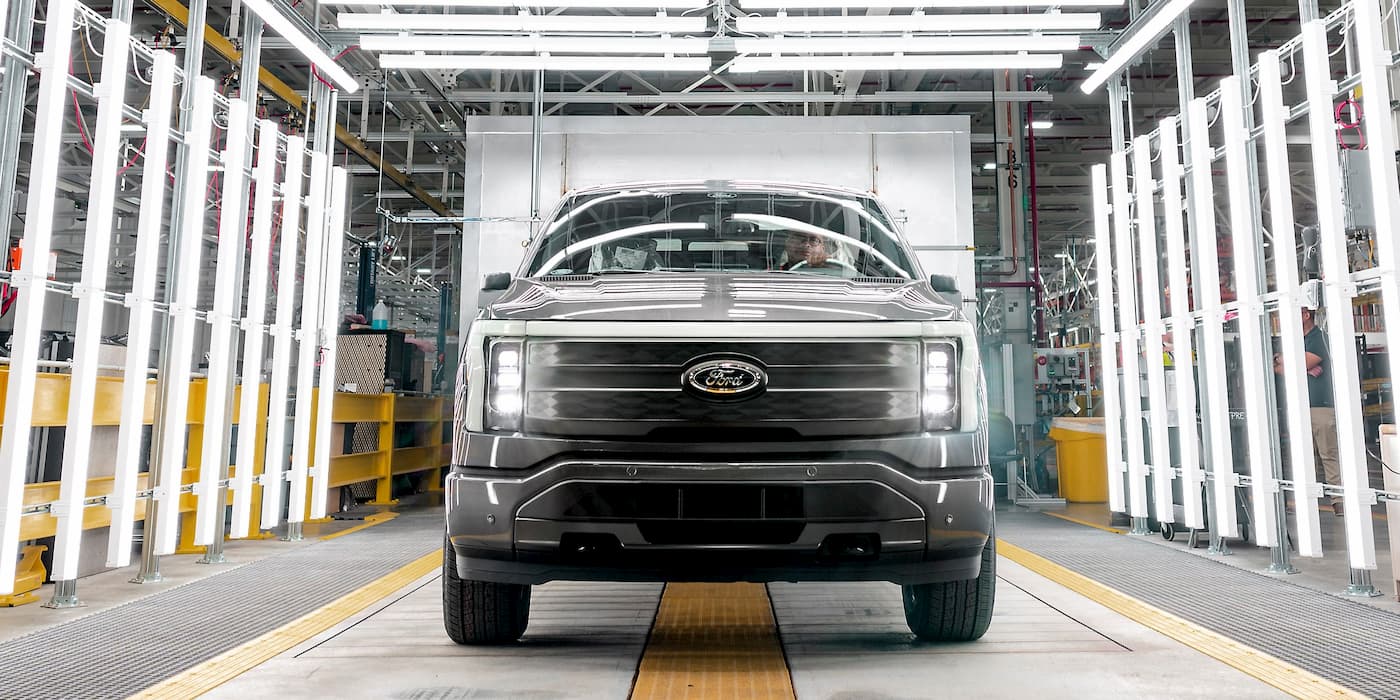 Ford is returning to its roots as it looks to keep employees on board during the transition to electric vehicles. Jim Farley, Ford’s CEO, spoke at an event in Detroit, telling reporters Ford is “going back to our model A” in reference to bringing production back in-house during the EV production ramp.

According to Jim Farley, producing electric vehicles requires 40% less labor than their gas-guzzling counterparts, which would suggest layoffs are coming as the industry transitions over.

Although earlier this year, Ford announced it would be laying off around 3,000 employees to restructure its business around EV production, Ford’s leader has a plan so that “everyone has a role” in the company’s transformation.

Ford has had success thus far in the US EV market with the Mustang Mach-E, F-150 Lightning pickup, and E-Transit van. Through the third quarter, Ford remained the #2 EV brand behind only Tesla.

Farley is not happy with second place, explaining, “we want to be number 1” at the conference in Detroit.

To surpass Tesla, Ford’s CEO believes building EV components in-house such as electric motors and batteries, will not only secure jobs but will also create incredible value for the automaker.

On the idea of going back to where Ford started by sourcing its own vehicle components, the CEO says:

We’re going back to where we were at the beginning of the century. Why? Because that’s where the value creation is. It’s a huge transformation.

Up until now, Ford has purchased EV batteries and motors for models like the Mustang Mach-E, but this will no longer be the case, according to Farley.

Ford broke ground on its BlueOval City SK Battery Park in Kentucky earlier this year, which will play a key role in the automaker’s plans to produce batteries for its next-generation EV models.

With plans to achieve a two million EV run rate by 2026, Ford will need a significant amount of batteries to get there. Although the company says it has secured the supplies necessary to hit its 600,000 target by the end of next year, producing them in-house could bring down costs and promote higher margins.

As the company’s CEO Jim Farley mentions, Ford building its own EV components will help it to remain competitive while securing the automaker’s future in the industry.