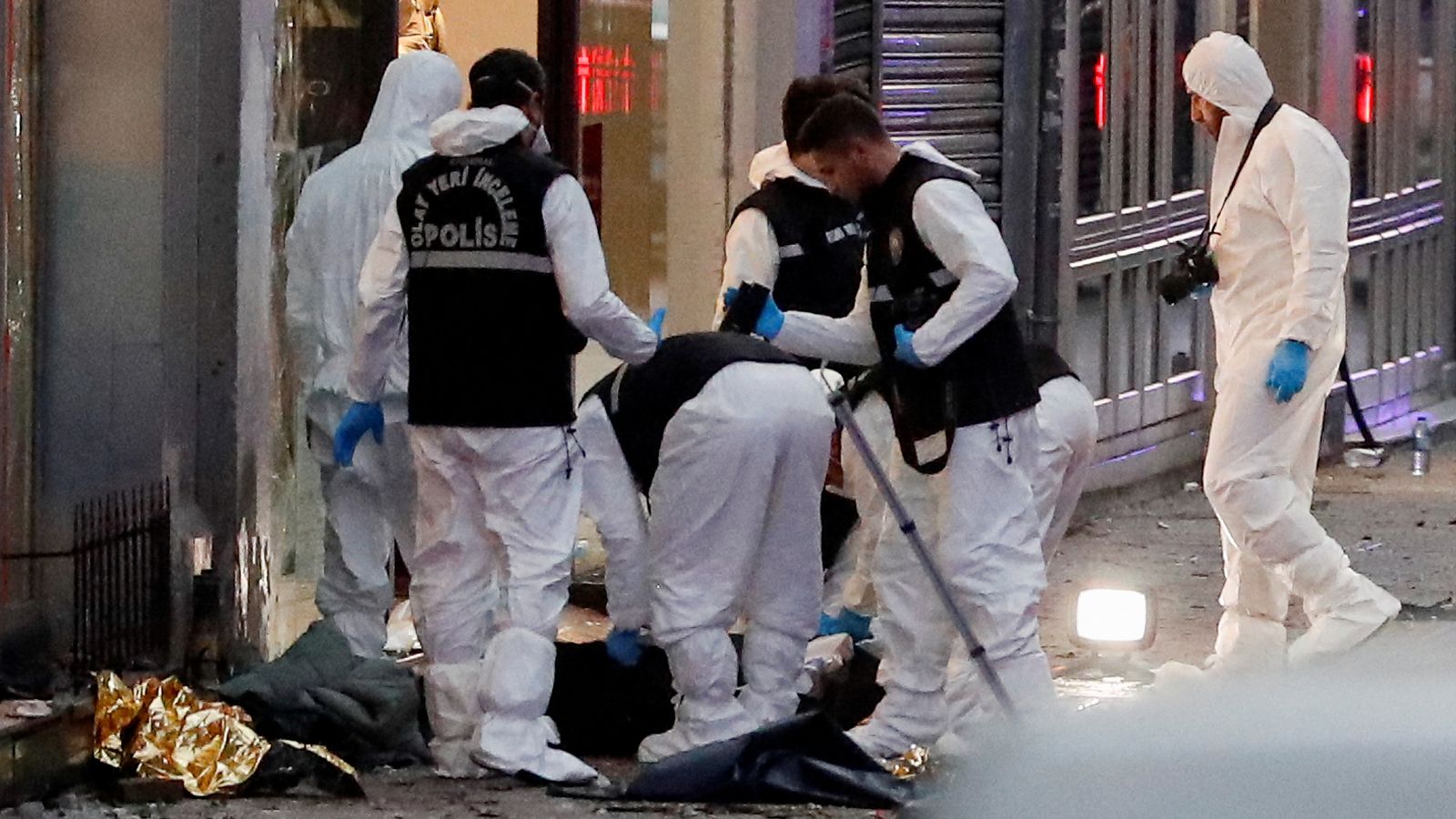 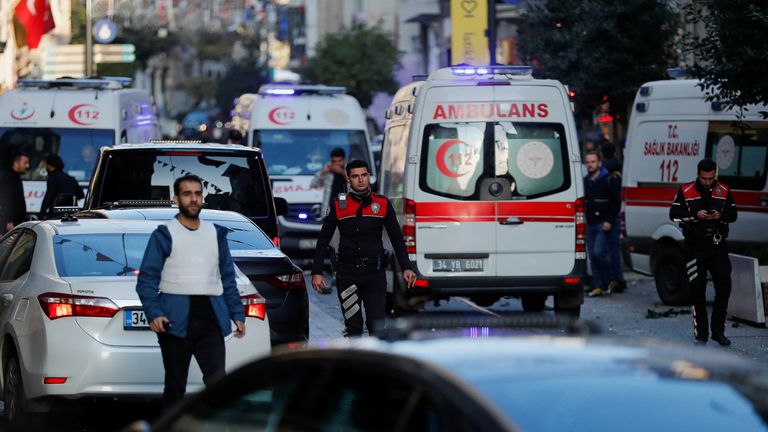 A young girl and her father are among at least six people who have died in a suspected terror attack in Istanbul.

An explosion rocked a busy pedestrian street in central Istanbul on Sunday afternoon, with Turkey’s president calling the incident a “bomb attack” and saying it “smells like terrorism”.

At least 81 were injured and police say a woman may have been behind the blast.

Among those who died was Yusuf Meydan and his young daughter Ecrin. Mr Meydan worked for Turkey’s ministry of family and social services.

The department’s minister, Derya Yanik, said: “I curse this treacherous attack that killed a father and his daughter.

“As the state, we stand by the families of our brothers and sisters who lost their lives and with our wounded people with all our means. No evil focus will be able to disrupt our unity and solidarity.”

Earlier, President Recep Tayyip Erdogan said those behind terror attacks “will fail today just as they did yesterday and as they will fail again tomorrow”.

“Our people can rest assured that the culprits behind the attack will be punished as they deserve,” he said.

He added that initial information suggested “a woman played a part” in the attack.

“It would be wrong to say this is undoubtedly a terrorist attack but the initial developments and initial intelligence from my governor is that it smells like terrorism.”

Justice minister Bekir Bozdag said detectives are searching for a woman seen near the scene of the blast.

“We were told a woman is seen sitting on one of the benches there for a certain period of time, for more than 40 minutes, then she gets up, and after a minute to two minutes after getting up, an explosion occurs,” he said.

Footage taken moments after the explosion shows panicked people running from the scene.

“When I heard the explosion, I was petrified, people froze, looking at each other. Then people started running away. What else can you do,” restaurant worker Mehmet Akus said.

“My relatives called me, they know I work on Istiklal. I reassured them,” he added.

No one has claimed responsibility for the attack.

Turkey’s RTUK regulator imposed a broadcast ban on coverage of the blast around an hour after it occurred. It prevents broadcasters from showing videos of the moment of the blast or its aftermath.

Istiklal Avenue is a pedestrian thoroughfare popular with tourists and locals and is lined with shops and restaurants.

Sergei Lavrov taken to hospital on arrival at G20
The Darien Gap: The deadly jungle trek where families risk their lives to reach America