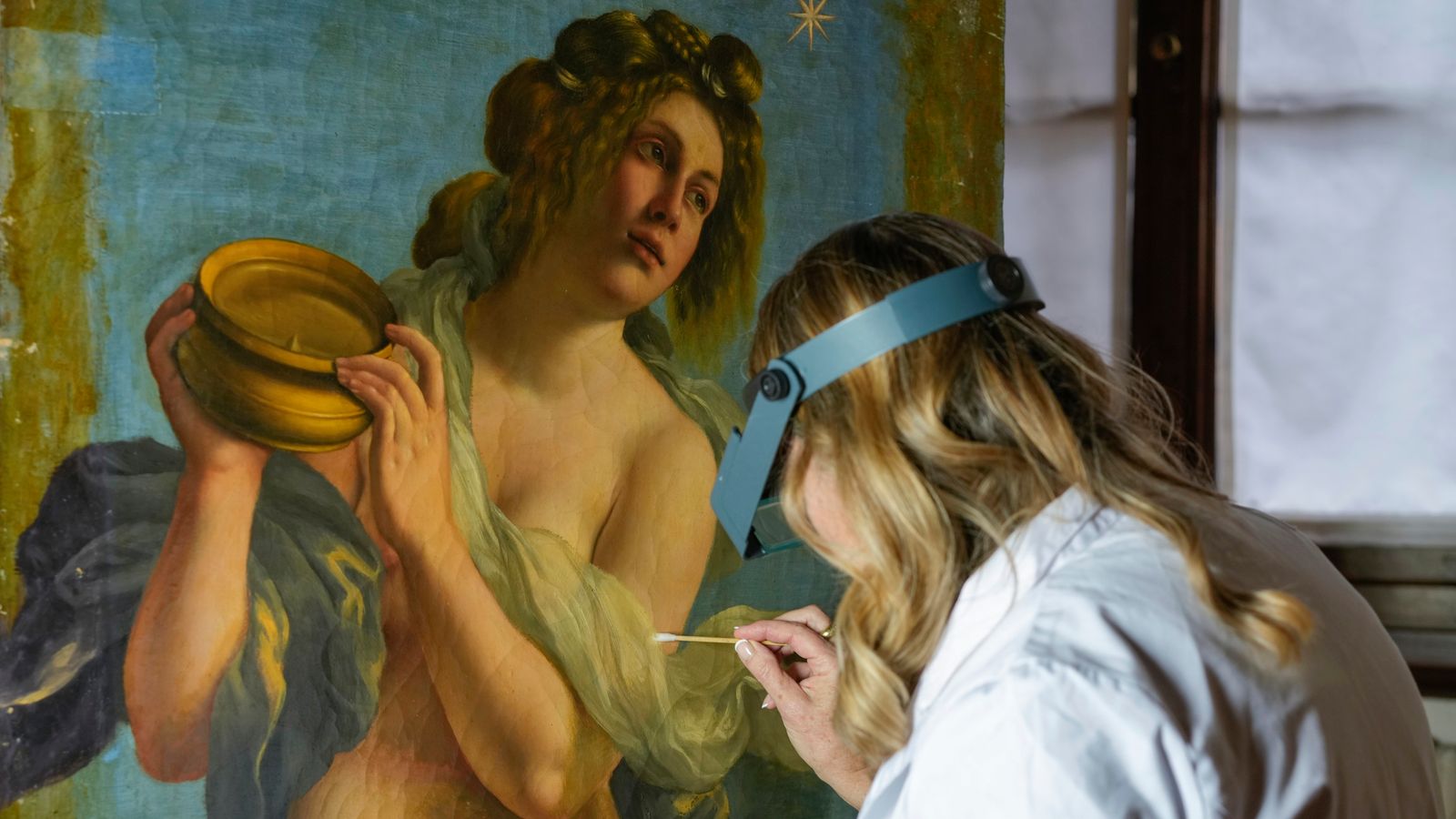 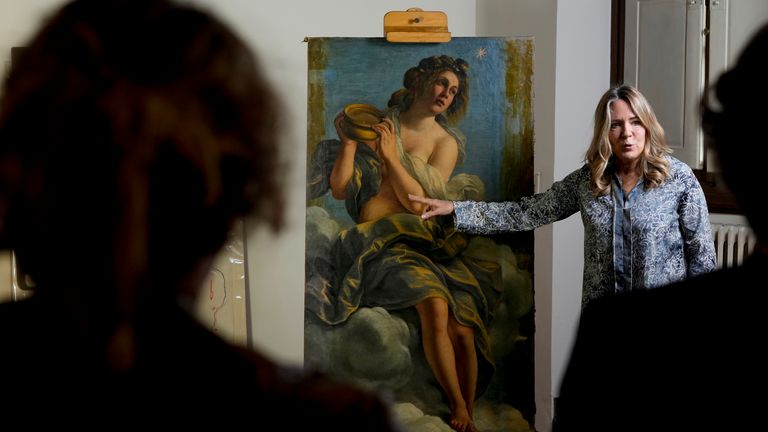 Art restorers have begun a six-month project to clean and virtually “unveil” a censored nude painting by one of the most prominent women in the history of Italian art.

Veils and drapery were added to Artemisia Gentileschi’s Allegory of Inclination some 70 years after she painted the life-size nude, which is believed to be a self-portrait, in 1616.

It comes as Gentileschi’s contribution to Italian Baroque is receiving renewed attention in the #MeToo era, both for her artistic achievements but also for breaking into the male-dominated art world after she was raped by one of her teachers.

Allegory Of Inclination was originally commissioned for the family home of Michelangelo Buonarroti the Younger – the great-nephew of the famed artist.

The building later became the Casa Buonarotti Museum and the painting was displayed on the ceiling in a gilded frame until recently.

Lead conservator Elizabeth Wick and her team of restorers are using ultraviolet light, diagnostic imaging and X-rays to differentiate Gentileschi’s brushstrokes from those of the artist that censored the nudity.

Restorers are unable to remove the veils because the cover-up was done too soon after the original and doing so would risk damaging Gentileschi’s painting in the process.

Instead, the team plans to create a digital image of the original that will be displayed in an exhibition on the project due to open in September 2023.

Gentileschi arrived in Florence shortly after the trial in Rome of her rapist, during which the then 16-year-old was forced to testify with ropes tied around her fingers which were progressively tightened as a test of her honesty.

She also had to endure physical examination behind a curtain in the courtroom to confirm she was no longer a virgin. Her rapist was convicted and sentenced to eight months in prison.

Ms Wick said: “Somebody else would have been crushed by this experience. But Artemisia bounces back. She comes up to Florence. She gets this wonderful commission to paint a full-length nude figure for the ceiling of Casa Buonarroti.

Commissions from the Medici family

While in Florence Gentileschi also won commissions from the Medici family, with her dramatic and energetic style taking inspiration from the renowned Baroque painter Caravaggio.

She was 22 when she painted Allegory Of Inclination. It was altered when another member of the Michelangelo family, Leonardo Buonarroti, decided to have it embellished to protect the sensibilities of his wife and children.

Ms Falcone said: “This is one of her first paintings. In the Florentine context, it was her debut painting, the same year she was then accepted into the Academy of Drawing, which was the first drawing academy in Europe at the time.”

She added: “She was able to hobnob with Galileo and with other great thinkers.”

“So this almost illiterate woman was suddenly at the university level, producing works of art that were then, you know, appreciated by the grand duke.

“And she became a courtly painter from then on.”

Ukraine war: Tears of relief and joy in Kherson as oppressed Ukrainians cling to their liberators
Democrats keep control of US Senate after projected win in Nevada – as Biden says he’s ‘incredibly pleased’