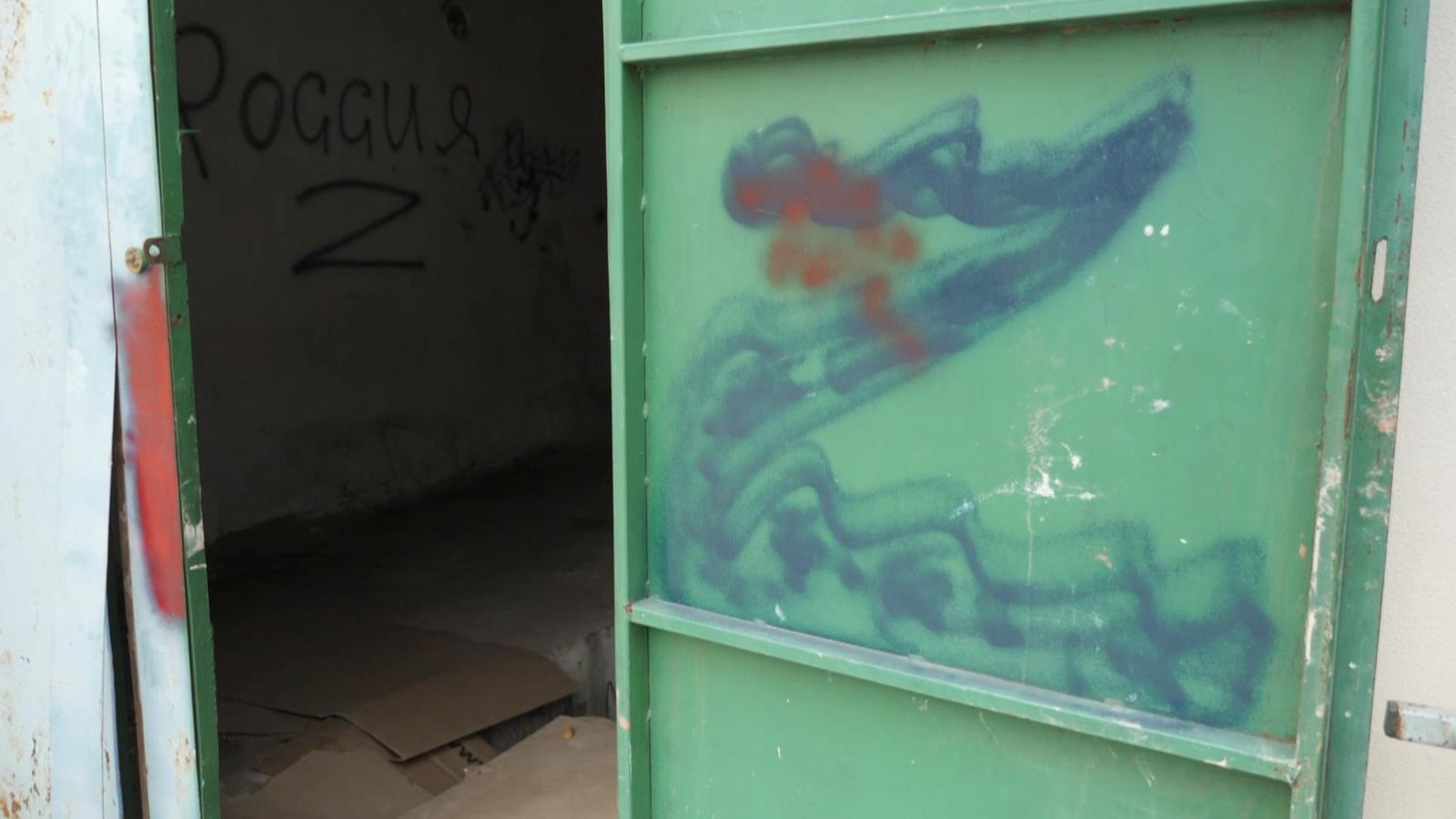 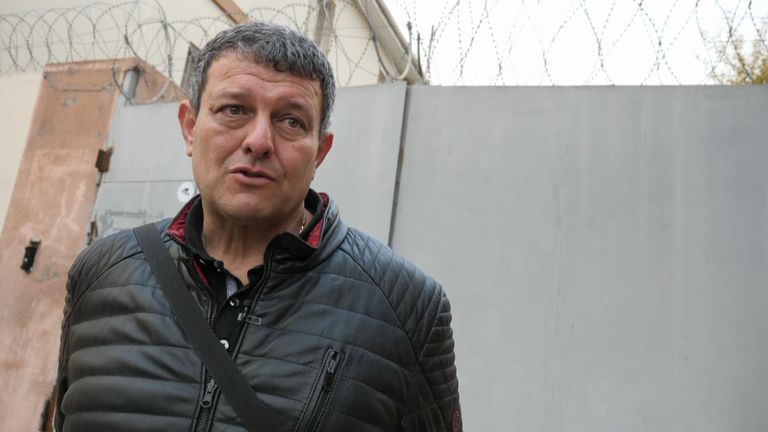 The gates swing open, creaking ominously on their hinges.

This is the first time Valery has been back to the prison where the Russians took him.

As he walks through the gates he points out the cell on the second floor where he was locked up.

And when he recounts what happened here it’s clear that it is a painful experience.

“In the 20 cells, there were more than 180 prisoners. Every day people were tortured.

“If you get inside the prison and see what they have written on the walls you will see how much they hated us.”

Valery was a successful businessman before he was arrested when he resisted as soldiers stole his trucks from his factory.

But what the Russians didn’t know was their crimes were recorded on CCTV as they looted his office and drove away with his vehicles.

He shows me the images on his phone. They clearly show the soldiers filling bags with valuables and computing equipment.

When they left they smashed everything up.

Each image is dated – it all happened in March shortly after the invasion when they captured Kherson city.

On the walls of the prison graffiti reads “Zelensky we are coming”.

But surprisingly Valery considers himself lucky as, he says, other inmates were tortured far worse.

“They were tortured severely. They were electrocuted. They were suffocating people in water. They cut people. They were doing things that I can’t imagine how any human being could do. We were praying that Ukraine would return to Kherson as soon as possible.

What happened in this building during the Russian occupation is only now coming to light.

Andrei from the apartment block next door told Valery the residents could also hear the screams.

“I heard everything, it was terrifying.

“They were raping girls here. Then they brought men here and were beating them and killing them.”

The pain of the Russian occupation is everywhere – this is a city still coming to terms and dealing with collective trauma.

Every day the queues for water get longer, a miserable wait in the biting cold.

Power is hard to come by.

People crowd around a generator to charge their phones and torches.

Amongst them is Lisa, who’s been waiting here for the last three hours.

It’s becoming part of her daily routine but she’s apprehensive.

“There could be shelling from the left bank. We were warned about that. We were told we need to look for shelter, if not, at least to try to hide in a safe part of the house.”

You can still feel the intoxicating atmosphere of liberation but people are weary and they are fearful of what comes next.

Sergei Lavrov taken to hospital on arrival at G20
The Darien Gap: The deadly jungle trek where families risk their lives to reach America