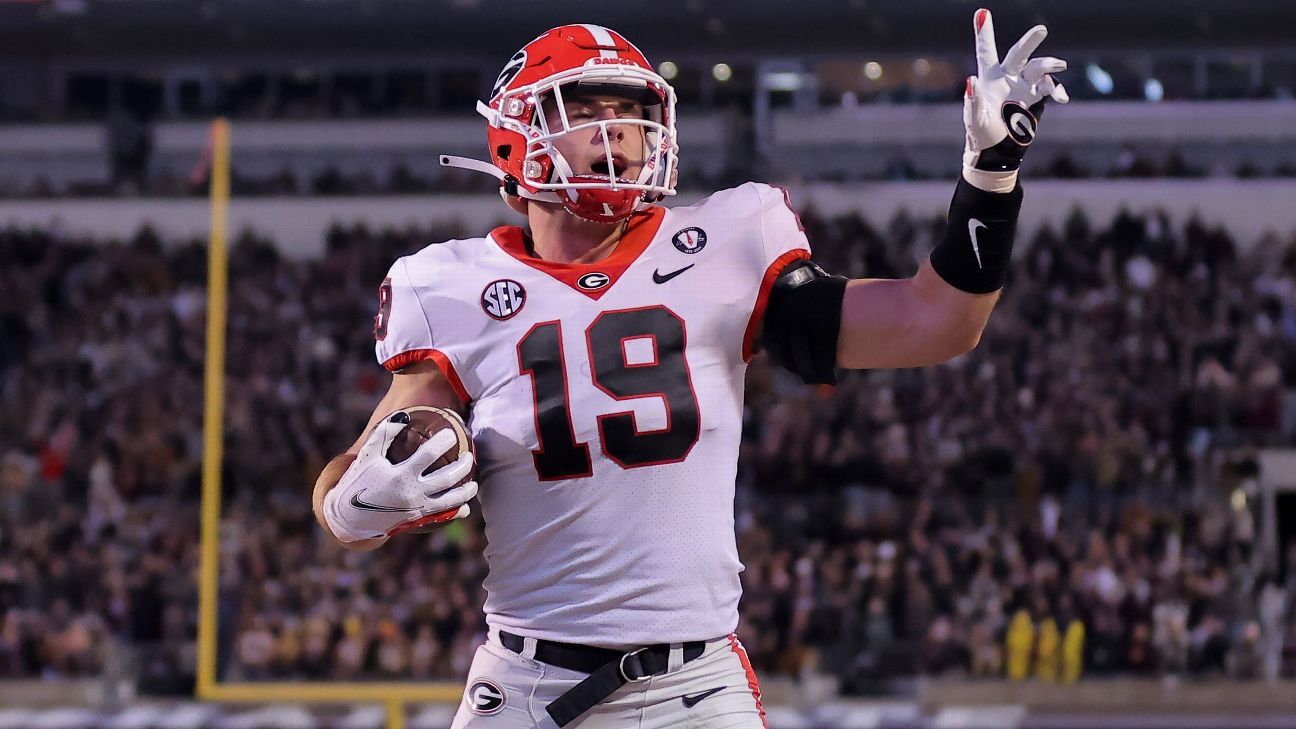 No. 1 Georgia led an unchanged top five in The Associated Press college football poll Sunday, while the rest of the Top 25 was shuffled after eight ranked teams lost — including two big upsets in the Pac-12.

No. 3 Michigan, No. 4 TCU and No. 5 Tennessee held their spots after victories Saturday, with only the Horned Frogs facing a real challenge.

Georgia, Ohio State, Michigan and Tennessee won by a combined 203-60 against conference opponents.

Home losses by Oregon (to Washington) and UCLA (to Arizona) shook up the rest of the top 10. No. 6 LSU and No. 7 USC each moved up a spot.

Alabama climbed two spots to No. 8 this week after it fell to a season-low No. 10 last week. Clemson moved up three spots to reenter the top 10 at No. 9, and Utah rose to No. 10.

Georgia is closing in on a school record.

The Bulldogs are No. 1 for the ninth time this season, matching their total from last season, when they won the national title for the first time in 41 years.

Georgia has been at No. 1 a total of 33 times in school history, one behind Michigan for 12th most in the history of the AP poll.

The Bulldogs are at Kentucky next week and close the regular season against Georgia Tech. Barring a major upset, they will go into the SEC championship game against LSU with 11 weeks as the country’s top-ranked team.

Of the four teams that moved into the rankings this week, Coastal Carolina is the only one making its season debut. The 23rd-ranked Chanticleers have now reached the Top 25 in each of the past three seasons.

• No. 22 Cincinnati is back in. The Bearcats give the American Athletic Conference a season-high three ranked teams along with No. 17 Central Florida and No. 21 Tulane.

• No. 25 Oregon State is also back. The Beavers broke a nine-year poll drought two weeks ago, immediately lost a close game at Washington and dropped out, then moved back in Sunday after beating California.

• Illinois tumbled out after a second straight home loss.

• NC State is unranked for the first time this season after the Wolfpack were upset at home by Boston College.

• Liberty‘s time in the Top 25 lasted two weeks. The Flames followed up a victory at Arkansas by losing at UConn to fall out.

The Ducks and Bruins getting toppled crushed the Pac-12’s hopes of putting a team in the College Football Playoff. One consolation prize: The conference now has more ranked teams than it has since Sept. 15, 2019.

The Pac-12’s big games lost some luster, but they are still at the top of the marquee.