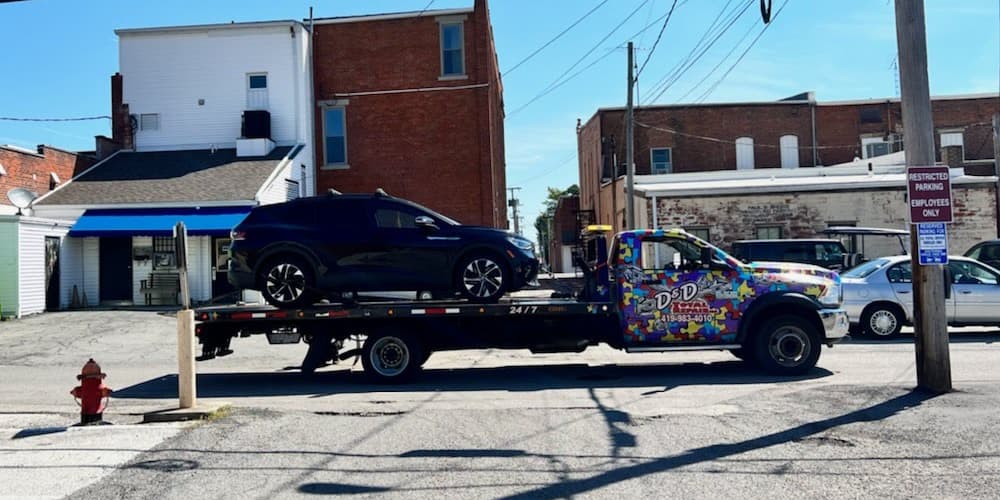 I was excited to read today’s NYTimes piece on mainstreaming of electric vehicles. The story with two separate author bylines could theoretically convince middle America that it was OK to consider buying an EV, even if there were places like “North Dakota, for example, [where] there are just 19 fast chargers.” But I found myself cringing because of incomplete reporting and a strong desire to set the record straight.

The first wave of people who bought electric cars tended to be affluent, environmentally aware technology enthusiasts who lived in California. The second wave may be people like Russell Grooms, a librarian in Virginia. Mr. Grooms last year bought a battery-powered Nissan Leaf, spending about $20,000 after government incentives, as a way to save money on gasoline.

But you always need a counterpoint. And they found it with a woman from Columbus, Ohio, who had a bad experience driving her daughter to school in Michigan.

Ruth Milligan, a resident of Columbus, Ohio, tried taking her daughter, Maggie Daiber, to Michigan State University in August. Ms. Milligan calculated where she would need to charge her ID.4 during the four-hour trip.

“I did my homework on the charging network,” said Ms. Milligan, an executive speech coach, “or so I thought.”

But she hadn’t considered that the battery would drain faster when the car was weighed down with her daughter’s possessions and her husband, Dave Daiber, who is 6 feet 4 inches tall.

Less than two hours into the trip, Ms. Milligan realized that the car was not going to make it to Toledo, Ohio, where she had planned to charge. Instead, they got off the highway in Findlay. Of the four chargers in town, one was behind a locked gate; another was at a Toyota dealership that would not let a Volkswagen use its charger; a third would charge only Teslas; and the fourth had been installed recently and was not yet working.

The family wound up spending the night at a hotel and making the rest of the trip in a rented van.

Still, Ms. Milligan says she likes the ID.4, which she bought after waiting 10 months for delivery. “In general I’m happy with the car but I’m going to be cautious as I push its bounds,” she said.

That sounds like a horrible experience and one without a solution. And, with the 250 mile range in a Volkswagen ID.4, you’d think it would be pretty easy to make the trip. This situation will scare a lot of potential EV buyers who are being told they can make road trips.

I’m from Ohio, not too far from where she stopped in Findlay, Ohio, so I know those roads are mostly over flat farmland – no big hills to climb. So, even with bad weather, it isn’t that far for a modern 250-mile EV like the VW ID.4. Doing a little Google Maps research, it is 96 miles between Columbus and Findlay, Ohio, where she stopped and, at most, 150 miles between Columbus and Toledo where she planned to fast charge, according to the story.

That said, northwestern Ohio is a bit of a car-charging desert, so ending up with a tow truck situation isn’t uncommon.

Also, the story mentioned that she had a lot of cargo and people in the car and said that was a major factor in the range problem.

It turns out that weight isn’t a huge factor in EV range calculations for highway driving. I learned a lot about this on my Ford trip in the F-150 last month. It comes down to Newton’s first law of inertia: An object in motion stays in motion. A car on cruise control at 60mph on flat land is going to take the same energy to propel it forward as the same car with 500 more pounds inside it. None of the forces on the car (drag, rolling resistance, etc) are directly related to the weight. City driving with stops and starts will see a moderate range decrease with added weight. Aerodynamics is the biggest force by far. So it turns out there was a lot more to this story.

So I decided to reach out to Ms. Milligan on LinkedIn to get some clarification on the journey. She noted that the Times put out a call for stories from EV drivers on their experiences and picked hers.

The discussion was illuminating. Here’s an incredibly intelligent woman who clearly has done her homework and also really loves her VW ID.4.

From what she says, the NYTimes authors neglected to mention some important information and, for whatever reason, included the information about the weight of the people and cargo in the car as the reason for uncertain mileage.

She told me (and the NYT, though they didn’t report it) the following:

So now the range problem makes a lot more sense. In my experience, adding a bike rack will reduce range by 15-20%. A roof rack will do the same. So starting with her 80% of 250 miles = 200 miles, she really left the house with about 150 miles of range at best. We also know that slowing down will really help when there is a higher coefficient of drag, and she was going close to 70mph.

Why am I calling this out?

I’m not here to shame the NYTimes or its writers on the omissions in their article. I do think the story needs a correction to note that aerodynamics – not weight – is the major factor in highway driving range because I think EV and potential EV drivers need to know this information. I think they chose this story because of the harrowing outcome, but that’s speculation.

I’m also not here to fault Ms. Milligan, who obviously is an EV advocate who wasn’t told about the significance of potential range hits when adding bikes and roof rack. A bigger issue, however, is that she trusted the VW ID.4’s internal EV charger finding map, which told her about potential charging backups but not the reliability of each of these stations. There are still a lot of calculations to make when driving EVs on trips that typical drivers just don’t have to consider. I think her tale can and should be a cautionary one.

However, instead of the POV of the story where there is uncertainty on why the EV didn’t get the expected range, we can have some faith in the numbers that are shown. “Range anxiety” is about uncertainty. Now we know why she couldn’t make the trip.

And heavy passengers and cargo.

In this case, I would have made sure the car was close to the full 250 mile range before embarking on the trip. Driving at normal highway speeds is going to cut off about a third of the range with the bike and roof rack. So at best, you are starting off with about 175 miles of range with a fully charged vehicle. You can get to Toledo from Columbus fairly easily that way with about 25 miles of extra range. If I was running close, I would have slowed down considerably to 55mph.

But I don’t love the idea of stopping at the Chevrolet dealer that shows up as the only fast charger in Toledo on her route. Instead, I would have mapped to the Electrify America station on the I-80 turnpike just outside of Toledo as a first stop. Being in a VW, that’s going to be the fastest and most reliable charging station and, if updated recently, should also do Plug and Charge instant charging. It requires traveling on some smaller roads before entering the turnpike and adds about 15 driving minutes to the trip.

That’s 120 miles from Columbus and takes 2 hours and 20 minutes. She could have charged there to 80% in a matter of minutes, eaten some food and been on her way again. She’s now 138 miles from her destination in Lansing, Michigan (where there is another EA charger), which she might have been able to make on one charge. There’s also an EA station in Ann Arbor where she could have topped off to make that trip.

It turns out Ms. Milligan has already figured all of this out (also missing from the NYTimes piece). Since she took her daughter to school in August, she’s been back to Michigan State with her ID.4. She’s tried my method above with success, though it adds driving time. On the way back, she made it from Ann Arbor to Columbus in one leg (about 190 miles) without bikes or roof racks but with her 6’4″ husband. That’s the route they will go in the future, and they don’t expect to add any extra driving time. Just one stop and no diversion off the Interstates.

More importantly, Ms. Milligan has learned not to trust every EV charger out there. She says she’ll first look for Electrify America stations to make a trip, then look at the less reliable options if she needs to. If she does have to find other charging stations, she’ll look at recent check-ins and won’t trust anything that hasn’t been visited successfully by an EV driver within the most recent 24 hours. Finally, she says that the VW ID.4 EV charging station finder “is dead to her,” and they really need to work on this if they want her to trust this functionality again.

My point here is to help people who might feel some anxiety from the NYTimes piece or EVs in general. So, some final road trip tips: