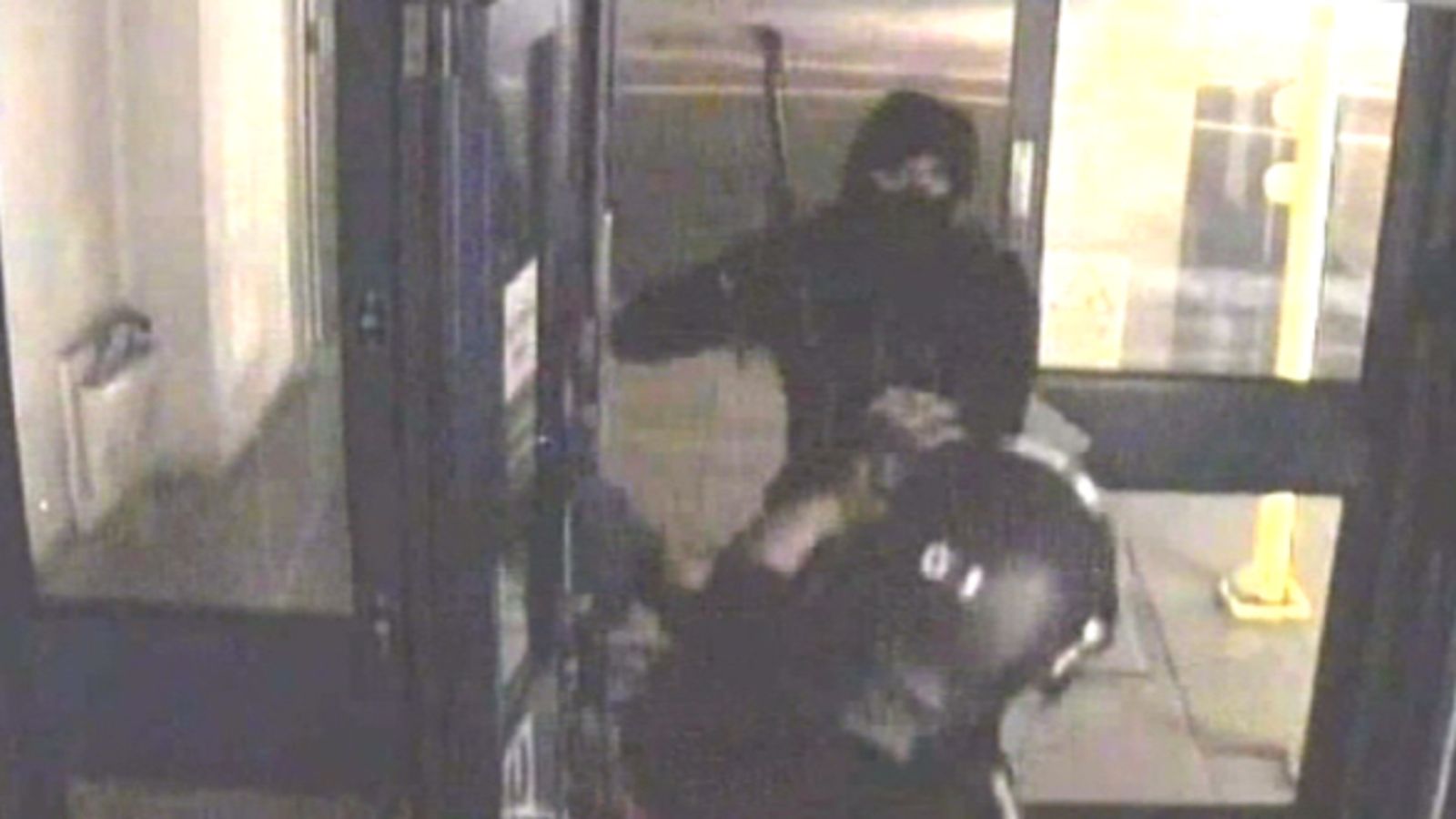 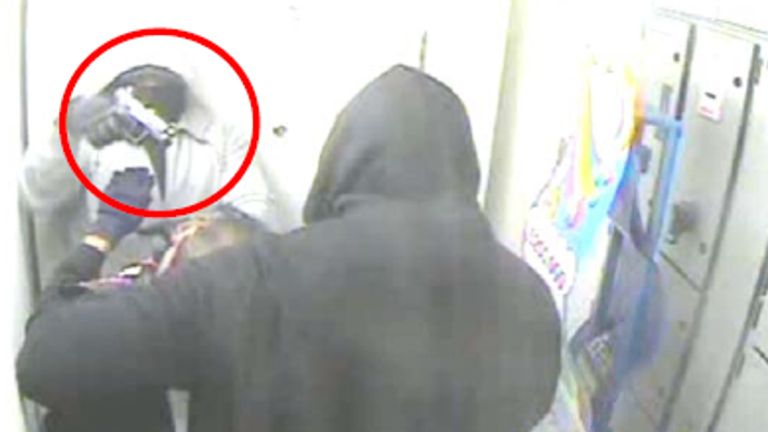 The identification of a violent gang of armed robbers began with a remarkable bit of detective work by Scotland Yard’s elite Flying Squad.

It led to the capture of 10 members of a highly organised gang who used guns, knives, hammers and crowbars to attack security guards refilling cash machines in London and elsewhere.

Six of the robbers were jailed for more than 100 years.

The investigation began as detectives picked over the few clues left by two robbers who pounced at midnight on guards entering a Nationwide bank in Tooting, south London, in June 2018.

The guards were carrying £120,000 to put into a cashpoint, the bank’s automated teller machine (ATM).

Internal CCTV cameras revealed no distinguishing features. CCTV outside the High Street bank showed nothing of the robbers at all, or any getaway vehicle.

The front of the bank was hidden from cameras by the parked cash van. Also obscured was a door right beside the bank’s entrance. Puzzled detectives concluded the robbers must have arrived and departed on foot through that other door.

The door led to a block of flats and, via a fire escape, to a supermarket car park and a network of side streets. CCTV cameras there picked up the two suspects walking at around the time of the robbery.

Another camera further away showed them arriving in a dark sport utility vehicle (SUV), but the picture quality was poor, the number plate was unreadable and the car’s make and model uncertain.

Detective Constable Stephen O’Connell said: “It looked like an Audi Q7 or similar type vehicle, but you can see it’s not an Audi from close inspection of the wing mirrors, the types of alloy wheels on it and the shape of the bonnet, badge and the grille.”

In a bid to identify the car, he asked for footage from all traffic cameras with automatic number plate recognition (ANPR) within a four-kilometre range of the bank.

DC O’Connell explains how the investigation progressed: “We’re confident that it’s a Skoda Kodiaq SUV, but we can’t read the number plate.

“The ANPR camera search reveals that there is a Skoda Kodiaq travelling in one of the side streets close to the bank minutes after the robbery.”

The traffic camera showed a clear number plate which belonged to a Skoda Kodiaq advertised on the car sales website AutoTrader from a showroom in Birmingham.

DC O’Connell said: “I speak to the manager there, and he’s certain that his vehicle hasn’t been in London, it’s sitting in his dealership and is locked in. He’s got the keys at home.

“So the gang have obviously seen his advert in AutoTrader and they’ve copied the index plate and put it onto another Skoda Kodiaq.”

The reason the gang copied a genuine number plate from a registered blue Skoda Kodiaq, instead of say a white Ford Focus, was in case the car was stopped by police for any reason.

A check on the number plate would show police it belonged to a blue Skoda Kodiaq and that should be enough to allay any suspicion.

Of course, a more detailed check on the gang’s Skoda would reveal it had the wrong number plate, but that was a calculated risk.

The next thing the Flying Squad did was to trawl through local crime logs to find a Skoda Kodiaq that had been stolen. They planned to search back two months, but they quickly found one stolen in Wimbledon a fortnight before the robbery.

ANPR cameras showed the car being driven around for an hour after it was stolen, but then it disappeared.

Police contacted Skoda headquarters, in the Czech capital Prague, where the company keeps a record of every car it manufactures.

Skoda gave detectives the unique code for the stolen car’s satellite navigation system. The code allows the satnav to work by connecting to telecommunications masts, rather like a mobile phone.

The data wasn’t as precise as they hoped, but it showed the satnav was turned off somewhere in Wimbledon, not far from where the Skoda was stolen.

The squad flooded the area with undercover officers, but they couldn’t find the car parked on the street. Then they knocked on the door of the concierge at a new block of flats with a secure, shuttered underground car park.

In the car park was a blue Skoda Kodiaq, but it had a different number plate from the one on the Skoda used in the robbery. A check on the Vehicle Identity Number (VIN), or chassis number, inside the car showed it was the stolen Skoda they were looking for.

“So, we’re thinking, why have they changed the number plates on it again? They haven’t just abandoned this car. They’ve parked it up, they’ve re-plated it, they must be going to use it again.

“So rather than just seize it and take the opportunity to get DNA and fingerprints from it, we’ll leave it there and keep observations on it, and we’ll see who comes to it.” But they didn’t have to wait for that.

Not quite clever enough

When they checked the recent car park CCTV it showed a man drive in, park in resident’s bay 248, appear to change the Skoda’s number plates and then climb the stairs to the flats above.

A check with the block’s manager showed the resident with parking bay 148 was a man called David Tesfaalem in flat 30.

“We look at the name David Tesfaalem and, lo and behold, he has previous convictions for armed robbery,” said DC O’Connell.

The gang had been clever, but not quite clever enough.

A big surveillance operation on Tesfaalem eventually led the detectives to the other gang members and their wave of violent robberies was stopped.