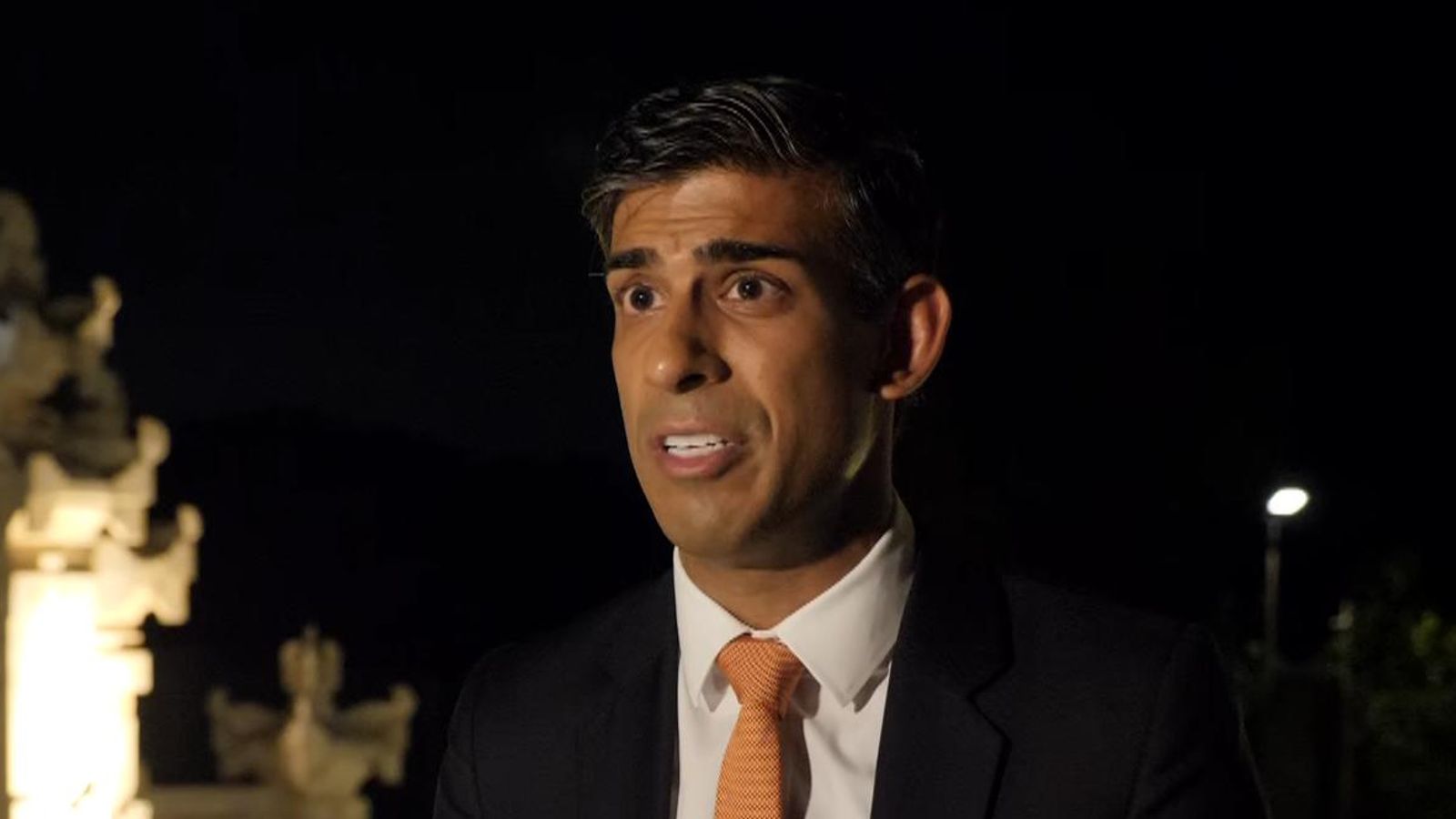 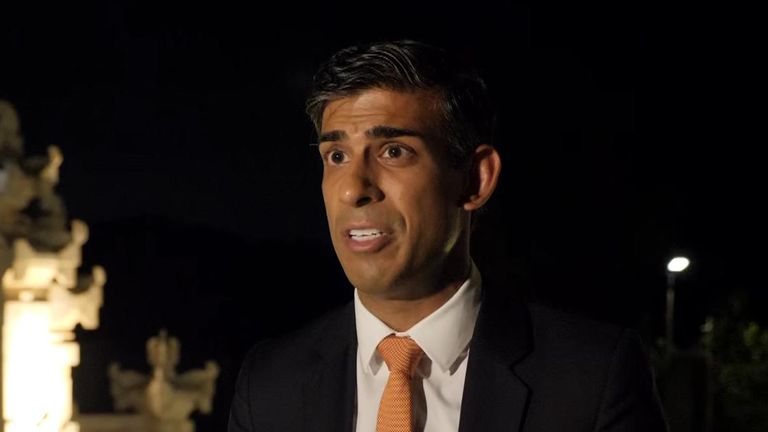 Rishi Sunak landed in Bali on Monday evening with a clear message to viewers back home: the problems besetting the UK economy are shared with other industrialised nations around the world.

And there are two very good reasons why he has chosen to frame the G20 summit in Indonesia in this way.

Firstly, it’s an attempt by the new prime minister to present domestic economic problems as a consequence of bigger forces than just Conservative party own-goals – although he too admits mistakes were made (to say the least) – as he eyes Thursday’s autumn statement and the reaction to it from voters and MPs with inevitable dread.

Announcing new tax rises and spending cuts when you’re already 20-plus points behind in the polls is hardly something a new prime minister wants to do and how this economic statement will be received is undoubtedly playing on Mr Sunak’s mind.

Secondly, this is a prime minister far more comfortable in economic than foreign policy and in calling on this summit as a moment to discuss with world leaders how to “fix the global economy” (what that means in reality, I’m waiting to see) is a way that Mr Sunk can play to his strengths and show leadership.

And he has had a minor diplomatic win on Monday, as the UK and French governments announced a new deal to try to clamp down on small boat crossings – which has now become, alongside the economic strife, the government’s main policy focus amid alarm of record crossings this year, with more than 40,000 people risking the journey.

The quick deal between London and Paris, scoped out when Mr Sunak met President Macron on the edges of the COP27 summit in Egypt, point to a different approach from a prime minister who is seeking to convey a sense of stability and co-operation of the world stage after the more unpredictable behaviour of both Boris Johnson and Liz Truss.

But how Mr Sunak actually wants to define his foreign policy strategy, beyond co-operation on Ukraine and economic policy with allies, is woolly.

On Ukraine, Mr Sunak told broadcasters on Monday night that he wanted to use the G20 to “condemn” Russia’s war.

He acknowledged too that this group of industrialised nations were divided on the issue of explicitly criticising the invasion, with the Western allies splitting with China and India over their refusal to condemn President Putin’s war, as well as Saudi Arabia, Turkey and South Africa which have rebuffed Western demands to punish Russia for the invasion.

Clearly aligned with the US when it comes to Ukraine, where we might get more clarity from Mr Sunak is around his approach to China at this summit.

Mr Sunak said he hoped to have a meeting with China’s president at this summit after President Biden’s three-and-a-half hour bilateral on Monday afternoon in which the US leader criticised China’s “increasingly aggressive” actions towards Taiwan, amid growing tension between Washington and Beijing.

For his part, Mr Sunak appears more hawkish on China, seeing the country as presenting a challenge to UK values and interests.

Watch at this summit to see how closely the new PM aligns with the US on China (I suspect it will be very closely) and talk about the UK’s approach to the Indo-Pacific region in the face of growing Chinese aggression.

Concerns about how to contain China’s military ambitions have prompted new arrangements, such as the new ‘Quad’, which includes the US, Japan, Australia and India, and the Aukus pact, a deal that will see the UK and the US help Australia acquire nuclear-powered submarines.

Read More:
After Kwasi Kwarteng’s disastrous mini-budget, there is no magic cure

Beyond a dash to COP27, this is the new prime minister’s first big moment on the world stage and he’ll want it to cement new relationships with leaders and flesh out his approach to foreign policy. But what really matters for this PM in the coming weeks is economic policy.

This summit isn’t his real test, that will come on Thursday when his chancellor reveals the autumn statement that these two men have been working on for the past three weeks.

On Monday night, fresh off the heels of his chancellor warning that taxes were going up for everyone, Mr Sunak said he’d have to make “difficult but necessary decisions” this week to ensure stability remains in the markets.

Here he’s dealing with a very unstable global order as the G20 convenes for the first time in its 15-year history with war on the continent of Europe.

But this is a prime minister who also faces a destabilised party and disillusioned public back home. New into No 10 and now tasked with making a string of unpopular announcements, as his premiership gets going in earnest so too do the challenges.