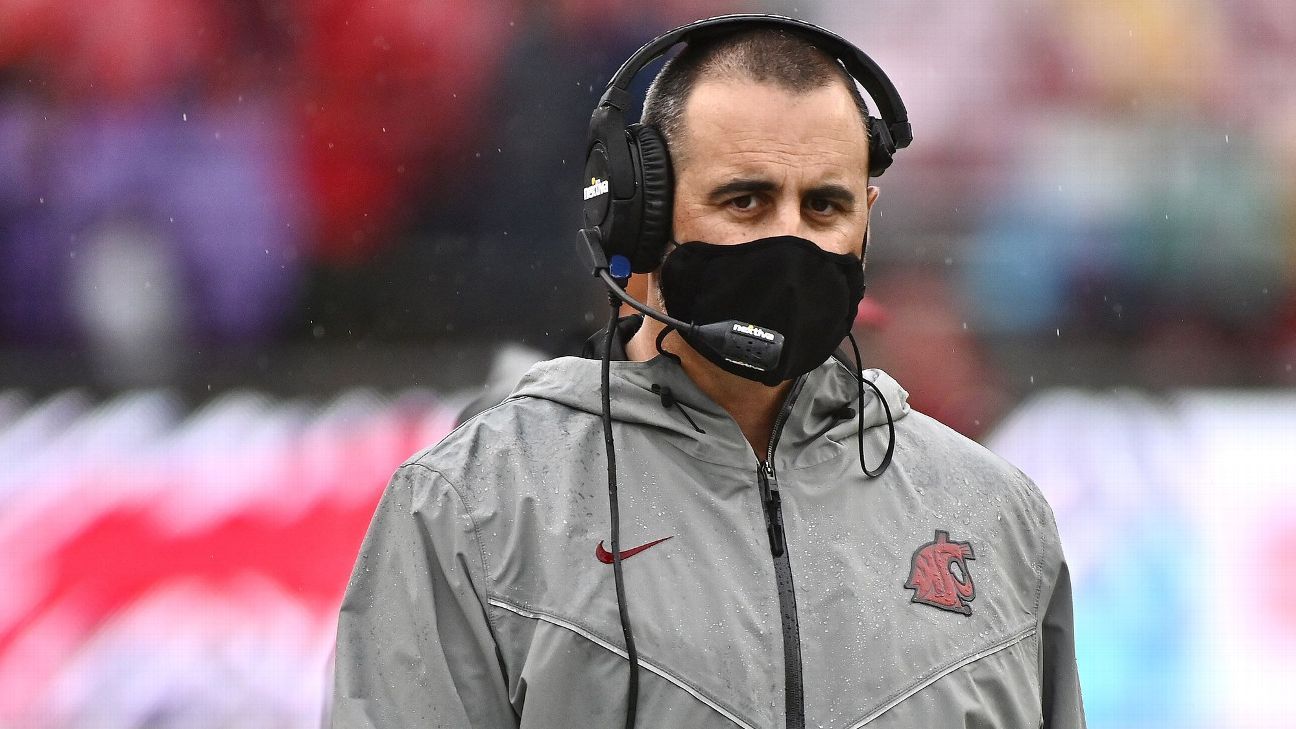 Rolovich had previously filed a claim against the university, which was a prerequisite for suing a state agency. The 32-page complaint — which was filed Friday, according to Rolovich’s lawyer, Brian Fahling — contains eight counts, including breach of contract, discrimination against religion, wrongful withholding of wages and violation of Title VII of the Civil Rights Act as well as the First and 14th Amendments.

Unlike the claim, which indicated Rolovich would seek $25 million, the complaint did not specify how much money he is seeking. However, it does request damages to include the loss of past and future income, liquidated damages from his employment, punitive damages and other costs related to bringing the lawsuit.

A WSU spokesperson said the university “will provide further comment once our attorneys have had an opportunity to assess the claims made in the suit.”

Requests for comment sent to Inslee’s office and the WSU athletic department were not immediately returned Sunday night.

WSU fired Rolovich and four assistant coaches for cause last October for failing to comply with the state’s vaccine mandate. It is unclear whether the other coaches — Ricky Logo, John Richardson, Craig Stutzmann and Mark Weber — also plan to sue.

Rolovich is currently working in a volunteer capacity with the San Marin High football team in Northern California, near where he grew up.