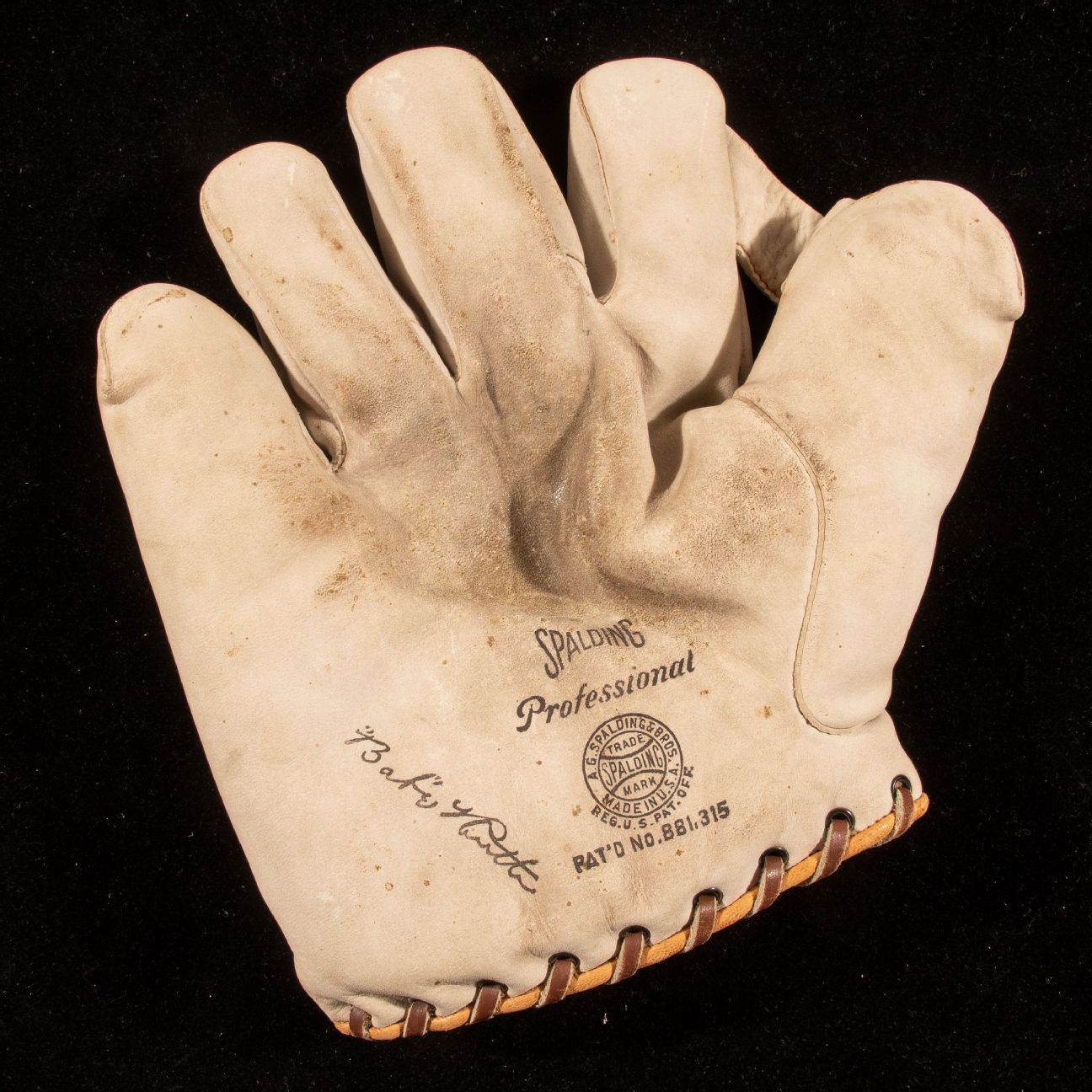 The Ruth glove was manufactured by Spalding for Ruth’s use circa 1927-1933. An audio recording from 1964, used in “The Glory of Their Times,” captures Austin discussing the glove and pounding its leather with his hand.

“My childhood memories with my ‘Uncle Jim’ are extremely dear to me,” Susan Kolokoff, niece of Jimmy Austin, said in a statement from Hunt Auctions. “The glove had rested in a box for the last 30 years until we learned of its history and heard the amazing audio recording.”

According to Hunt Auctions, which handled Saturday’s sale, the glove was originally believed to be a vintage Babe Ruth store model when submitted for consignment. But the provenance and authentication process — including a possible photo match to a Ruth image bearing the same model glove with identical tobacco staining — yielded something much more.

“This monumental glove is truly [one] of the most historic pieces of its medium to have ever been offered at public auction,” David Hunt, president of Hunt Auctions, said.