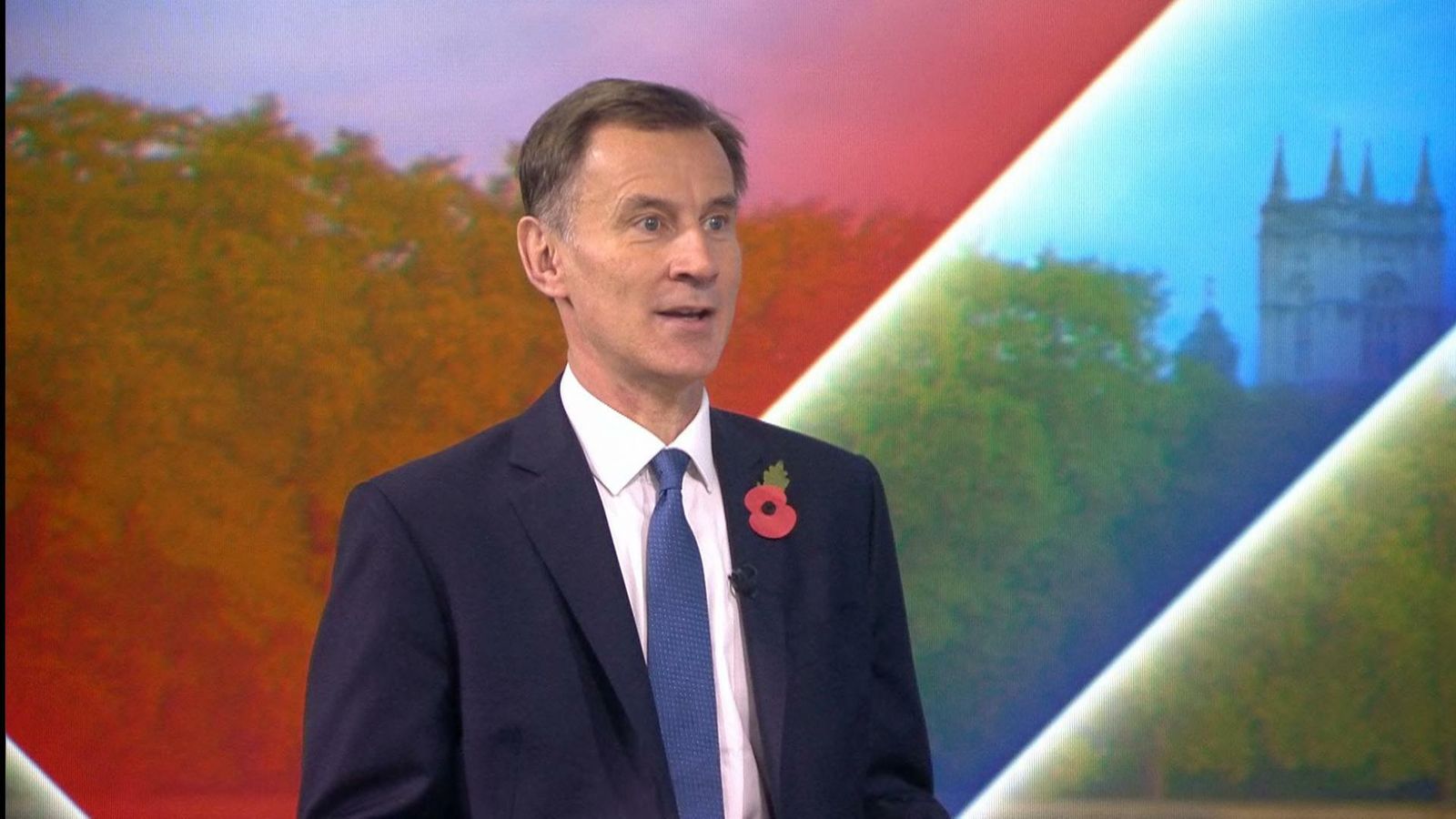 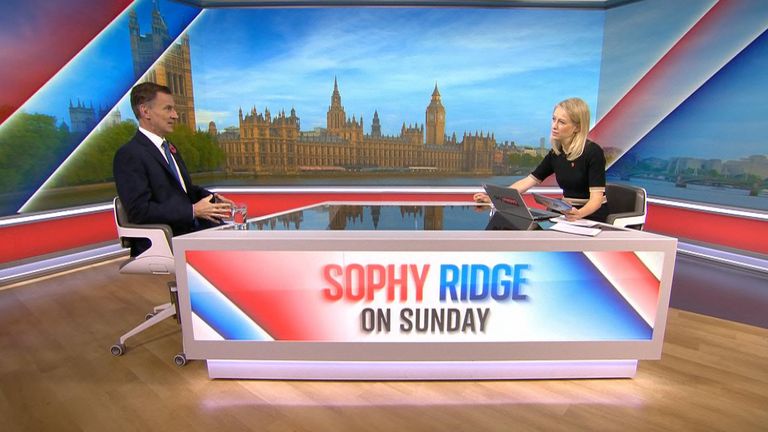 Jeremy Hunt has said everyone is going to be paying higher taxes but those who earn the most will have to make larger sacrifices.

The chancellor told the Sophy Ridge on Sunday programme during Thursday’s autumn statement he “will be asking everyone for sacrifices” but recognises there is “only so much we can ask” from people on the lowest incomes.

“That will be reflected in the decisions that I take, that’s important because Britain is a decent country, a fair country, a compassionate country,” Mr Hunt said.

“We’re all going to be paying a bit more tax, I’m afraid.”

Ministers are understood to be considering lowering the threshold at which employees pay the highest 45p rate of income tax from £150,000 to £125,000, the Sunday Telegraph reports.

Nurses across the UK this week voted to go on strike for the first time, likely next month, as they demand a 17% pay rise.

Mr Hunt, who was health secretary when junior doctors went on strike for the first time in 2015, said he was “very conscious” of nurses’ concerns and understands they are asking for that above-inflation increase because of the impact of inflation on their pay packet.

But he said: “I think we have to recognise a difficult truth that if we gave everyone inflation-proof pay rises, inflation would stay. We wouldn’t bring down inflation.

“And that’s why, you know, I’m not pretending there aren’t some difficult decisions.

“The way through this is to bring down inflation as quickly as possible, because that is the root cause of your concern, your anger, your frustration, that your pay isn’t going as far as it might.”

Mr Hunt promised the autumn statement will “not just be bad news” but said he believes the public recognises “if you want to give people confidence about the future you have to be honest about the present”.

He said his plan will be both short and long-term and will bring down inflation, control high energy prices and “get our way back to growing, healthily”.

The chancellor said his plan will help get the UK out of a recession as quickly and with as little pain as possible as he also promised help for energy bills not just this winter, but next.

But he also said spending cuts from government departments will be needed and hinted no more funding will be given to the NHS.

He said the health service’s funding is already going up but the government needs to do “everything we can to find efficiencies” within the NHS.

Mr Hunt admitted doctors and nurses “on the frontline are frankly under unbearable pressure so I do recognise the picture”.

Read more: Analysis: Rishi Sunak’s premiership is about to start for real as he faces a huge week at home and abroad

He added that public services need a strong economy but that applies the other way around as well.

And he said the NHS can help get the UK out of the current economic difficulties, such as helping the growing number of people out of work due to long-term sickness. 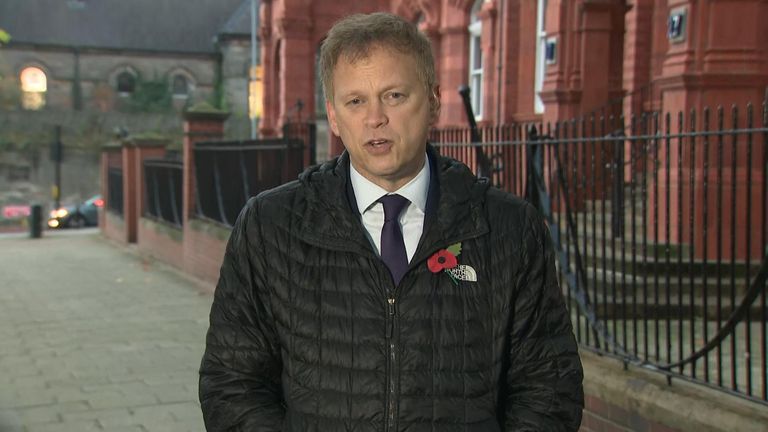 
Labour’s shadow chancellor Rachel Reeves said the chancellor could still make “fair choices” in the autumn statement that do not place the burden on the public by closing tax loopholes and backdating the windfall tax on energy companies’ profits to January and extending it by two years.

She said the windfall tax extension could raise an additional £50 billion.

Ms Reeves also called for a general election as she said Prime Minister Rishi Sunak has “no mandate for the cuts and tax increases” because he was not voted in by the country, but by Conservative MPs.