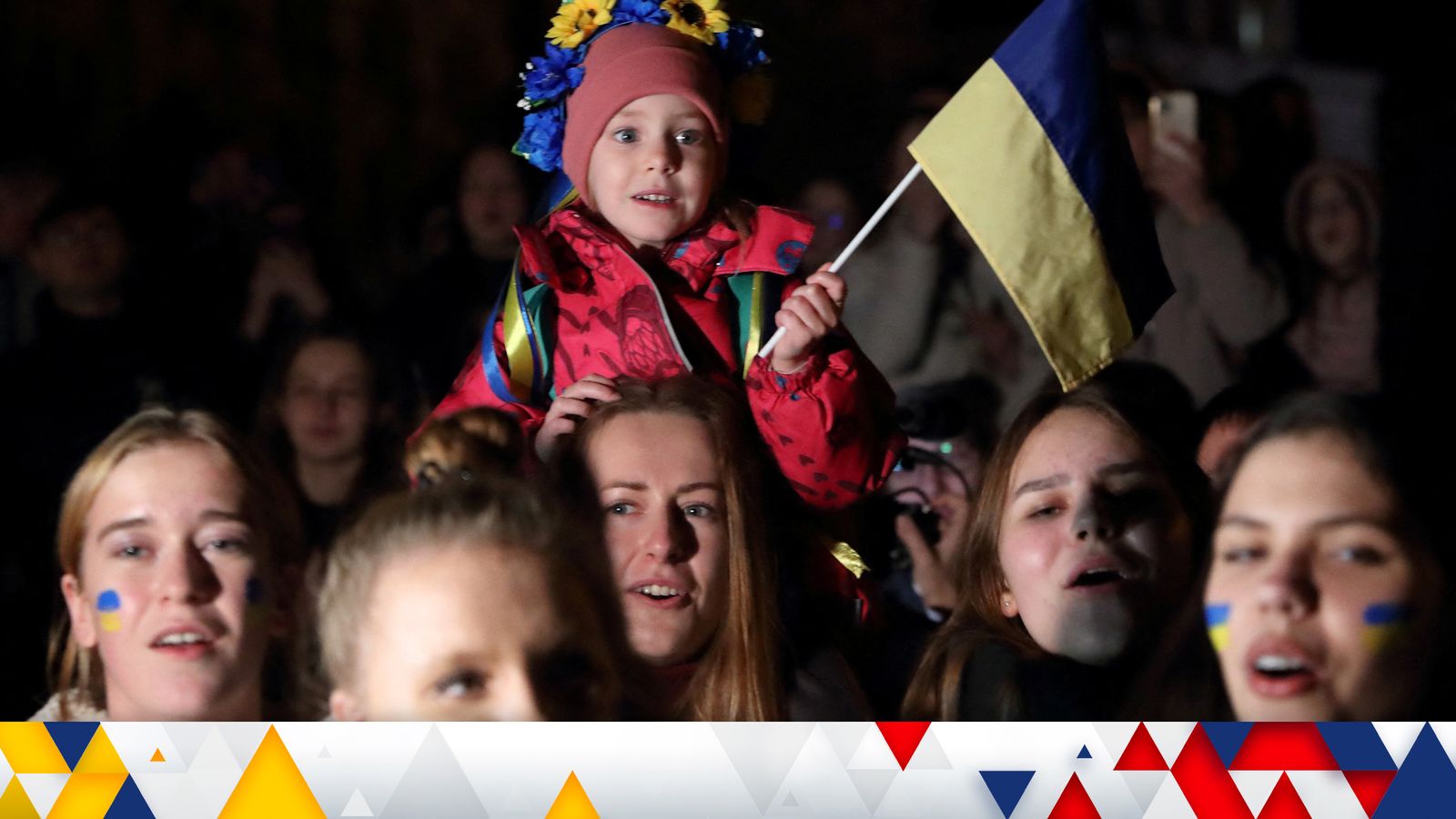 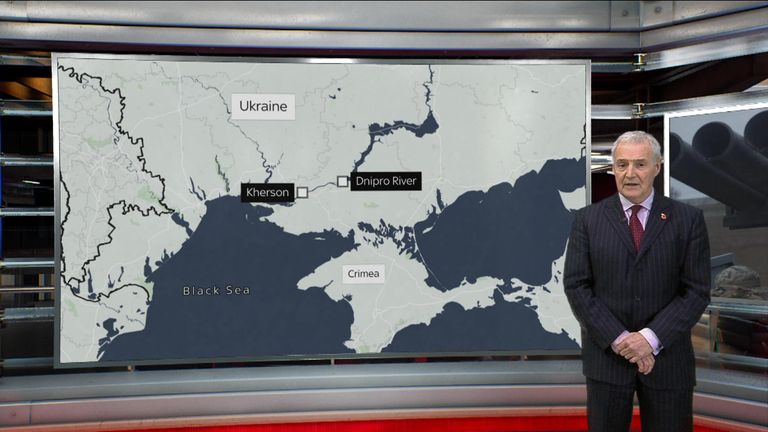 Ukraine’s president has praised his people’s resilience as parts of the Kherson region were liberated from Russian occupation – and he delivered a warning to Russian soldiers left behind.

Special military units were in the region’s capital – also called Kherson – late on Friday night, Volodymyr Zelenskyy said in his nightly address, adding: “The people of Kherson were waiting.

“They never gave up on Ukraine.

“Hope for Ukraine is always justified – and Ukraine always regains its own.

“I am happy to see how people, despite all the threats, despite the repression and abuse of the occupiers, cherished the Ukrainian flags, believed in Ukraine…

“And even when the city is not yet completely cleansed of the enemy’s presence, the people of Kherson themselves are already removing Russian symbols and any traces of the occupiers’ stay in Kherson from the streets and buildings.”

His warning for Russian “soldiers, mercenaries and collaborators” who were left behind in Kherson and other liberated southern cities was: “The only chance for salvation is for you to surrender to Ukrainian captivity.

“We guarantee that you will be treated in accordance with the law and international standards.

“And to those Russian soldiers who have put on civilian clothes and are hiding somewhere, I want to say that there is no point in hiding.

“Voluntary captivity is the only option for all occupiers.”

Kherson city was the only provincial capital to be captured by the Russians since they invaded late in February, and the region was annexed along with three others in September.

But earlier this week, Russia’s military commanders said they could no longer supply troops in the city and the west bank of the Dnipro River that it sits on. 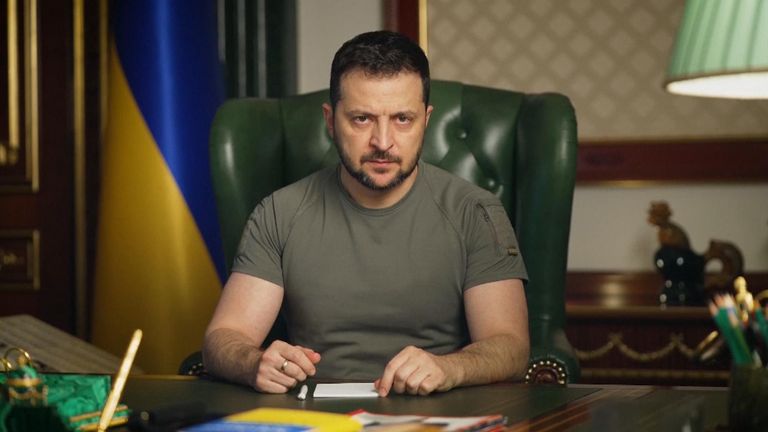 Zelenskyy: ‘Today is a historic day’

Moscow’s forces still control about 70% of the Kherson region and the Kremlin insisted the withdrawal from Kherson city was not an embarrassment for President Vladimir Putin.

Spokesman Dmitry Peskov said that Moscow continues to view the region as part of Russia.

There are fears that the departing Russians will now seek to turn Kherson into a “city of death”, continuing to shell it from their new base across the river – or that they could regroup before launching an attempt to re-take the city.

Meanwhile, Mr Zelenskyy said that “stabilisation measures” will soon begin in Kherson, with de-mining a priority.

He said: “The occupiers left a lot of mines and explosive, in particular on vital objects.

“It is very important: now, when de-mining has not even begun, we cannot ensure access of media representatives to Kherson.

“It is necessary to demine at least basic communications, check the main objects.”

He added: “We will restore all conditions of normal life, as much as possible. 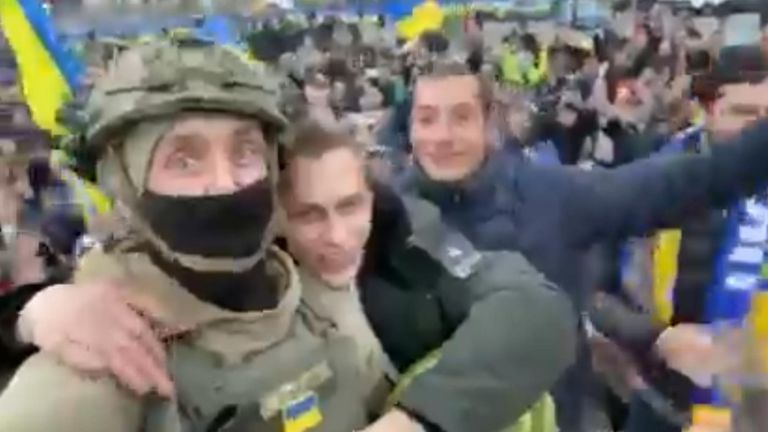 Mr Zelenskyy also said that another 45 Ukrainian military personnel were released from Russian captivity on Friday, although he gave no other details.