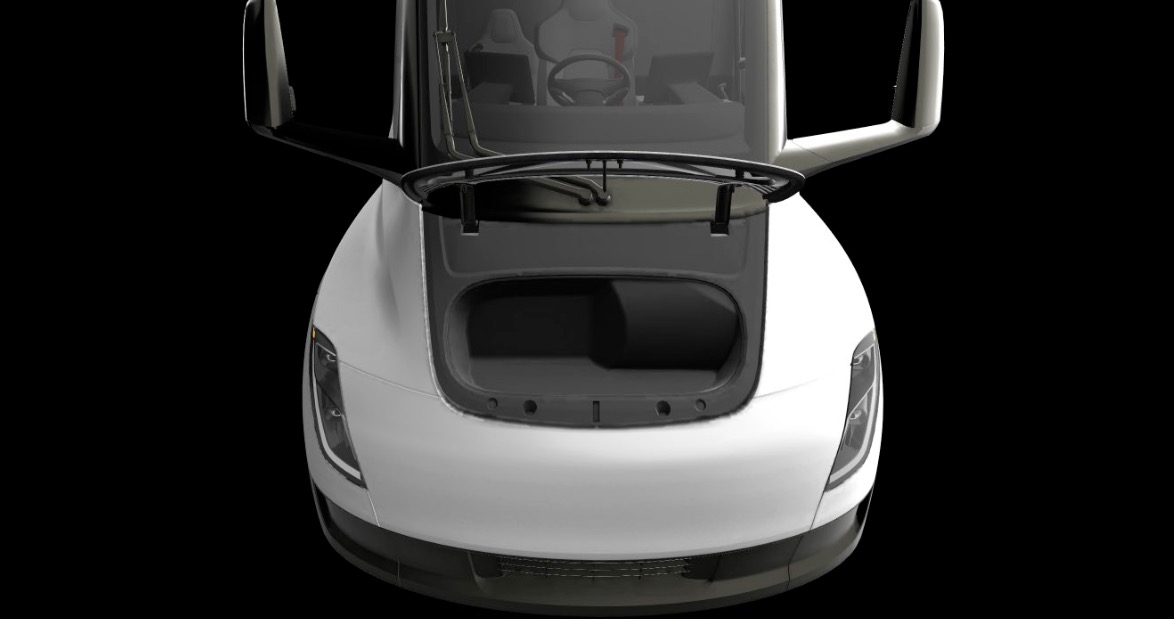 Tesla is starting to integrate Tesla Semi, its electric semi truck, in its mobile app ahead of the start of customer deliveries. It shows the truck’s frunk, Megacharger port, and more.

At the time, the automaker said that customer deliveries would start on December 1.

The date is expected to bring more than just customer deliveries as Tesla is expected to release more details about the production version of the truck – especially the price.

Ahead of the start of deliveries, Tesla is integrating the electric truck in its mobile app, which is one of the main ways that owners interact with their Tesla vehicles.

Now it looks like owners of Tesla commercial vehicles, like Tesla Semi, are going to enjoy a similar experience as Tesla passenger vehicle owners.

The company has now added a 3D model of the Tesla Semi in a new mobile app update:

The images don’t really reveal anything new, but people seem to be particularly impressed by the size of the electric truck’s sunvisor:

That’s a result of Tesla going with a centered driver seat for the electric truck’s cockpit.

Based on this app update, which is still in the backend and not visible to customers, it looks like Tesla is getting ready to onboard Tesla Semi customers to its ecosystem.

Things like “driver profiles,” which enable a Tesla owner to manage who can drive its vehicles is going to be particularly useful.

Tesla could also use its level of connectivity inside its vehicles and through the app to offer new commercial fleet management tools to owners.

The possibilities are virtually limitless. I can’t wait to see what the Tesla Semi team can come up with now that the vehicles are finally getting into the hands of customers.