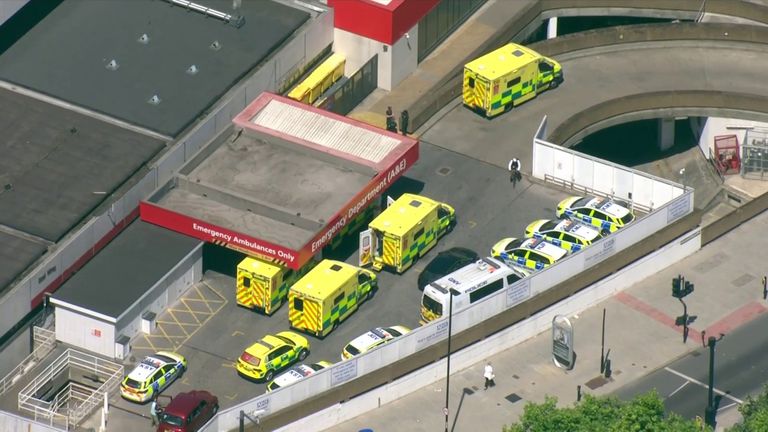 The number of people waiting to start routine hospital treatment in England has reached a record high.

In all, seven million patients were waiting to start treatment at the end of August, NHS England said.

This is up from 6.8 million in July and is the highest number since records began in August 2007.

It was also revealed total of 387,257 people in England had been waiting more than a year to start hospital treatment at the end of August, up from 377,689 at the end of July.

This is means one out of every 18 people on the waiting list is waiting over 12 months to begin treatment.

Figures also showed that 2,646 people had been waiting over two years to begin routine hospital treatment at the end of August, slightly down from 2,885 the previous month and markedly down from a peak of 23,778 in January this year.

NHS England had said it aimed to ensure no patients were waiting longer than two years for treatment, except in instances of complex cases or when the patient themselves chooses to delay.

Ambulance waiting times were also revealed, with the wait for calls from people with life-threatening illnesses or injuries averaging nine minutes 19 seconds. The target for these types of incidents is seven minutes.

The average wait for ambulances to arrive in instances of non-life-threatening injuries was 47 minutes 59 seconds in September, over half an hour longer than the target time of 17 minutes.

The number of people waiting longer than 12 hours in A&E for a bed after being seen by a doctor also reached a new record high of 32,776 in September, up by more than 4,000 on the previous month.

This figure is higher than the total recorded in the 124 months from August 2010 (since records began) to November 2020.

A total of 71% of patients in England were seen within the target four hours at A&E departments across England last month, level with the worst performance ever recorded.

The national target is for 95% of patients to be dealt with in under four hours, a target which has not been met since 2015.

A record number of 255,055 urgent cancer referrals were made by GPs in August however only 75.6% saw a specialist within the two week target time, the second worst performance on record.

Monthly figures also showed there was more NHS activity than before the pandemic with 4% more patients receiving treatment in August compared to the same month in 2019, and more than two million tests and checks carried out.

The number of patients in hospital with Covid has also more than doubled since September to over 10,000.

He said: “Twelve years of Conservative understaffing of the health service is holding our economy back, with patients unable to work while they wait. You can’t have a healthy economy without a healthy society.”

“The next Labour government will oversee the biggest expansion of the NHS workforce in history, paid for by abolishing the non-dom tax status. We will train the doctors and nurses our NHS needs to get patients treated, healthy and back to work.”

NHS national medical director Professor Sir Stephen Powis said: “Despite huge pressures on the NHS this summer, the incredible work of colleagues across the country meant that in August we delivered more potentially life-saving cancer checks than ever before and cut 18-month waits by 60% over the last year.

“This was despite continued pressure from Covid patients in hospital, which has now risen to more than double the numbers seen in August, and more of the most serious ambulance callouts than before the pandemic.”

Sky’s Ashish Joshi speaks to NHS staff to find out if the government’s plans are enough to save a health service on its knees.