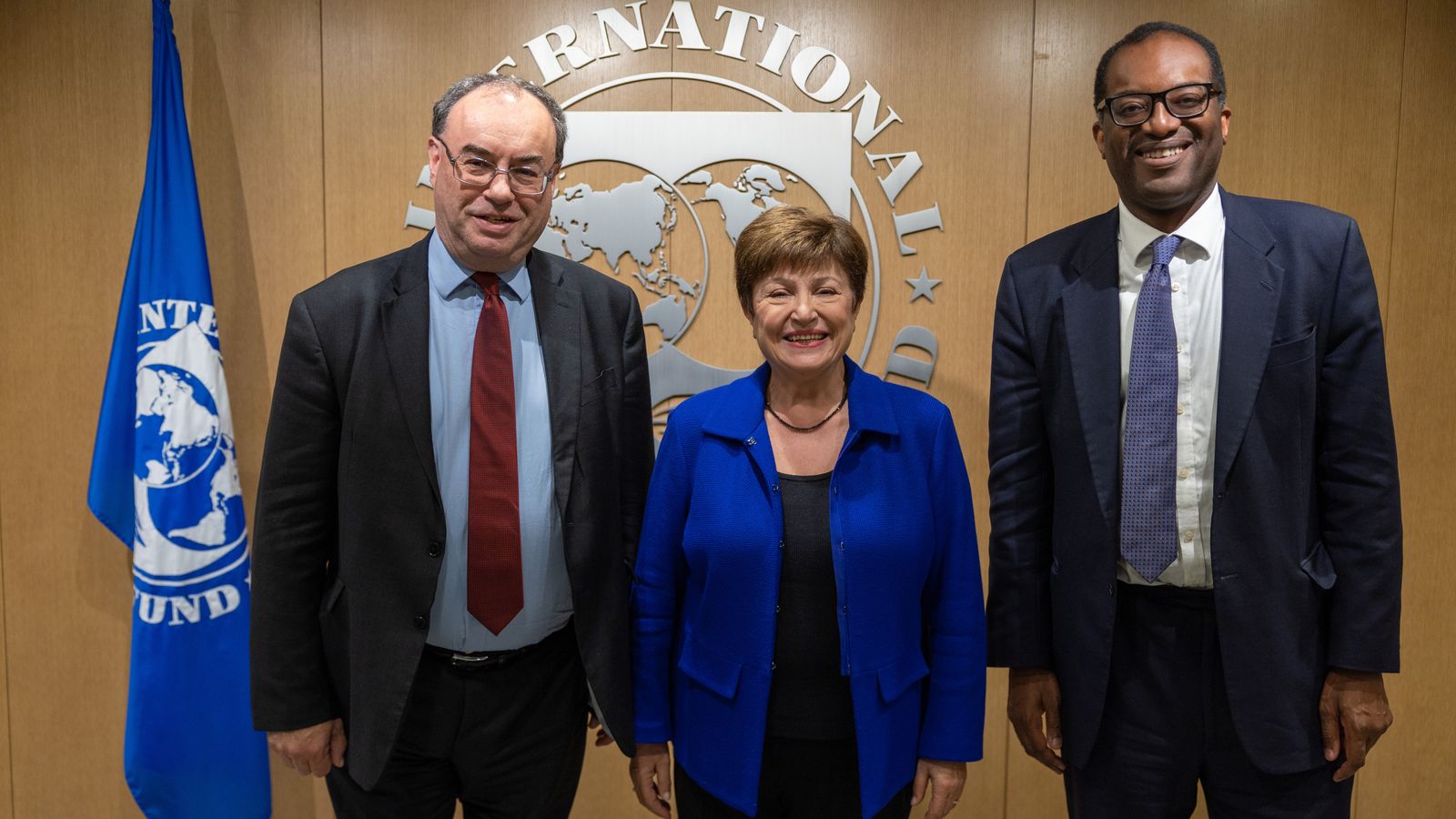 As Liz Truss faces open revolt in her party over her planned tax cuts, her chancellor will today try to reassure the IMF that everything is under control.

Ministers continue to be under pressure for the market chaos that erupted after the government announced its £45bn package of unfunded tax cuts last month.

The prime minister and Kwasi Kwarteng, the chancellor, have said the cuts are needed to get Britain’s economy growing again, as data published on Wednesday suggested the country is heading for recession.

Mr Kwarteng will meet with IMF leaders in Washington DC on Thursday, after the institution’s chief economist said tax cuts threatened to cause “problems” for the UK economy.

The IMF has said Britain’s priority should be tackling inflation rather than adding to the price problem through tax giveaways to achieve economic growth.

The chancellor toured the IMF’s offices and was shown art on Wednesday before talks today.

Back at home, Ms Truss is facing growing calls for another policy reversal as her MPs see more and more polls threatening a Labour landslide at the next election.

The prime minister and her chancellor have already been forced into reversing one of the many tax-cutting policies within their plan – scrapping the 45p tax rate for the highest earners.

In her first PMQs since the mini-budget last month, she pledged not to cut public spending to balance the books – despite a leading economics-focused think tank warning the government is billions short of the sums needed.

Read more:
What on earth is happening in UK markets?
What are bonds and where do they fit in the mini-budget crisis?

The Institute for Fiscal Studies has warned that the government would have to cut spending or raise taxes by £62bn if it is to stabilise or reduce the national debt as promised.

Mel Stride, the Tory chairman of the Commons Treasury Committee, said that given Ms Truss’s commitments to protect public spending, there was a question over whether any plan that did not include “at least some element of further row back” on the tax-slashing package can reassure investors.

“Credibility might now be swinging towards evidence of a clear change in tack rather than just coming up with other measures that try to square the fiscal circle,” Mr Stride said.

David Davis, the Tory former minister, called the mini-budget a “maxi-shambles” and suggested reversing some of the tax cuts would allow Ms Truss and Mr Kwarteng to avert leadership challenges for a few months.

Jacob Rees-Mogg, one of the prime minister’s biggest supporters, has suggested the government could ignore gloomy Office for Budget Responsibility forecasts if they predict low growth and rising debt.

The business secretary told ITV’s Peston that “its record of forecasting accurately hasn’t been enormously good” and that the chancellor could draw on “other sources of information”.