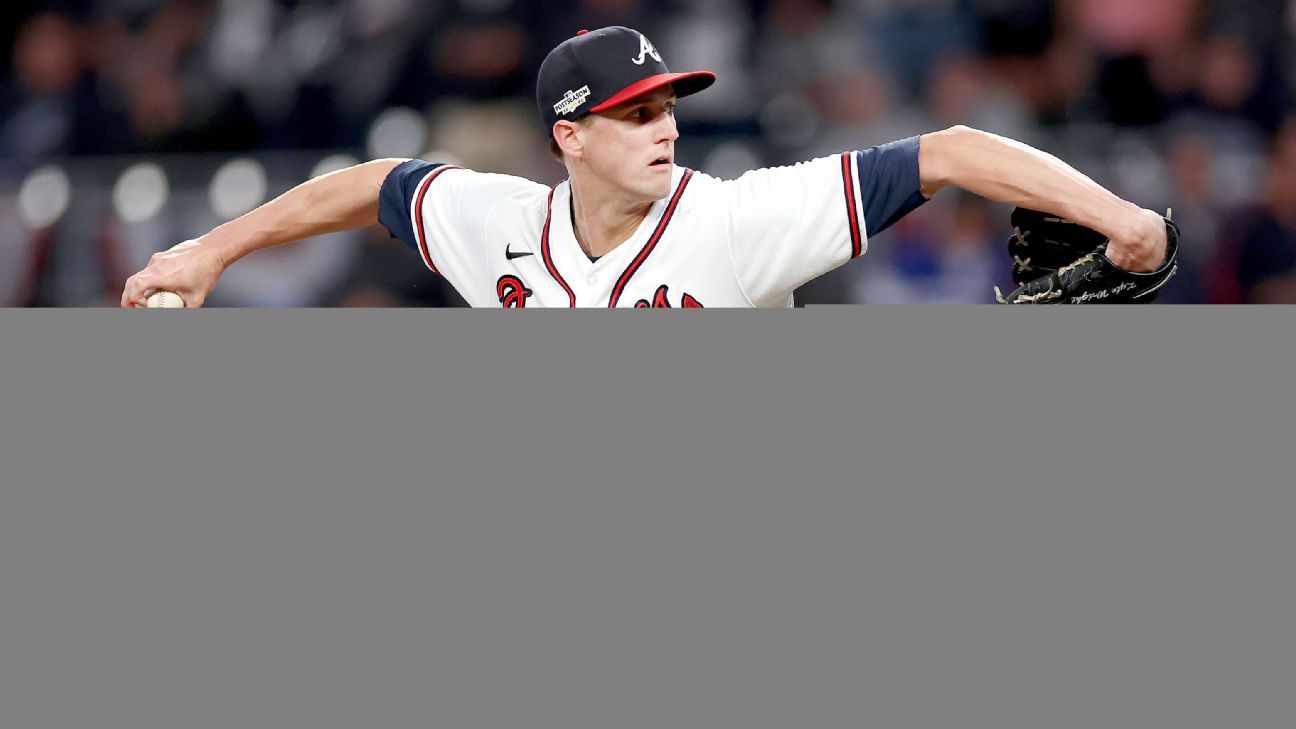 “I think that you’re just never as far (away) as you think you are,” Wright said before taking the mound for Game 2 of the NL Division Series against the Philadelphia Phillies on Wednesday night. “When I was struggling (and) I got to as low as I did, I felt like where I’m at now was forever away. And really it wasn’t.”

Where Wright is now is at the top of his game.

The right-hander shut down the Phillies over six innings while giving up just two hits and a walk in a 3-0 win that helped Atlanta even the best-of-five series at 1. It was his second career postseason start in which he threw six scoreless and allowed three or fewer hits, tied for the most in Braves postseason history. Neither John Smoltz nor Greg Maddux ever had such a game in his postseason career.

“That was pretty impressive what he did tonight,” Braves manager Brian Snitker said. “He’s been through a lot.”

Wright dominated the Phillies, working his curveball in with a lively fastball, striking out six.

Wright broke onto the major league scene in a big way in 2020, when he shut out the Miami Marlins in a postseason start after compiling a lofty 5.21 ERA over eight games during the shortened regular season. He spent most of 2021 in the minors before getting his chance, again, in the playoffs, this time when he gave up just a run over 5.2 innings of relief during the World Series.

Then came a major step forward in 2022, as he won 21 games and earned the right to start Game 2 of the NLDS.

“I keep talking about it so much it’s like I’m his second dad now,” shortstop Dansby Swanson said. “Just the maturation that I’ve seen over the last seven years is pretty remarkable.

“He’s the epitome (of) it’s not necessarily becoming something you aren’t. It’s always getting back to who you truly are.”

Added Wright: “I had success in the postseason last year, but to do it as a starter, that was pretty cool to me. I think I’ve worked on a lot of things this year. Really just goes back to confidence.”

The outcome of the night turned when Phillies starter Zack Wheeler hit Braves star Ronald Acuna Jr. with a pitch in the seventh inning. Atlanta went on to score three runs in the inning, allowing Wright to pick up the win.

“Where he’s come (from) and how he’s allowed himself to do that and what he’s done and the adjustments he’s made,” Snitker said. “He’s going to keep getting better. And he handled everything unbelievable.”

Game 3 is Friday in Philadelphia.