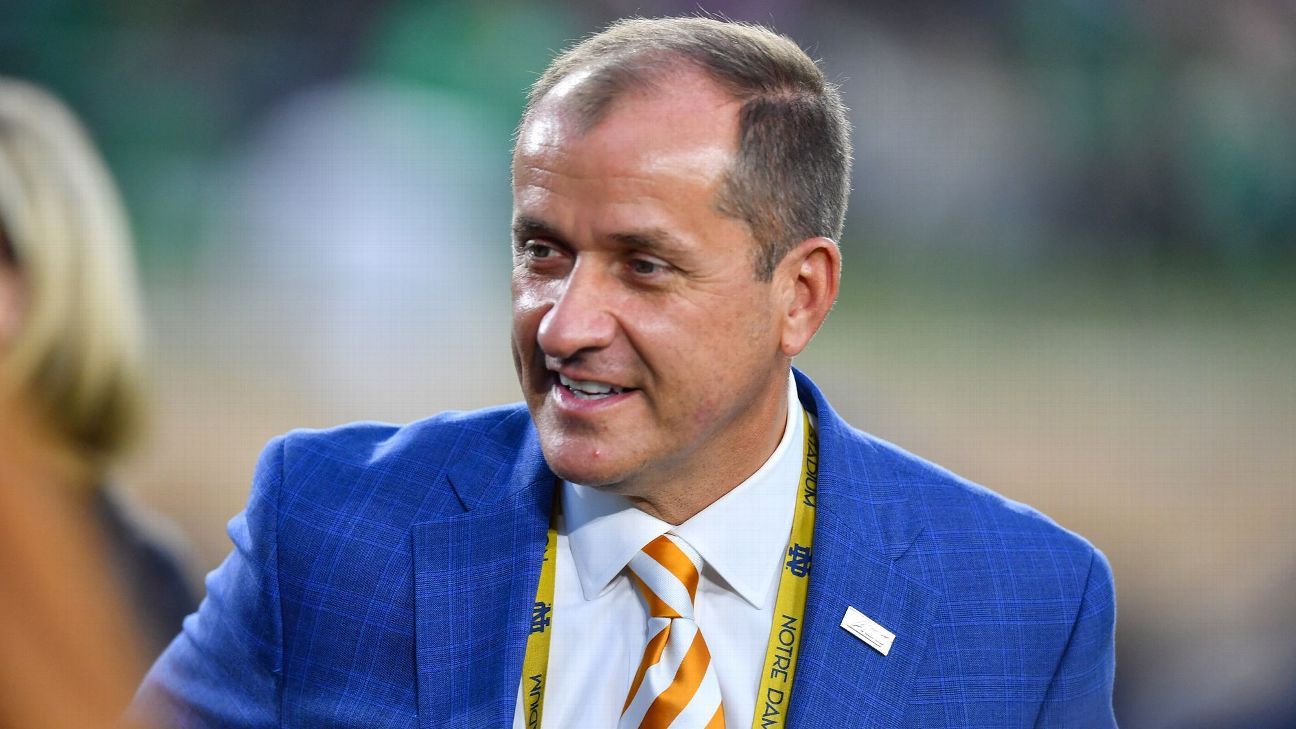 The CFP’s board of managers voted in early September to expand the playoff to 12 teams in 2026, but the 10 FBS commissioners and Notre Dame athletic director Jack Swarbrick have been working toward expansion two years sooner.

“We’re trying. We’re committed to doing it. We really are, across 10 conferences and Notre Dame,” Phillips told ESPN at ACC basketball media day. “We feel really good about the work that’s been done across all 10 conferences and Notre Dame these last five, six months. We’re really unified in trying to get it done. It’s just the logistics of this thing are difficult. Not insurmountable, but time is not a friend of ours right now. Time is not on our side.

“There’s a lot of push to try to get this thing done.”

Phillips also said “it’s time to look at” expanding the NCAA basketball tournaments. SEC commissioner Greg Sankey opened the conversation in August, telling Sports Illustrated he was willing to take a “fresh look” at the tournament.

Since then, the debate has intensified in the sport, although it seems any potential change is barely in the exploratory stage.

“It’s the crown jewel of all of our championships,” Phillips told ESPN. “There’s nothing that really duplicates it, on both sides, on the men’s side and the women’s side. So you have to be respectful of not messing it up, either, and understand it’s in a really good, healthy place. But you also have to continue to be progressive, and I try to think about those things in that way.

“I’m a believer that the [automatic qualifiers] and winning a championship matters. It should matter. I’m not interested in reducing the AQs. I’m just not. But I’m also committed to making sure those that deserve to get into a tournament should. … You’re trying to balance the access across Division I. Making sure the AQs remain there for conferences. They need that. They need that for the financial piece of it, they need it for the emotional piece of it, to be part of it, etc. But you also have a group that at the highest level is clamoring for more access for their teams. That just leads itself to discussion of, we need to take a holistic perspective and review of college basketball and the tournament.”

Phillips said the logistics of such an expansion — the calendar, the format, the financial aspect of it — haven’t been figured out yet, but there’s an interest in exploring it.

“More access, more opportunity for more young men and women,” he said. “There’s a lot of positives to that.”

ACC coaches were split on whether to expand the NCAA tournaments. Miami’s Jim Larranaga and Syracuse’s Jim Boeheim were in favor, with each having his own preferred format.

Larranaga would like to see all 32 conference champions receive byes, while 64 at-large teams play in the first round.

Boeheim would like to see the First Four in Dayton be expanded to every first-round site, which would allow the tournament to still fall within its typical three-week window.

Virginia’s Tony Bennett likes it the way it is but wouldn’t be opposed to minor expansion.

“I think the NCAA tournament is arguably the best, from start to finish, the best sporting event going,” Bennett said. “I don’t want to lose what we have. If we have a little bit of expansion and it doesn’t take away and it’s not a major shift, I’d be for that. I would protect what we have, and if there’s little adjustments, a few more here and there, I’d be for that, but not a major overhaul.”

Virginia Tech’s Mike Young would opt for the status quo.

“I’m a purist,” Young said. “I don’t like it. … Why would we dabble with something that’s been so successful, that’s been so unique to the world of athletics, that is enjoying enormous popularity and has forever and ever?”

Follow live: Kershaw, Dodgers eye 2-0 lead vs. Padres in NLDS
Follow live: Braves look to pull even with Phillies in Game 2 of NLDS